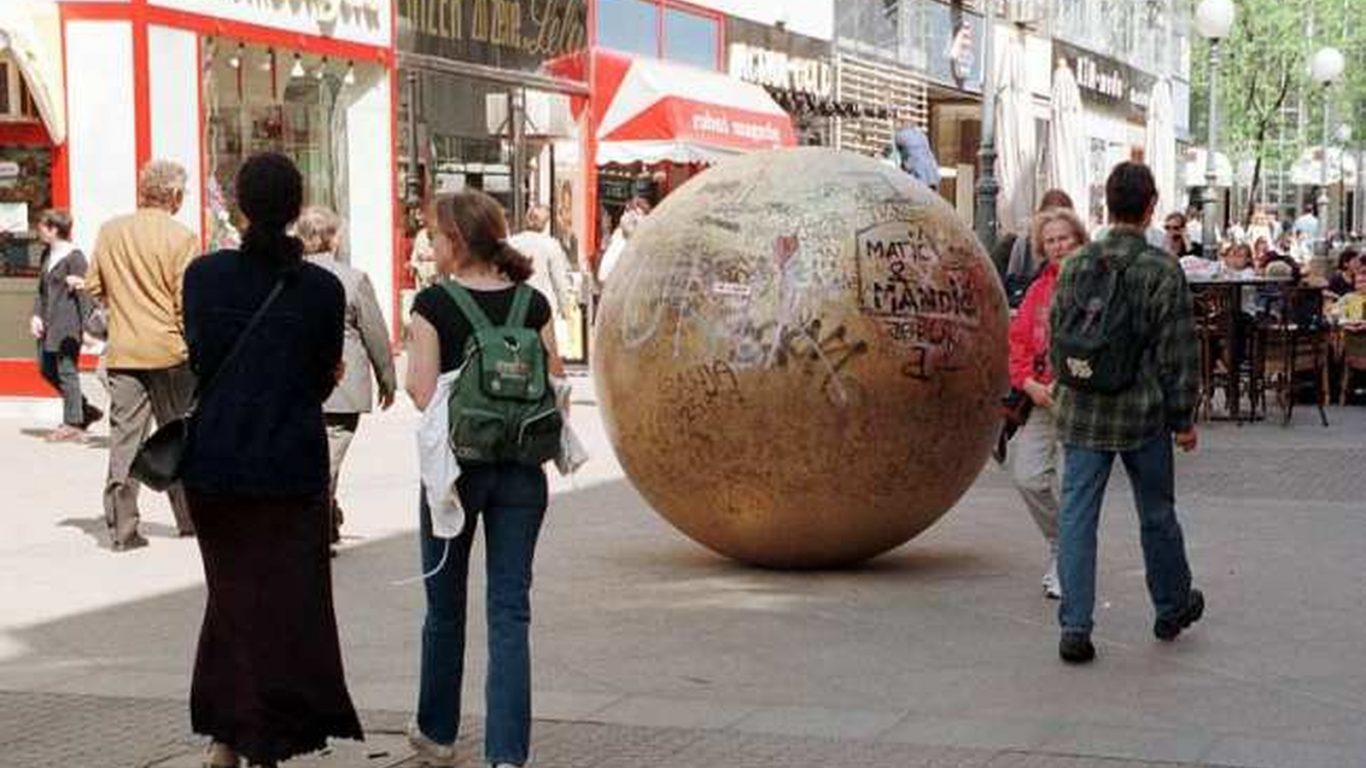 Everybody who’s anybody is sure to be seen sipping a cup of kava on Saturdays in Bogoviceva Street. But even the shiniest of  personalities have trouble attracting all the attention next to the large yellow sculpture located there. On a small junction with Frane Petrica Street is a huge bronze sphere called The Grounded Sun, the work of Croatian artist Ivan Kozaric. It was initially displayed next to Zagreb’s National Theater, but it’s been at its current location since 1994.

Exactly one decade later, in 2004, a different artist, Davor Preis, grew the solar system started by Kozaric by adding the grounded planets of our solar system to the grounded sun. This was done respecting the scale of real astronomical bodies. By calculating the size of grounded sun, Preis determined how far the planets must be apart in order to imitate real-life distances. He also carefully measured how big they needed to be in relation to Bogoviceva’s sun.

Here are the locations of all the planets (they are actually bulged spheres, framed with an explanation and measurements). If you are a fan of astronomy, you might want to seek out these  pieces of art, known under common name “Nine Views”

Find them all and… well, rejoice! You’ve discovered one of the least known secrets of Zagreb!