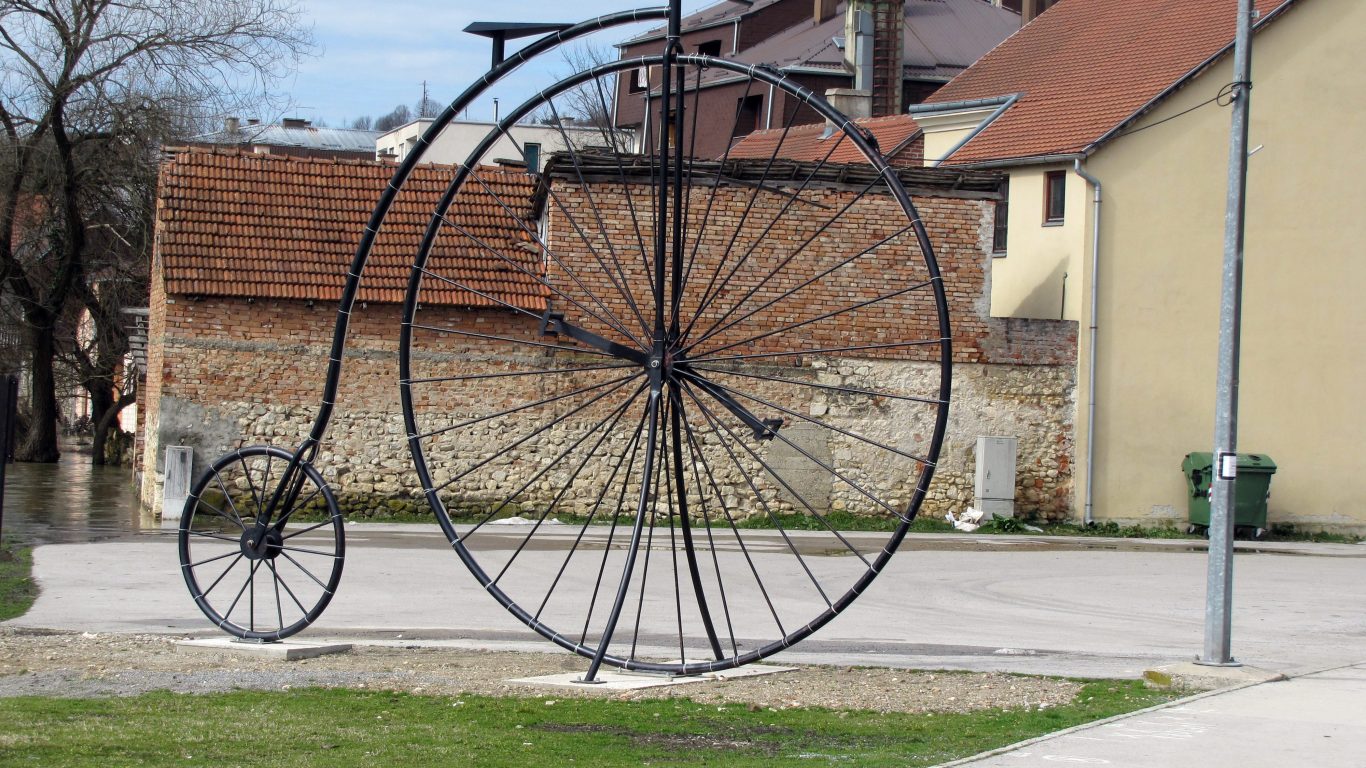 Have you ever wondered what first bicycles looked like? Unlike modern examples which often tend to be small and compact, the old cycling models were boasting with their size.  The first wheel was especially large and pedals couldn’t be reached by any driver. However, these means of transport were an important step towards cycling mobility and have largely contributed to its culture. 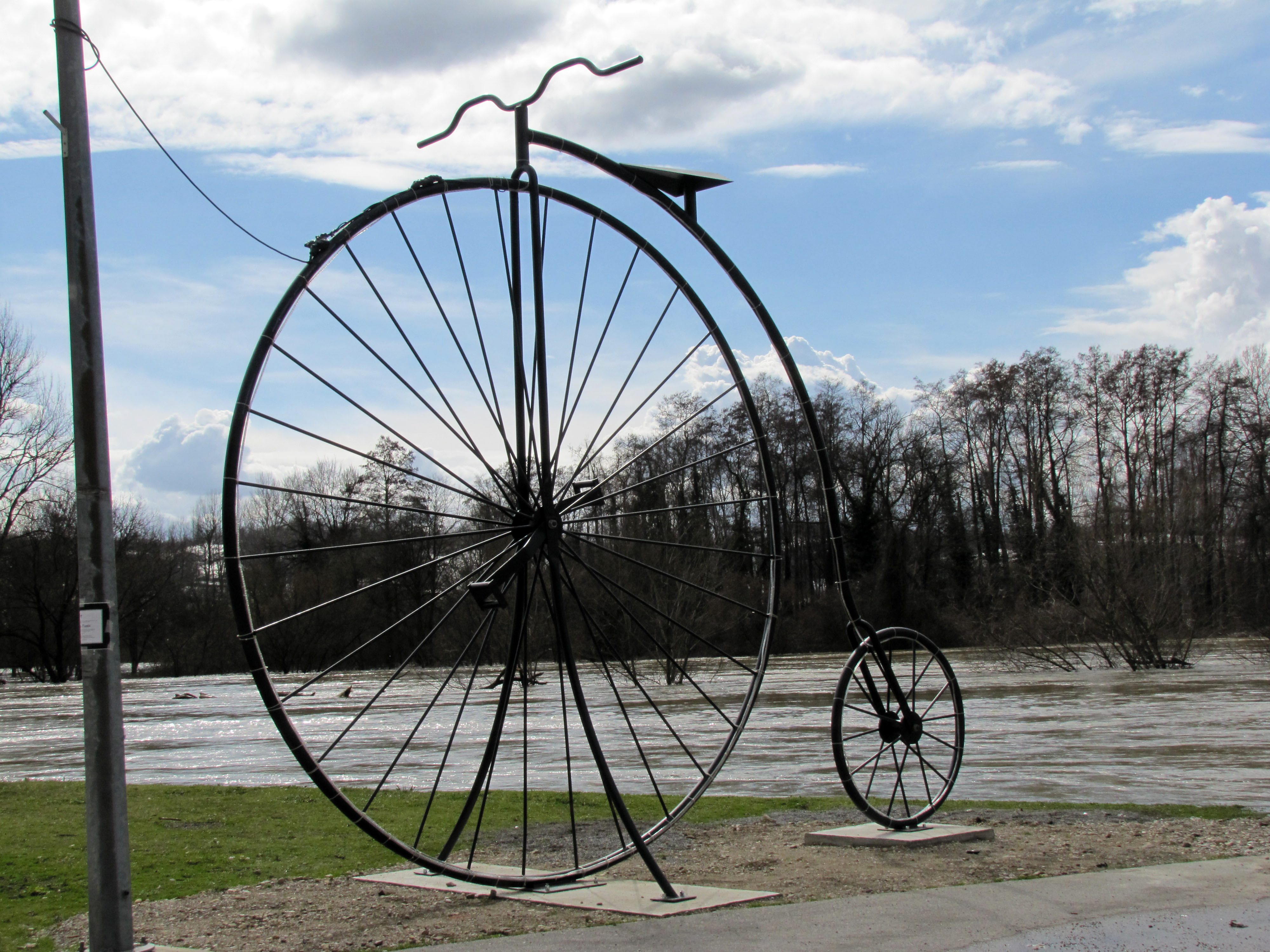 In order to cherish this interesting part of history, people of Sisak-Moslavina County made several public installations depicting old bicycles. They can be found in several settlements, including Hrvatska Kostajnica.

The county has also abundantly invested in its cycling tourism. This region of Continental Croatia has more than 1000 kilometers of arranged tracks, making it a great destination for fans of outdoor activities. You may wish to join hundreds of cyclists that traverse the beautiful sceneries around Hrvatska Kostajnica, no matter the age of your mount.