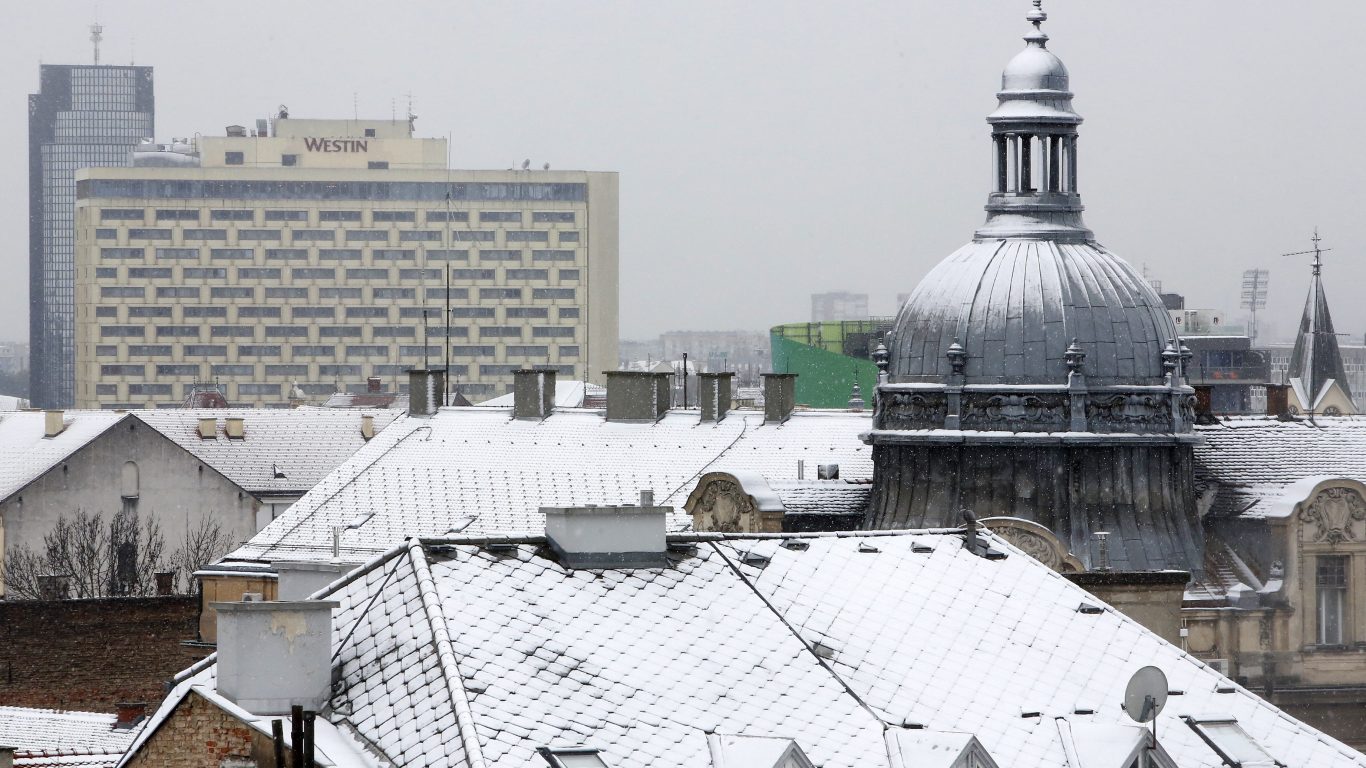 Remember those sun-filled moments you had in Croatia just couple of months ago? They will have to stay in memory for some time, as the colder season of the year decided to embrace the country in full capacity. Snow has already fallen into Croatian highlands, but the capital city was spared from the white layer until yesterday.

Slowly and perhaps a little shy, the first snowflakes begun to form in the skies above Zagreb. Little by little they gained in size, taking form a slight snowstorm. Despite its low strength, it managed to cover the roofs and streets of Croatian capital, suggesting that locals are bound to have a white winter ahead.

Croatia is usually perceived as a prime summer destination in Europe. It has numerous coastal regions, hundreds of gorgeous islands and many unique features that attract visitors from all corners of the globe.  But fancy beach localities are not the only reason to visit Croatia. It may serve as a very pleasant spot to spend wintery part of the year. After all, Zagreb had the best Christmas Fair in Europe for the last two years in a row. The newly arrived snowflakes are quite nice introduction to upcoming months.