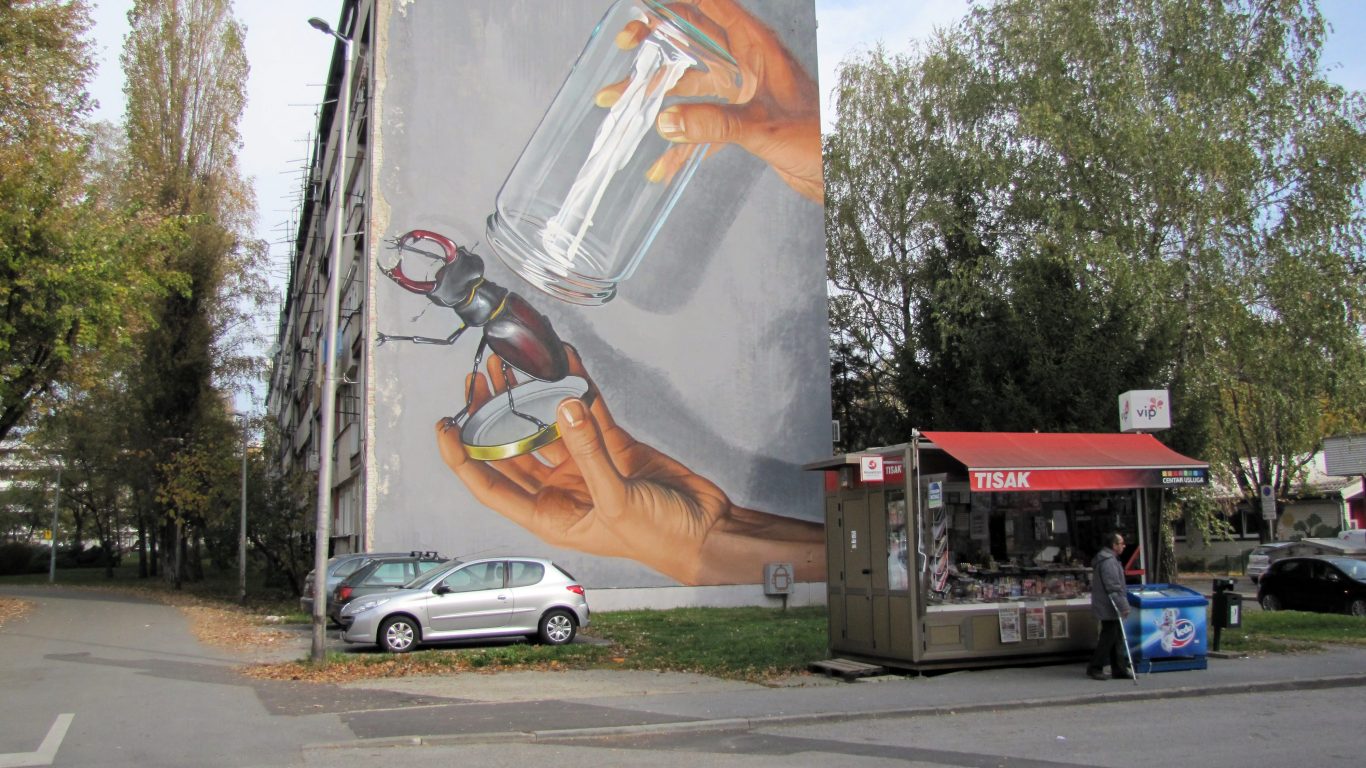 Sisak can be found in central Croatia, at the very beginning of what is considered Posavina Region. Situated on the confluences of three rivers (Kupa, Sava and Odra), it is a settlement of rich history and cultural importance. But Sisak is also a town of contemporary times, as proven by artistic festival Re:Think. Every year, this event includes a rather unique activity: it gathers some of the most prominent mural drawers in the world, who are free to decorate walls and structures of Sisak as they find fitting. 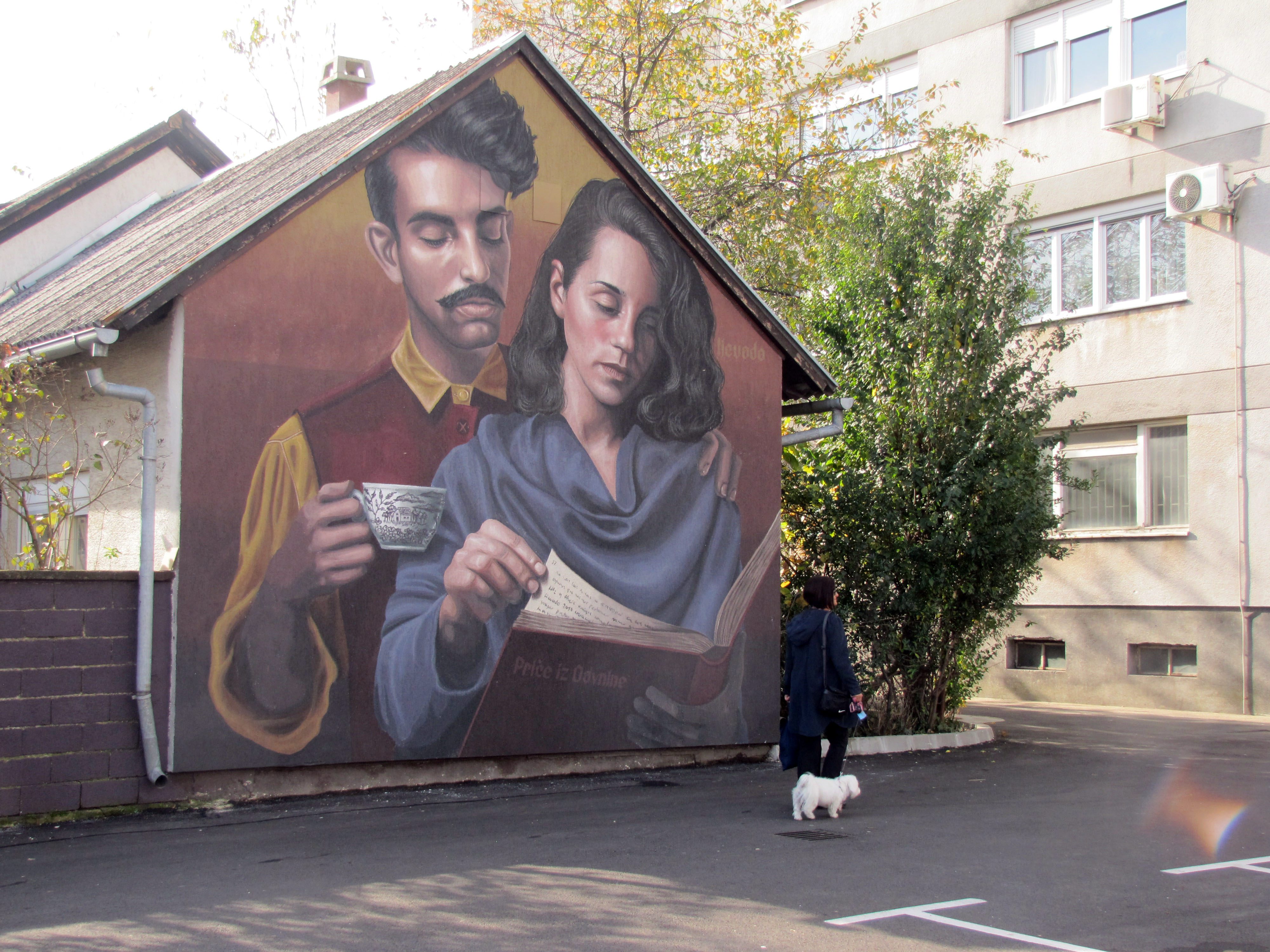 Murals of Sisak soon became a local attraction, and there are even plans to institute a guided tour that would introduce visitors with this original feature. Annually, more than dozen illustrations are added to city landscape, ranging from those of reflexive nature to those which are associated with the hosting building. As Re:Think is of international nature, artists from all the corners of the world contribute with their ideas and craft, leaving a piece of their own mind in Sisak too.

If being in Posavina, consider visiting murals of Sisak. You may observe some of these in our image gallery below. If having your own images of this great Croatian city, feel free to share them with our online community on Facebook.