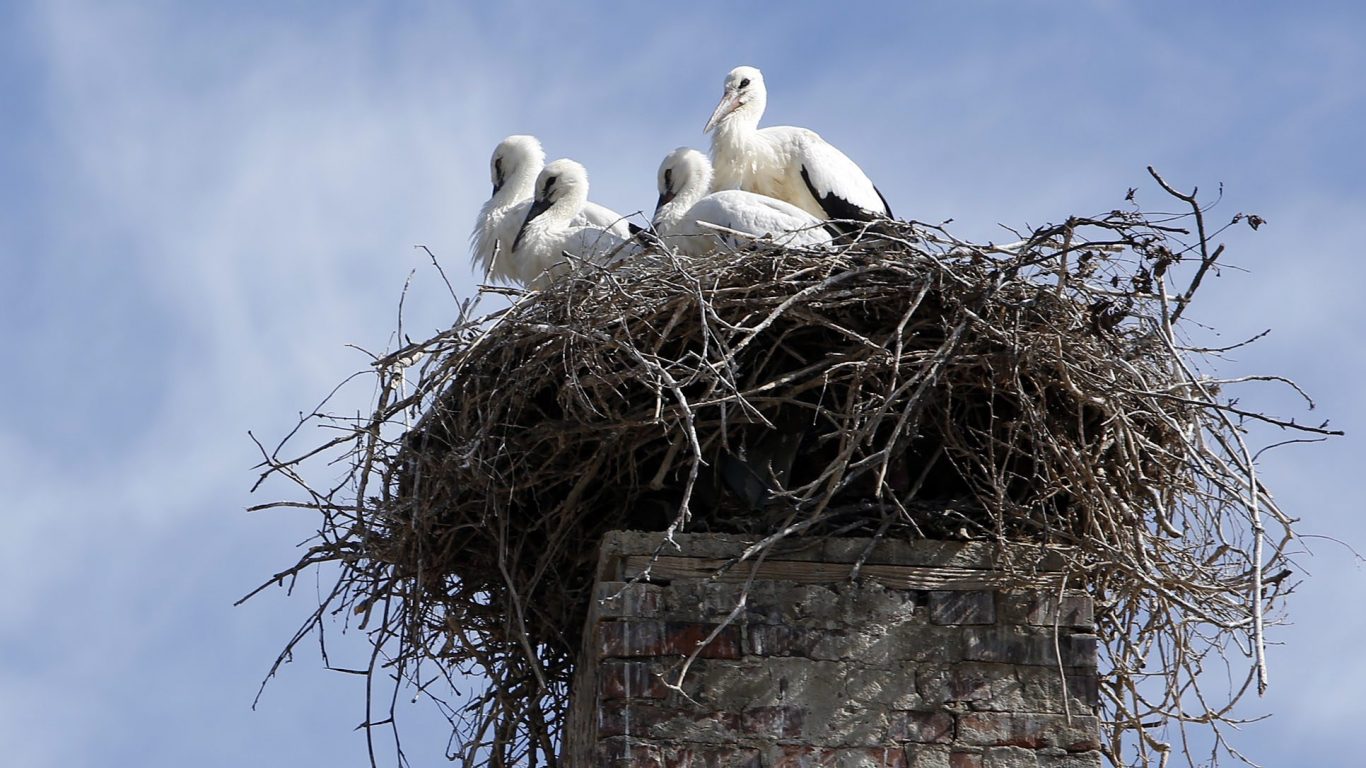 Storks are fascinating animals. They communicate just by sounds of their beaks opening and closing, and their specific body shape inspired engineers of 19th century to experiment with mechanical sailing vessels. Every year, they traverse thousand of kilometers during migration across Europe and Africa, in search for more suitable climate. And their habit of making nests on pillars and chimneys makes them even more charming. If you drive across Croatia, you are bound to see at least one of their feathery families dwelling on such locations.

The story of Klepetan and Malena, a couple of Croatian storks that share love despite exceptional distance, has moved a lot of animal lovers. Yet, they are merely one pair of these animals that inhabit Croatian skies. For example, the village of Mali Zdenci in vicinity of Daruvar is going through a literal baby boom of stork families. Several new nests were formed on local infrastructure, putting smiles on faces of residents and their guests alike. The images in this article have been made exactly in the aforementioned village.

These nests feature a lot of eggs and young birds. Thanks to hospitality of Mali Zdenci, storks are destined to have a stable population and continue to entertain their viewers.

Also watch: A touching message of a Croat to Lebanese President.