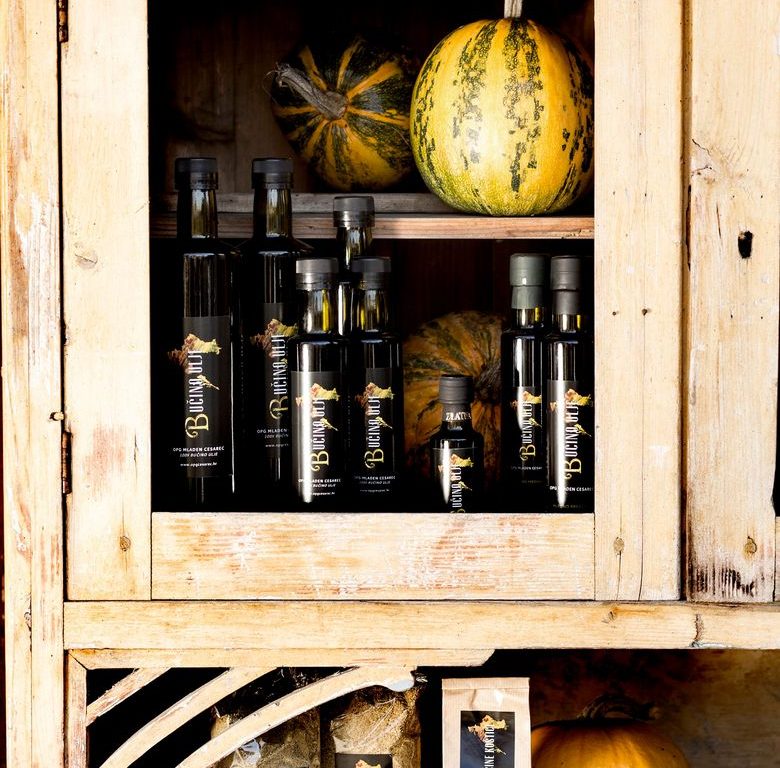 Don’t believe the advertising hype. Fine reputation is still the best commercial you can have, especially if we consider food industry. For some time now, people have been lauding the fine veggie oils that come from a certain pumpkin farm in Croatia’s Oroslavlje region. Just a few drops of it can turn a simple bean salad into culinary masterpiece, making it tasty enough to be served as a sole meal. These tasty traits come from the settlement called Stubicka Slatina, their source being OPG Mladen Cesarec. For those unaware, OPG is abbreviation of Croatian term that describes small family firms that deal with agriculture. They are usually associated with traditional ways of harvesting which don’t include any chemicals or artificial means. 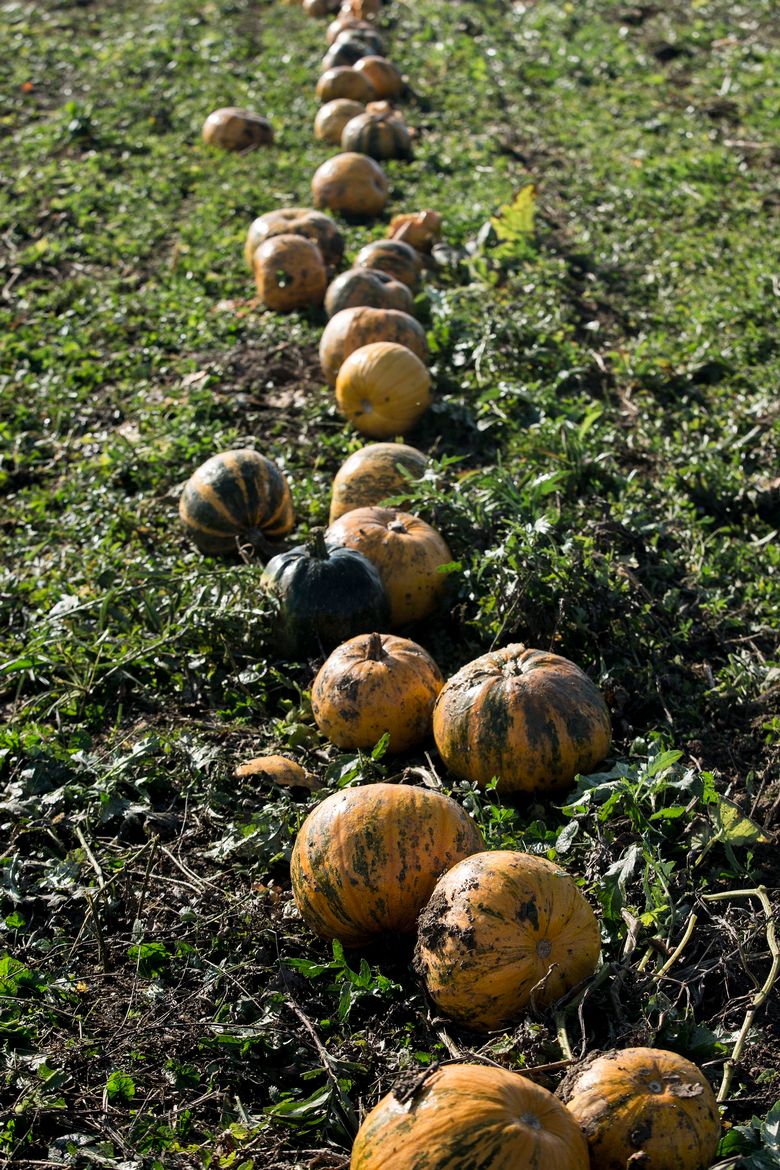 As the name of OPG suggests, Oroslavlje pumpkin farm is owned by Mladen Cesarec, a passionate and dedicated agricultural worker that recently won two golden awards for his oils in Ivanic Grad. Our team has visited Mladen’s outdoor farm surfaces, and asked him about his goals and professional achievements.

“Our pumpkin farm begun with one field, and we produced the oil only for our own needs. It didn’t take long, and we have run out of supplies. We’d gift them to family and friends, and their feedback suggested we have a great product. They wanted more, so the bottles would just disappear,” Mladen explained. “We made one step further, and today my entire family contributes to our pumpkin kingdom. From my elder father, to my youngest child, we all have our duties.” 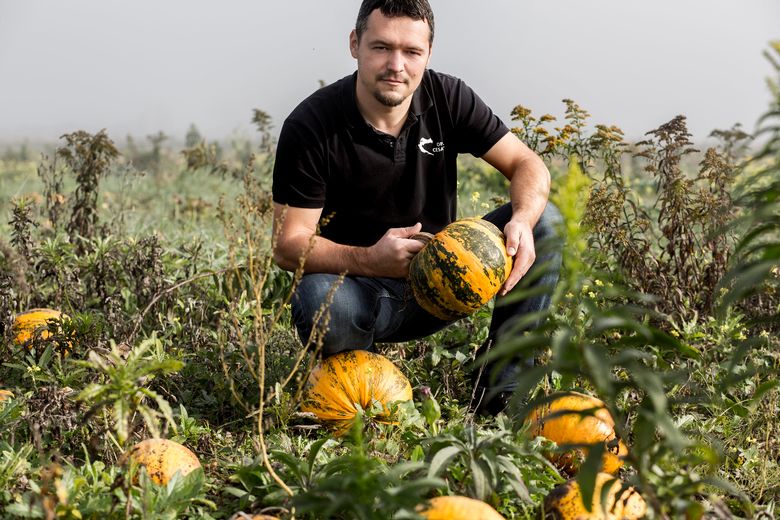 Harvesting the veggies is just one part of the production line. Cesarec family home has a special facility in which seeds are separated from the rest of the pumpkins. The seeds are then dried and put in storage that protects from sunlight, as it can influence the color and quality of the oil later.  In some cases the pumpkin oil is combined with that one of the sunflower, which makes the final product great for salad seasoning.

“Cold-pressed oil is the healthiest variant. It is received from the raw pumpkin seed, and has a very strong taste. However, most people use the warm-pressed oil, which comes from the seeds which were grilled previously. It has even more intensive aroma, “ Mladen noted, adding that buyers should inform themselves about what they buy. “Some not very ethical sellers stick a label on their product, claiming it is 100% pumpkin oil, while in reality it is a mixture of several oils. They shouldn’t do that, neither should they charge the same amount as for the genuine bottle that contains just pumpkin-made liquid.” 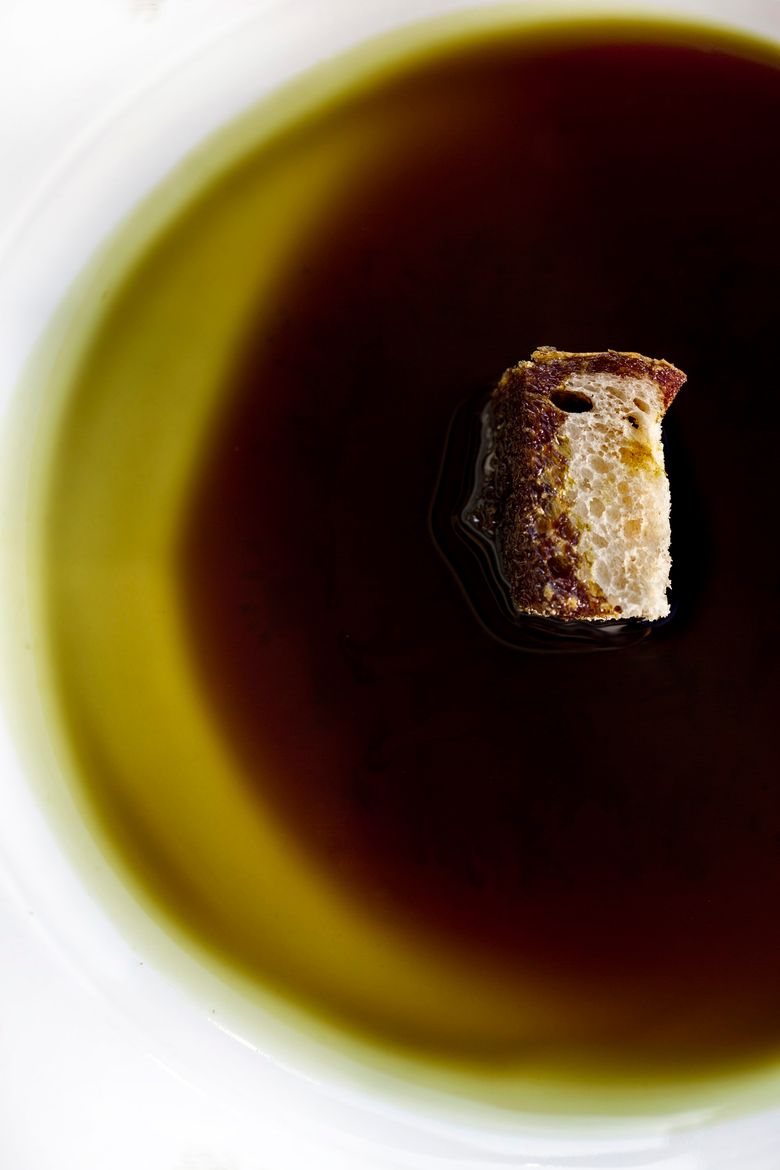 The pumpkin farm is running a great business, but Mladen plans to add more items to his catalogue. One can soon expect walnut and sunflower oils, coming from Oroslavlje. “We have great plans, but we don’t want to gain quantity on expanse of quality,” he concluded.

Find olive oils of this notable OPG in Veronika stores of Zagreb and Rijeka.