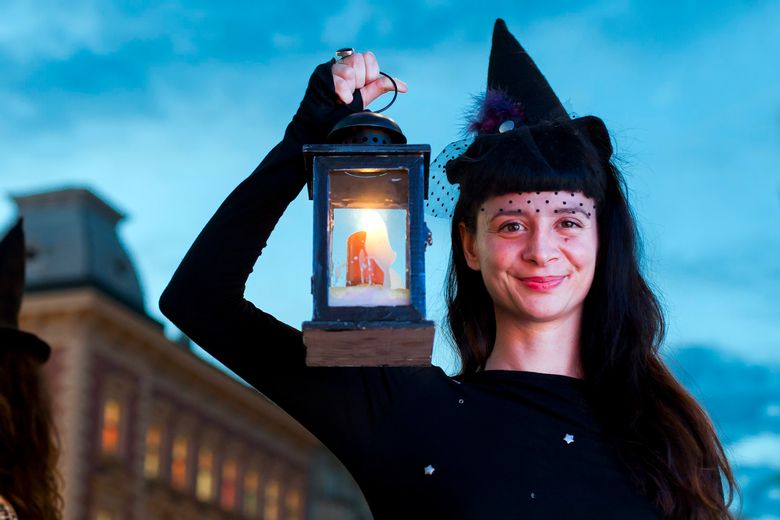 A rather unique gathering happens every Friday, Saturday and Sunday at 9 p.m. on Zagreb’s central square of Ban Jelacic. A young woman, dressed in a mystic robe, offers tourists a witch hat and a possibility to attend a 90 minute tour of the city. The one that will feature magic, potions, spells and history as it really happened.

As the attendees start their voyage, they are introduced to Zagreb’s secret past. In times long passed, the city served as a dwelling point to a number of experts in magic and witchcraft. In certain ages, these individuals were persecuted, and more than 200 people were killed for alleged astral practices.

During the tour, the attendees receive magical stones from Mandusevac that share wisdom and advice for one’s living. The experience continues next to Cathedral, where the Church’s role in witch persecution is noted. In Opatovina park, a real witch will provide every attendee with a recipe for a secret potion- some might relieve fatigue while the others can increase the love interest of other people.

Afterwards, the attendees even witness rising a spirit and have an opportunity to have their futures told. A lot of them note that the witch doing the latter was rather successful in detecting their secrets and doubts. Although merry and full of surprises, the tour also includes some grim details on where the witches were ‘pacified’  and by what means.

This unique tour, organized by Gornjogradske Coprnjice, has been awared by Luxury Travel Guide in 2016. It is indeed a fantastic experience, both informative and entertaining, that you can be a part of during summer months in Zagreb.  The fee for attendance is 111 HRK / 15 € for grown-ups, and 88 HRK / 12 € for children under twelve.

Learn more about it on the tour’s official website and do consider exploring this rather uncommon side of Zagreb’s long history.