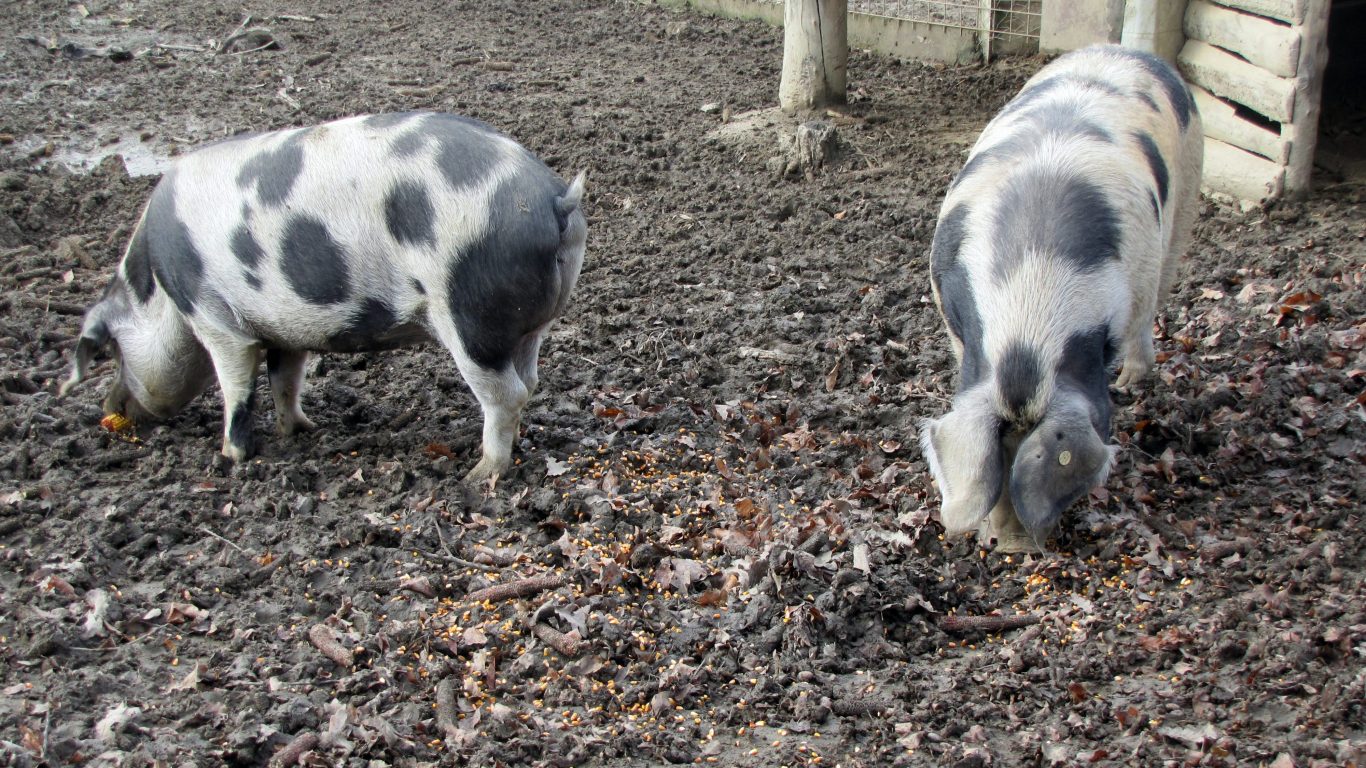 Here’s a kind of news you don’t receive every day. Croatian Ministry of Agriculture has confirmed that a new kind of pig has been declared on Croatian soil. The novel species is called Banijska sara and its settlement of origin is a village of Srednje Mokrice. The local swine owner Zeljko Horvat was very proud with his achievement, knowing that his farm has become a vital site to Croatian swinehood. As a matter of fact, the paper form of official species recognition was brought to Srednje Mokrice by Minister Tomislav Tolusic himself.

Banijska sara is a white species of pig with distinctive black dots. In a way, it is a pig response to everyone’s favorite Croatian dog Dalmatian. May the new kind be equally successful in promoting the country across the globe! It may even become one of Croatia’s unofficial symbols.

Jokes aside, the achievement is more than considerable. In order to form a new animal species that is genetically distinctive from others, one needs to have a lot of expertise and understanding of natural processes involved. Banijska sara will hopefully blossom in upcoming generations, reminding us of the world’s beauty and diversity that surrounds it.

The village of Srednje Mokrice is close to Petrinja, a notable town in Croatia’s continental region. As these parts of the country are becoming more interesting in tourist context, you may wish to check it out during your Croatian adventures.