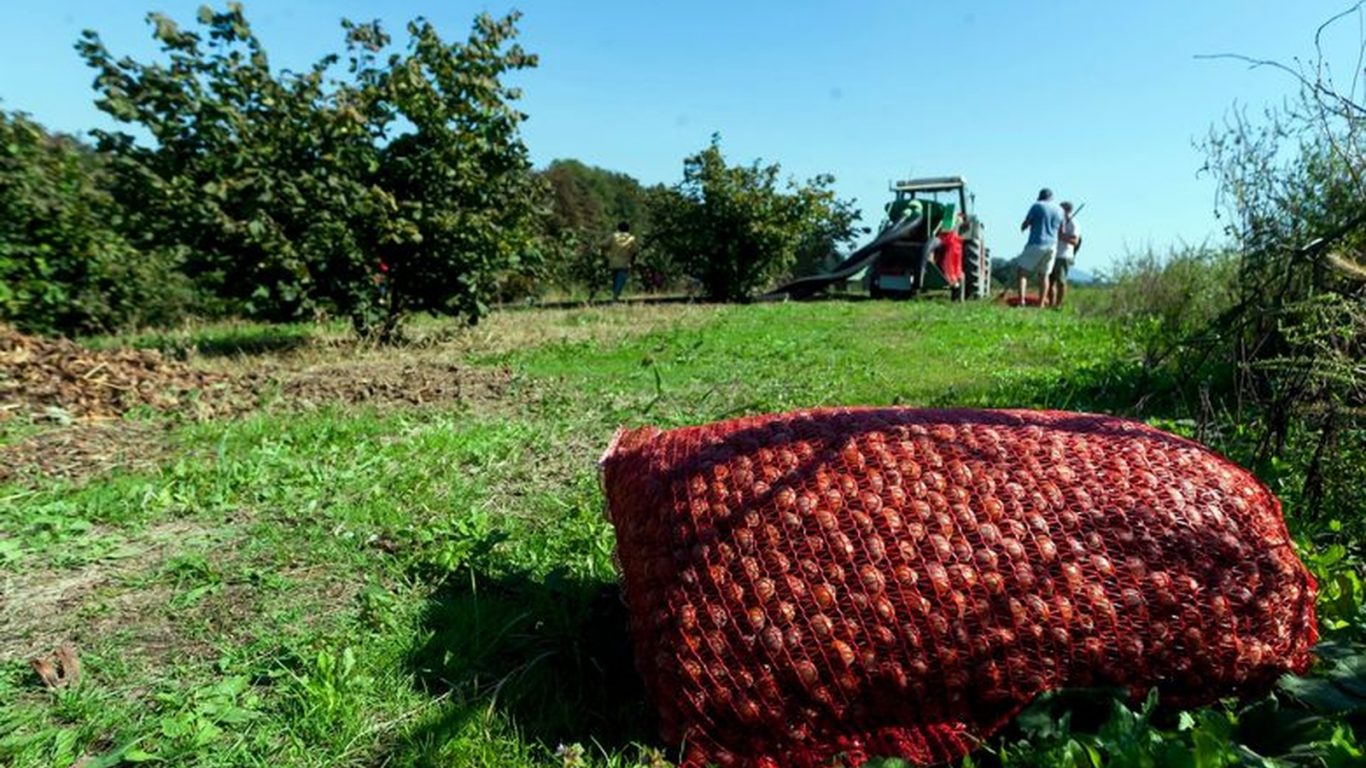 Every September Klimes family of Golubinjak settlement has an important task to fulfill. They leave their picturesque home for their private forest areas only to do one thing: organize a hazelnut harvest. The brown-crop business has been blooming since its introduction in 1987, when Zvonko Klimes decided to plant the first trees. “Everybody in the village told it was a bad idea and that I should stick to usual crops such as corn and potatoes. But I decided to go with hazelnuts and have no regrets,” Zvonko explained. 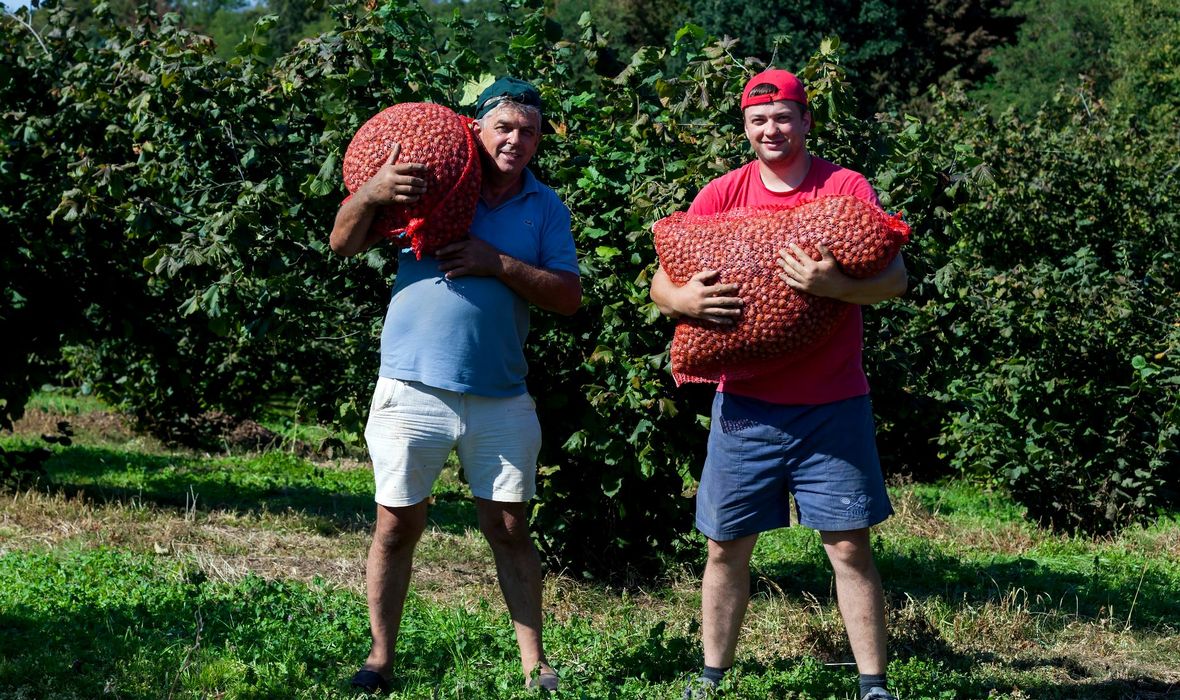 From initial 550 trees, Klimes family forest reached amazing 3050 hazelnut-producing units. They are among the largest deliverers of the good in Bjelovarsko-Bilogorska County. But have no illusions- having a hazelnut harvest is not an easy job. Before having modern machinery, several dozens of workers would manually pick up brownish crops from early morning to late evening hours.

“The machines helped a lot.  What used to be a month’s job now finishes in a single week,” Zvonko noted, climbing on his red IMT vehicle. In addition to tractors, the family also invested in the mechanized harvesters that suck the crops in the similar way as vacuum cleaners. However, some part of the job still requires manual work and assistance of simple tools. 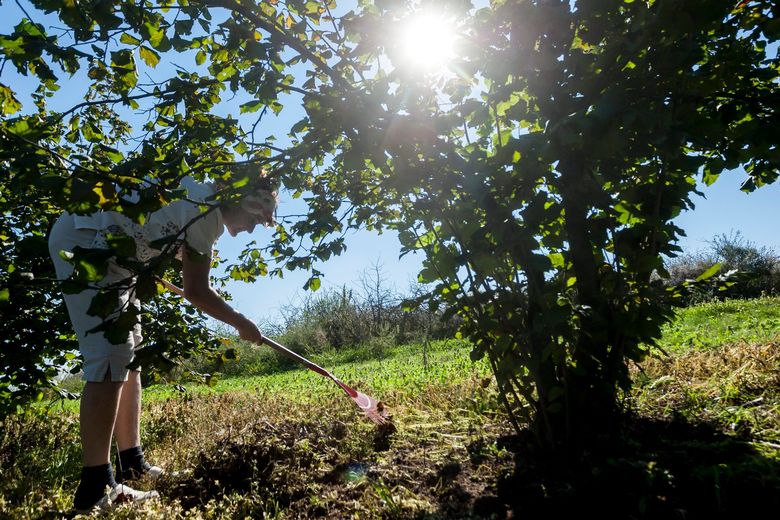 “First you shake the tree a bit so that it releases the nuts. Most of them are already on the ground, but it won’t hurt to make a few shakes. Then, you put all the fallen nuts on a single spot and suck them with the device. Finally, you check out if some of the crops are still on the branches and pick them up manually.”

Our team has joined the hazelnut harvest and participated in all the associated activities. The biggest issues were spider webs that were found in abundance and the strong exposure to sun. However, it was a pleasant outdoor enjoyment and an adventure of its own kind. 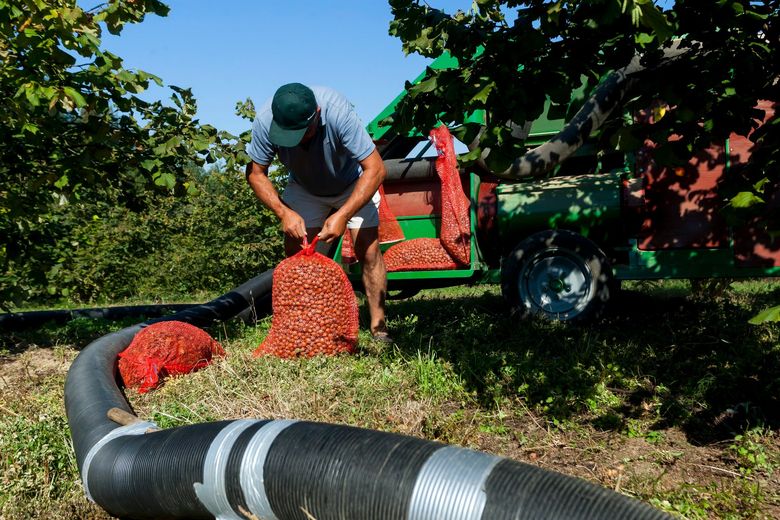 Check out what harvest looked like in our image gallery below and consider visiting the lovely village of Golubinjak. It can be found in vicinity of Daruvar, a town with well-known beer industry.