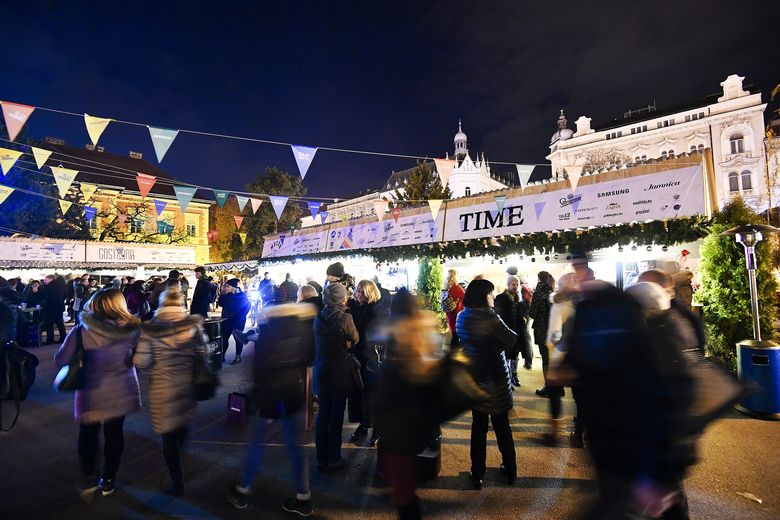 Can Zagreb win the title of Europe’s Best Christmas Market for the third time? If it does, you can bet Fuliranje will have something to do about it. The annual manifestation is part of grandiose spectacle that is Advent in Zagreb, and is located on Strossmayer Square, in the very heart of Croatian capital. In local slang, ‘fuliranje’ is word used to describe courting to the ladies, but in this case, it is courting of city’s best restaurants for your attention. Most of them have their stands on Strossmayer square, and are prepping special delicacies just for this event. 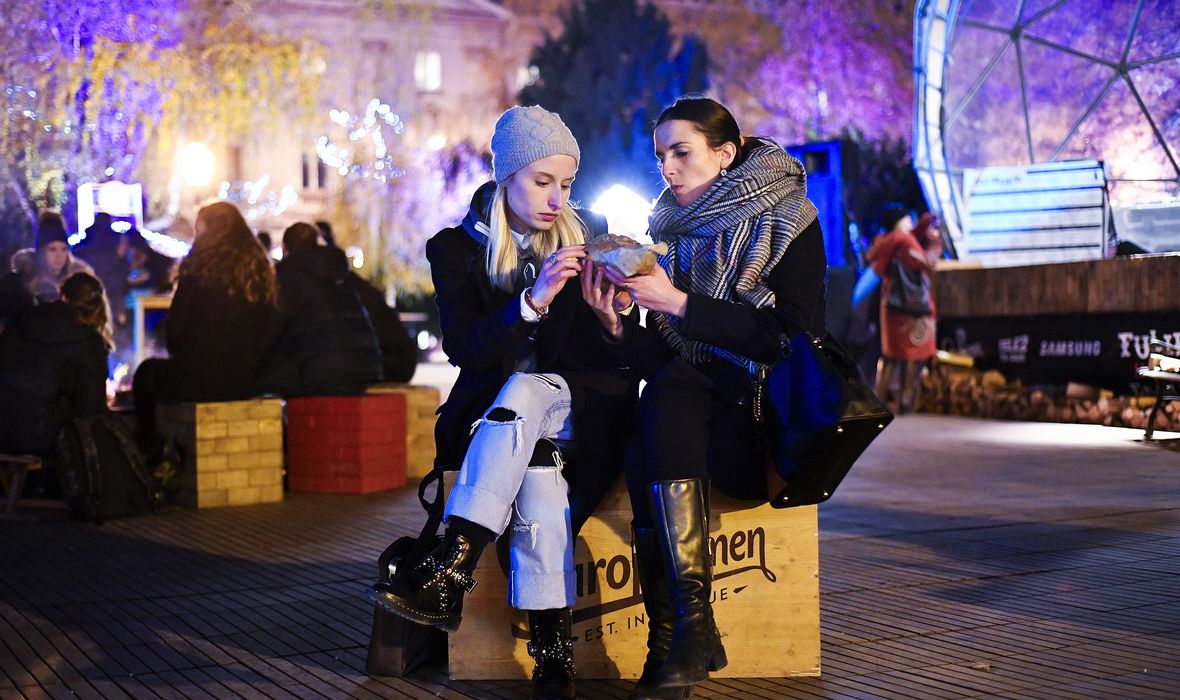 Here is our guide that covers bests-and-second- bests of Fuliranje! It was made by editorial board of Dobra Hrana, a very influential Croatian magazine that deals with local food scene. Of course, these short reviews are of subjective nature. It is highly recommended that you visit Zagreb Advent, and form your own opinions of the offered delicacies. 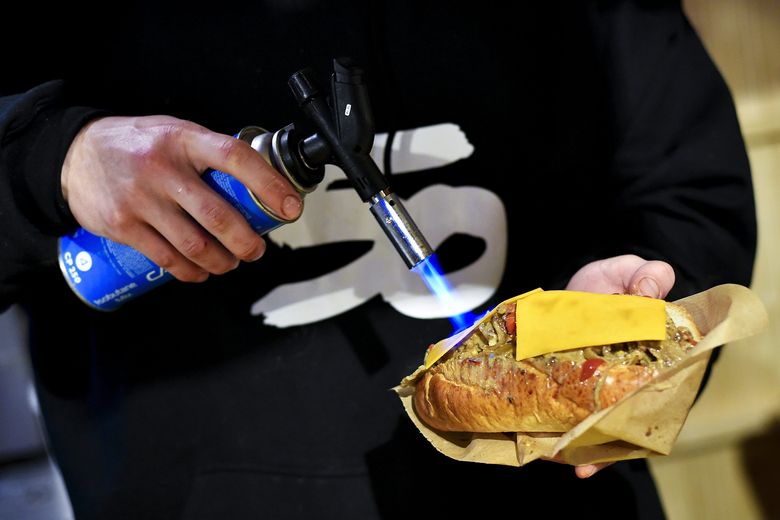 The stand offers impressive presentation of its meals. We tried Philly Cheesesteak, which is essentially sirloin meat stuffed with cheddar and generous quantity of philly sauce. For drink, we took a glass of craft mulled wine. Everything was exceptionally good, but felt slightly disappointed with notably high pricing. Cheesesteak is being sold for 72 HRK / 9.50 €, while wine was provided for 22 HRK  / 3 €.

A meal called Beef Salchicha should be sausage, as it derives its name from Italian word salsiccia. However, it looks much more similar to typical sis cevap, a slightly spicier version of what could be Balkan’s favorite food. That aside, El Toro is really a stand one could recommend. For 40 HRK / 5.25 € we received fine piece of meat in a quality bread bum. We could sense every ingredient and spice, including anis, nutmeg and pepper. As a side dish, we ordered a small salad, which comes in form of baby spinach, coleslaw and Amarillo mayonnaise. 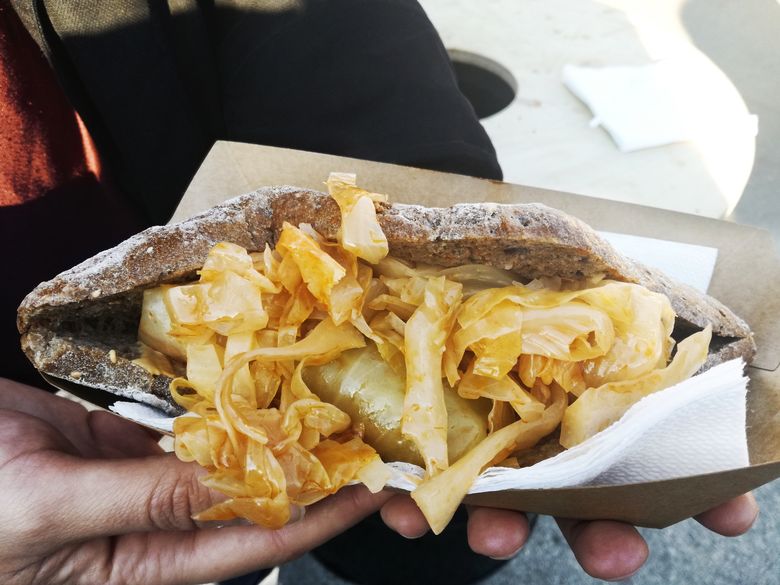 A stand that everybody seems to talk about offers great rolled cabbage meals (or as Croats would say, “sarme”). You can be sure to receive value for money. For merely 28 HRK / 3.70 €, you will get two rolls, finely toasted bread and two sauces for selection (mustard and sour cream). As in every sarma, cabbage is rolled around meat, which has bits of bacon for extra taste (something we must laud, as this is not common ingredient). Attendees of Fuliranje should be aware that stand has limited number of sarma dishes, so the quantities might be depleted later in the day. Mulled wine is also worthy of lauding, and costs 14 HRK/ 1.85 €. 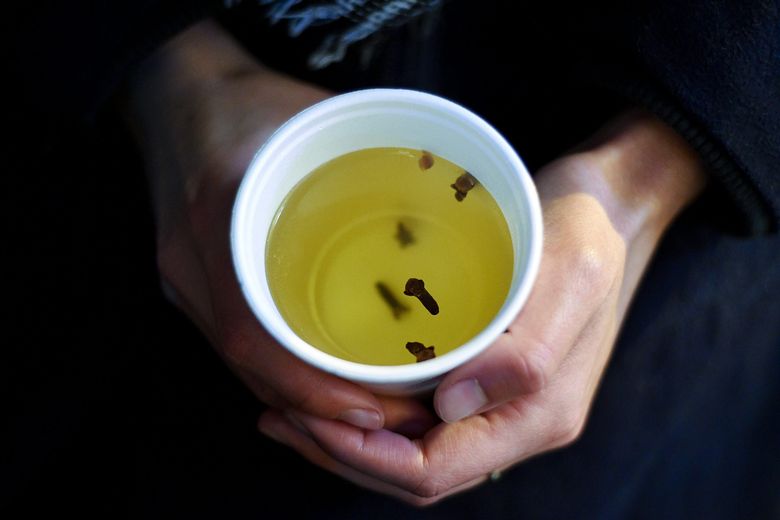 Brownie with ice-cream costs 25 HRK / 3.31 €, but Casa Blanca’s strength lies in fine mulled wine (merlot to be precise). Unfortunately, the white-colored alternative is not following in quality, but that might be a matter of taste. We like red much more. Both are priced the same, 14 HRK / 1.85 €. 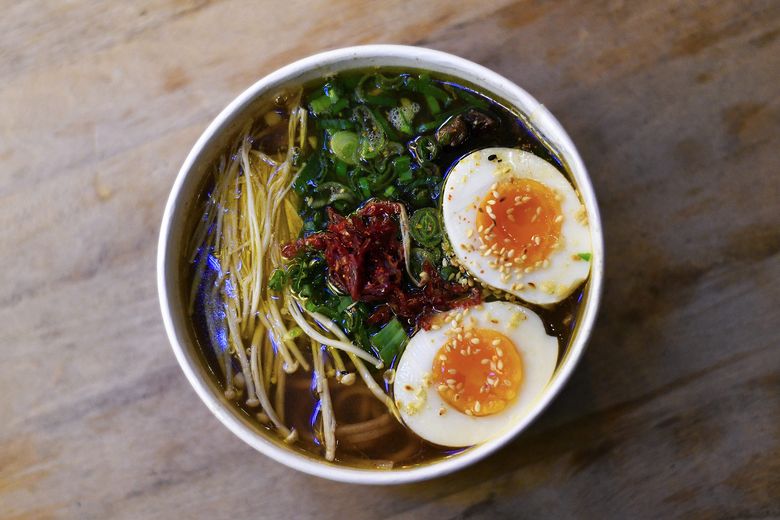 Fritulas are traditional pastry bites, that are no stranger to Croatian outdoors in colder season. Zagreb’s famous restaurant Time opted to offer precisely these little specialties to everyone attending Fuliranje. Rich in apple and vanilla stuffing, it is a delicacy that easily finds audience despite the price of 25 HRK / 3.30 € per fritula. A dish of distant Japanese culture, ramen, is also on the menu. A considerable portion that is full of meat, noodles and onion costs 50 HRK / 6.50 €, but still receives our thumbs up and we do recommend it. 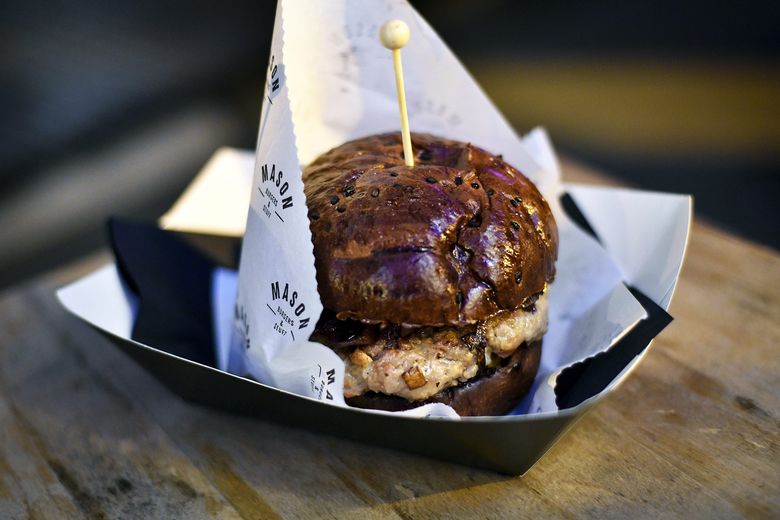 We were always fans of Mason, which is an exquisite burger restaurant from Istria. Yet, we must admit we were slightly disappointed with their offer on Fuliranje. SSG burger with Istrian sausage, radicchio and aceto balsamico was lank, and veggies were bitter.  The meal costs 58 HRK / 7.70€. The alternative ZGB burger, served with ham hock, horseradish and apple seems as a better choice. 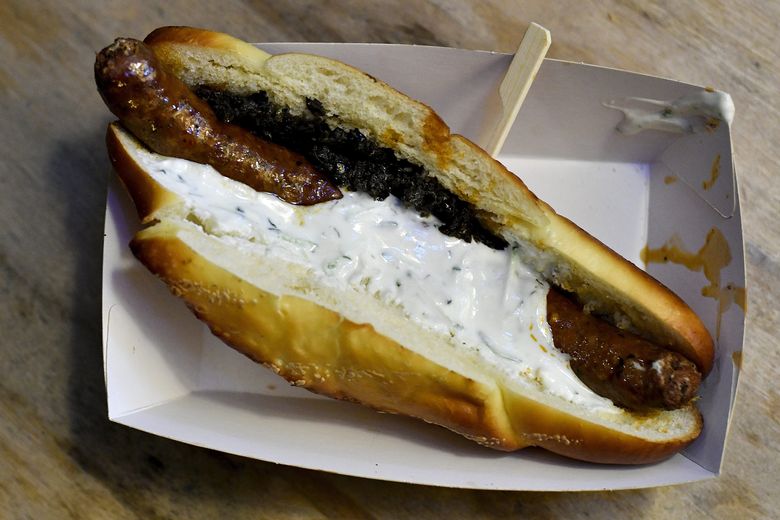 We ordered a lamb-meat sausage called merguez, which came with tapenade and tzatziki sauce, coupled with brioche bread. The combination is worthy of praise. In addition, RougeMarine serves some great germknoedels, with plenty of jam. The aforementioned sausage costs 42 HRK / 5. 50 €. It is pricy, but due to exceptional quality, we can’t have any remarks. 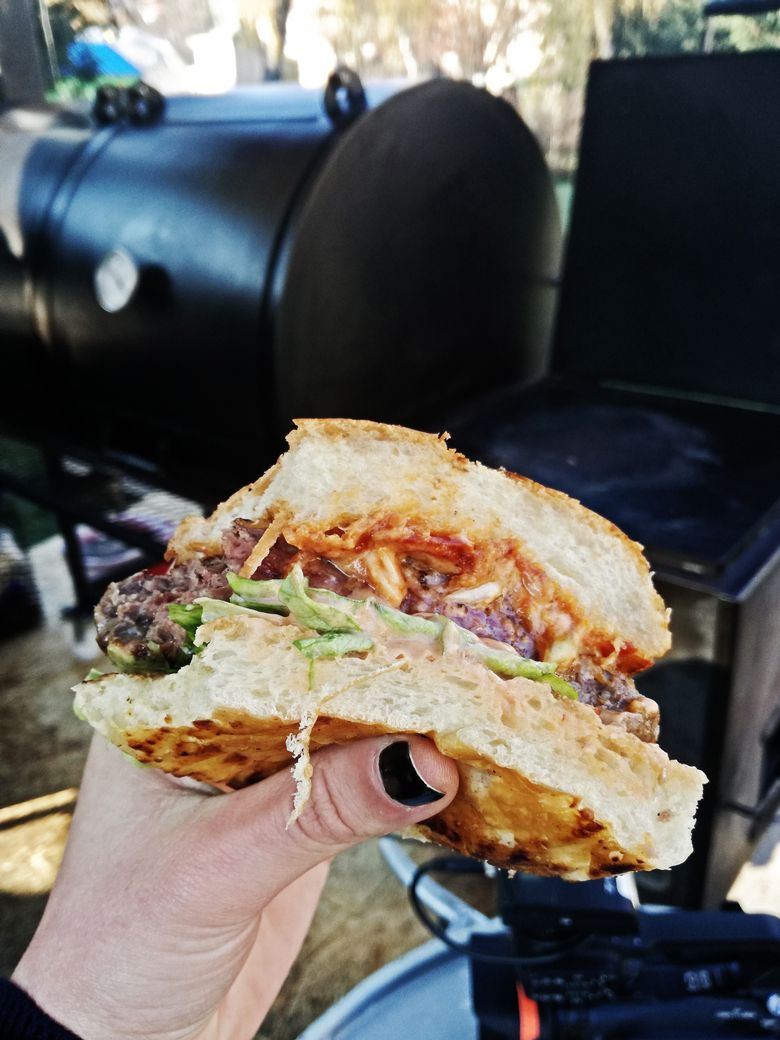 This stand serves special kind of burgers. Their meat was prepped in hand-made smoker of Mojmir Zuvela, which adds to aromatic strength of food.  We ordered a burger called Nasty Black Pig, made from distinctive species of Slavonian swine that has darkish color, coupled with cole slew salad, cheddar cheese and BBQ sauce. The quality was undeniable, so if you are ready to pay 60 HRK / 8 € for a hamburger, you may want to approach this royalty’s stand. 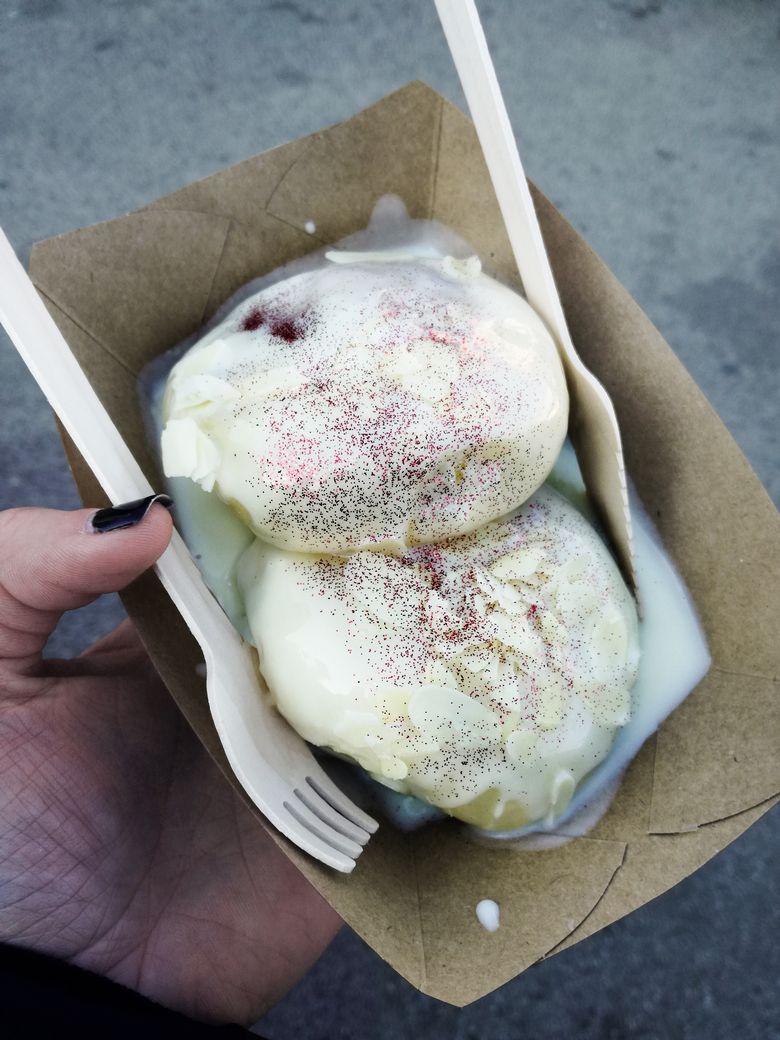 When somebody notifies you that there is a stand with sparkling germknoedels, you immediately want to try them. Their price is 25 HRK / 3.30 €, but the final result is less than satisfying. Instead of stuffing, the delicacies were covered with small leafs of almond and vanilla sauce. The sparkling is here, however, courtesy of edible tinsels that were spread over the food. Although fun, the meal would be much better with some real stuffing. 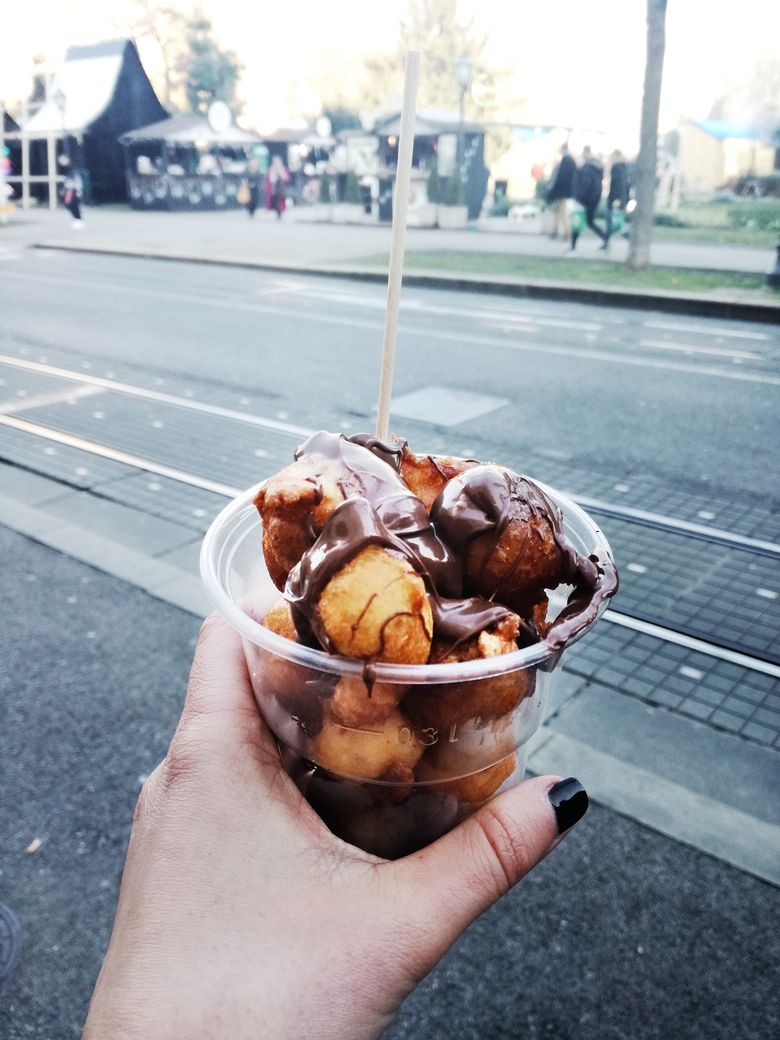 Translated, the name of this stand would be “Old Nanny’s Secret”. It features the merriest crew, always ready for jokes and laughs. We ordered fritulas, which were covered with chocolate spread. It sounds great at first, but impression suffers due to them being fatly, small and not warm. Generally, we were somewhat disappointed with how most stands of Fuliranje treated fritule. They would just situate them between layers of chocolate spread, which isn’t the most imaginative way of serving. 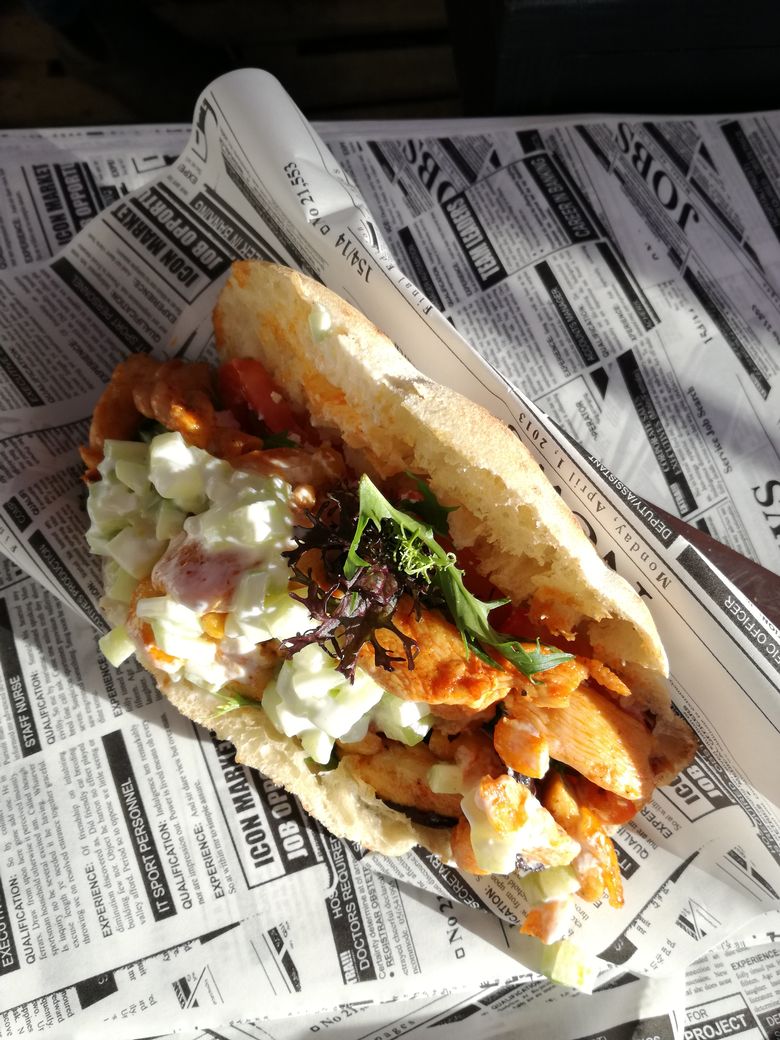 You can’t miss this stand, as their grill is actually a modified Volkswagen Beatle. They also attract attention with their offer, which includes burek of slowly roasted pork meat, beer and aromatized potatoes. There is also a dish called “flying kebap” that we tried, and liked more than aforementioned burek. It featured spicy chicken, tzatziki sauce, salted cheese and abundance of veggies. For 42 HRK / 5.50 €, you’ll get a satisfying portion and good value. If you’d like burek more, the price is 34 HRK / 4.50 €. 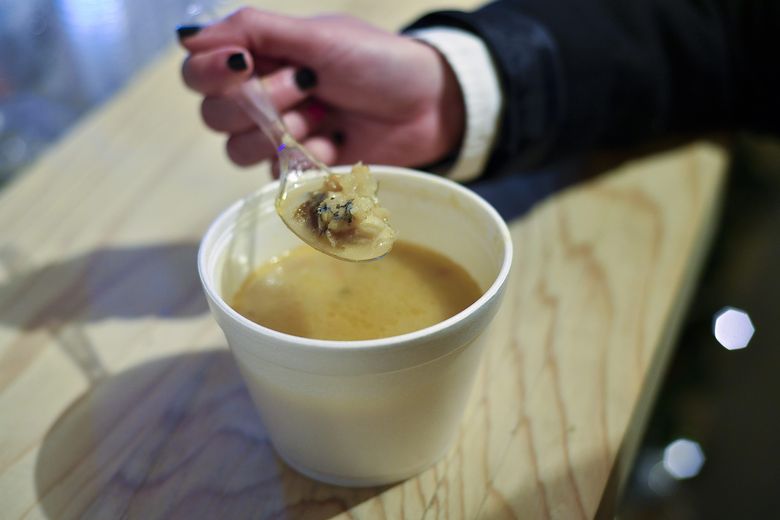 Burgers and mulled wine suits the season, but one may easily opt for seafood as well. On this stand, a bowl of shark brodetto sells for  40 HRK / 5.25 €. It has an intense aroma, and some might object it being too fatty, but to many this will be a perfect dine for winter conditions. A traditional Croatian “manistrun” stew, made of inkfish, can be acquired for the same price. In addition, Vrata Kornata offers champagne glasses and home-made mulled wine with added gin and blueberry.

Come to Fuliranje and discover a world of tastes. Follow Croatia Times for more reviews of Zagreb food offer.