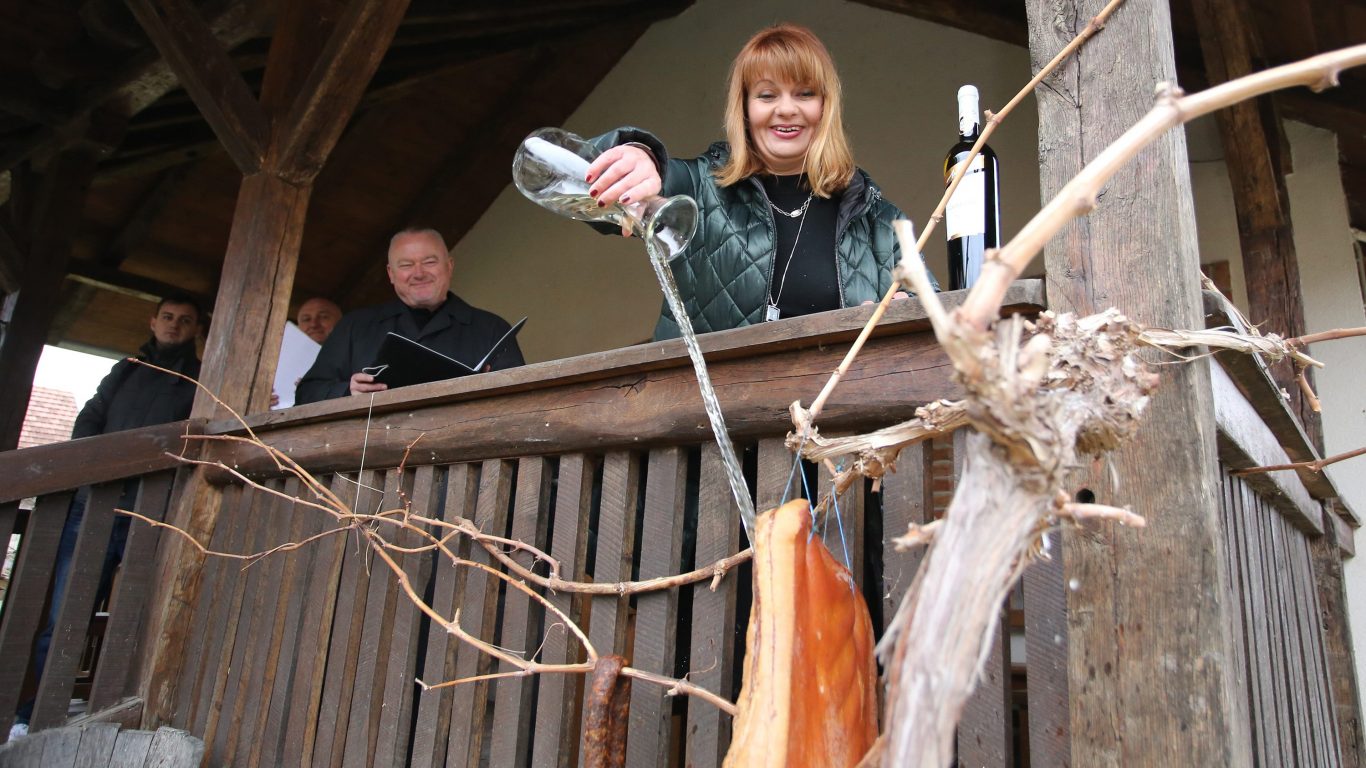 As a nation, Croats have a lot of folk traditions that they safeguard with much care. One of the most cherished ones in continental parts of the country is surely the feast day of Saint Vincent, celebrated every year on January 22nd. The aforementioned mystic is a patron saint of winemakers, so you can easily get the picture why Croats value his day so much.

The Croatian word for this celebration is “Vincekovo”. During this day, winemakers all over Croatia go to their vineyards even if the terrain is covered with deep layer of snow. In their company may be family members or musicians that make a merry party. Once the winemakers reach their estate, they hang a sausage or bacon slice on one vine- a ritual that expresses hope for a fruitful year and good harvest.  They might also pour some wine over the plant for the same cause. 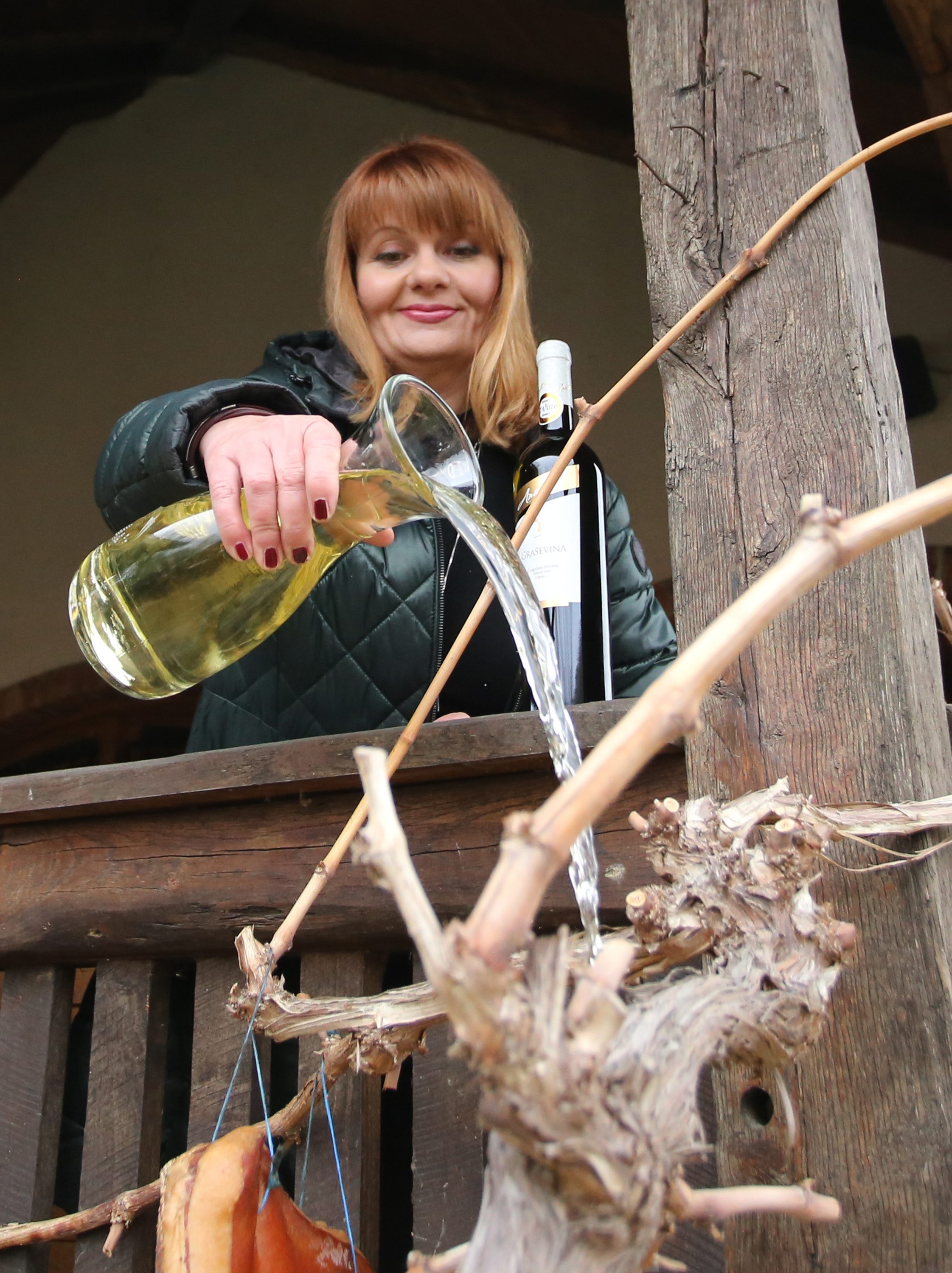 Once these procedures are completed, they cut one branch with several buds and bring it home. The branch is commonly positioned on the window, where its flowers will bloom after a certain time. The winemakers have a belief that their size will determine the success in the upcoming year.

The custom is believed to precede Catholic times in Croatia, meaning the Christian Church has accustomed the practice.  In addition, people usually grill meat in the outdoors if the weather permits and have a fiesta. Some villages have made Vincekovo a huge deal for their tourist promotion, organizing large fairs with lots of food and wine products. 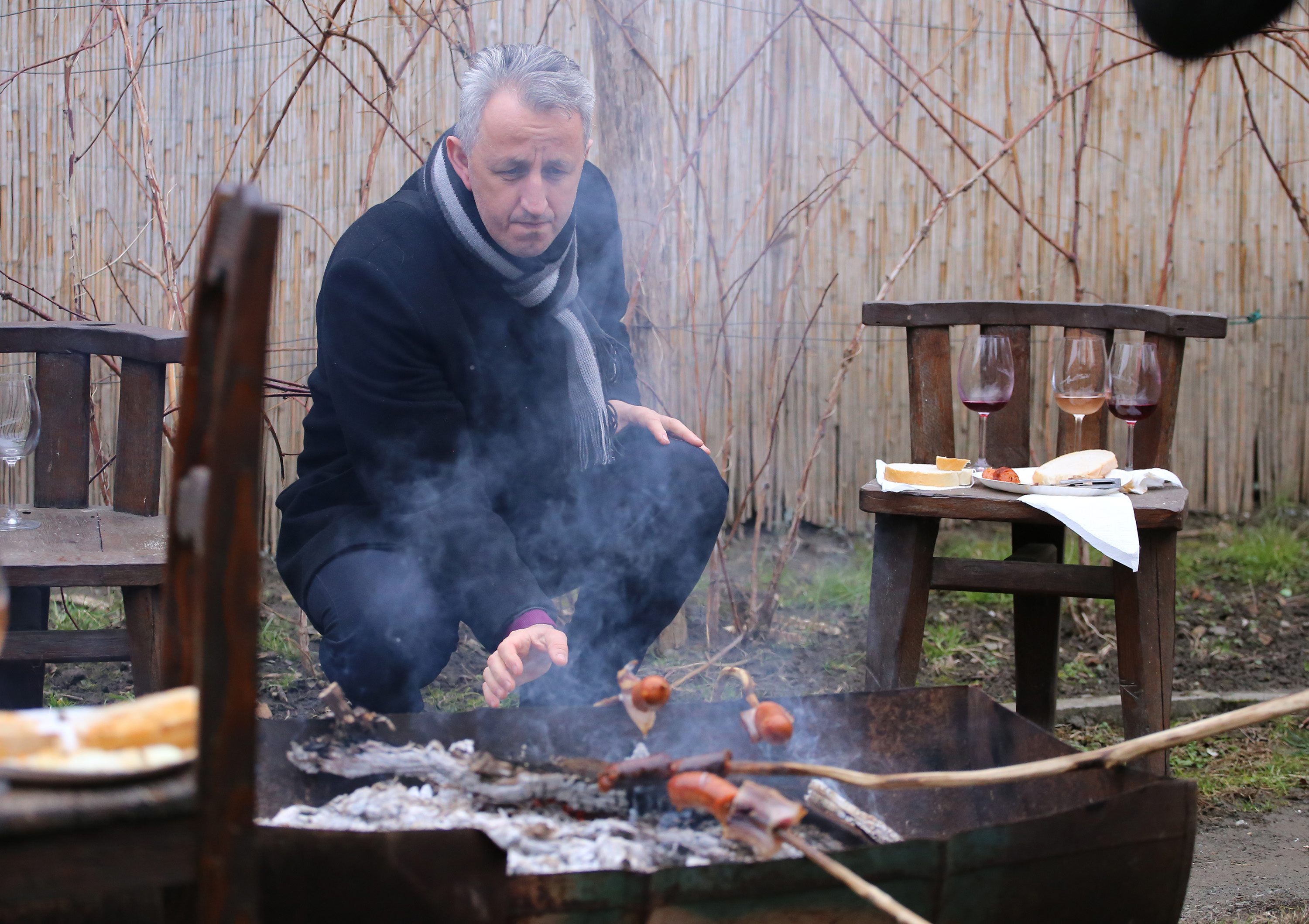 Photos used in this article have been taken in Dalj, a small village that is located in the farthest northeast territories of Croatia. They show the aforementioned customs preformed by Jasna Antunovic, which runs one of the most successful local wineries. If fan of Croatia wines (and Andro Tomic may make you one), consider having a Vincekovo party in the following days. We are sure that saint would approve.