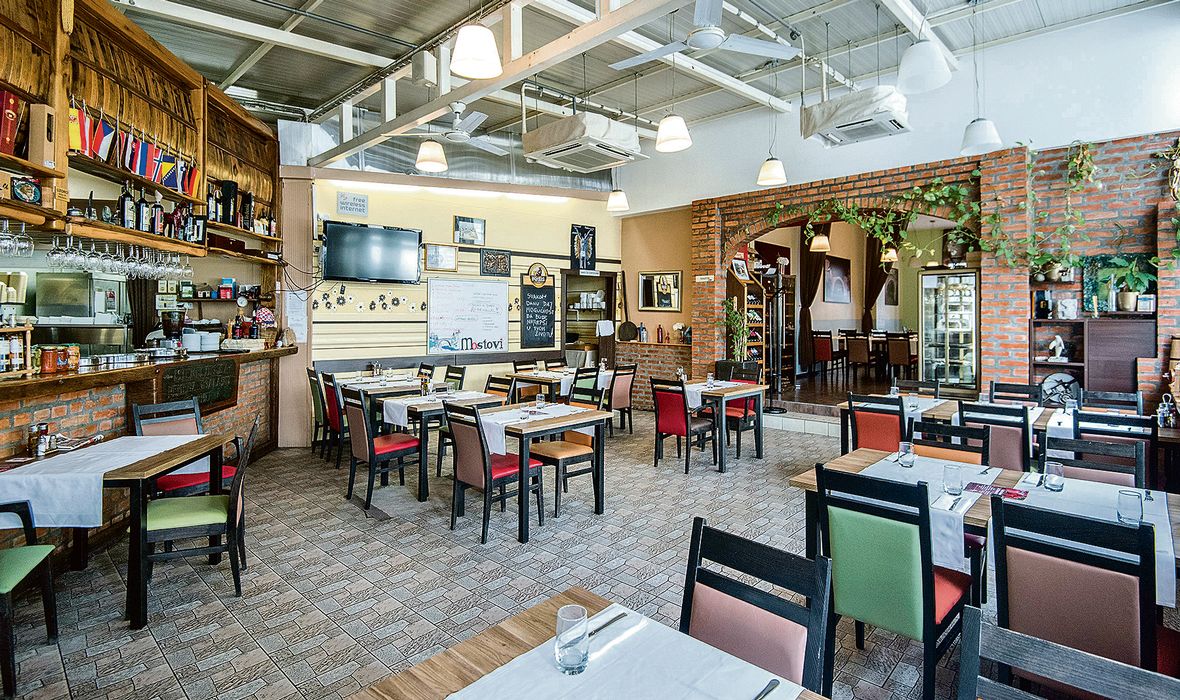 One of Croatia’s most notable food experts Radovan Marcic has recently visited Bistrot Mostovi for the first time. That is somewhat strange, as this dining spot is among the most popular sites of the kind in Zagreb. Equally loved by local residents and foreign visitors, it became widely known thanks to its pleasant atmosphere, kind service and friendly price range. But of course, nothing of this would be of much value without great food offering.

The restaurant describes itself as a place of traditional Croatian, Bosnia-Herzegovinian and regional cuisine. It has a lot of frequent guests, meaning it is always vivid and having a friendly vibe. As visitors wait for their turn, they can see waiters carrying large plates with meat dishes such as veal, lamb or other meat roasts.  In his review, Marcic underlined that Mostovi is very affordable restaurant, offering good value for money especially with its wine chart.

“First, I ordered a dish called buredzik, a species of burek with meat, served with garlic and cream. Next was a portion of sliced veal livers, spiced up with parsley and garlic. The meal was brought on a pan directly from kitchen, still boiling,” Marcic wrote in his review, published in Dobra Hrana magazine. “As a side dish, I received roasted potato, its spices being rosemary and parsley.”

Marcic also dined a fine combination of cooked barley with leek and carrot, together with exceptionally well-prepared ribs. “The meat was being in sauce for two days, smoked and dipped in chilly, red wine and whiskey before being put on grill. The ribs were served with hot and BBQ sauce, the side dish being potato spiced with red pepper. One can’t make a single remark,” Marcic wrote. “The meal is in accordance with recent trends of Croatian restaurants, which favor this American approach to prepping grill. However, I do believe it is slightly out of style, knowing that Mostovi tenders local cuisine. This dish could easily go with grated horseradish, a spice which would be more appropriate.”

Marcic made slight remarks about certain dishes being too cold for optimal consummation, and that interior is unremarkable. However, he was generally very pleased with his experience in Mostovi. He noted that his waiter was exceptionally professional and educated, quoting both Biblical lines and Greek thinkers. It added to positive impressions.

Prices were as follows: Buredzik costed 18 HRK, while a pan of veal livers went for 50 HRK.
Ribs were charged 75 HRK, and potato under peka bell 20 HRK. A small basket of home-made bread is priced 5 HRK and lepinja bread for 10 HRK. Wines are of Croatian and Herzegovinian origin.

Visit Mostovi on address Radnicka 1a in Zagreb. Reserve your table on e-mail address info@mostovi.hr