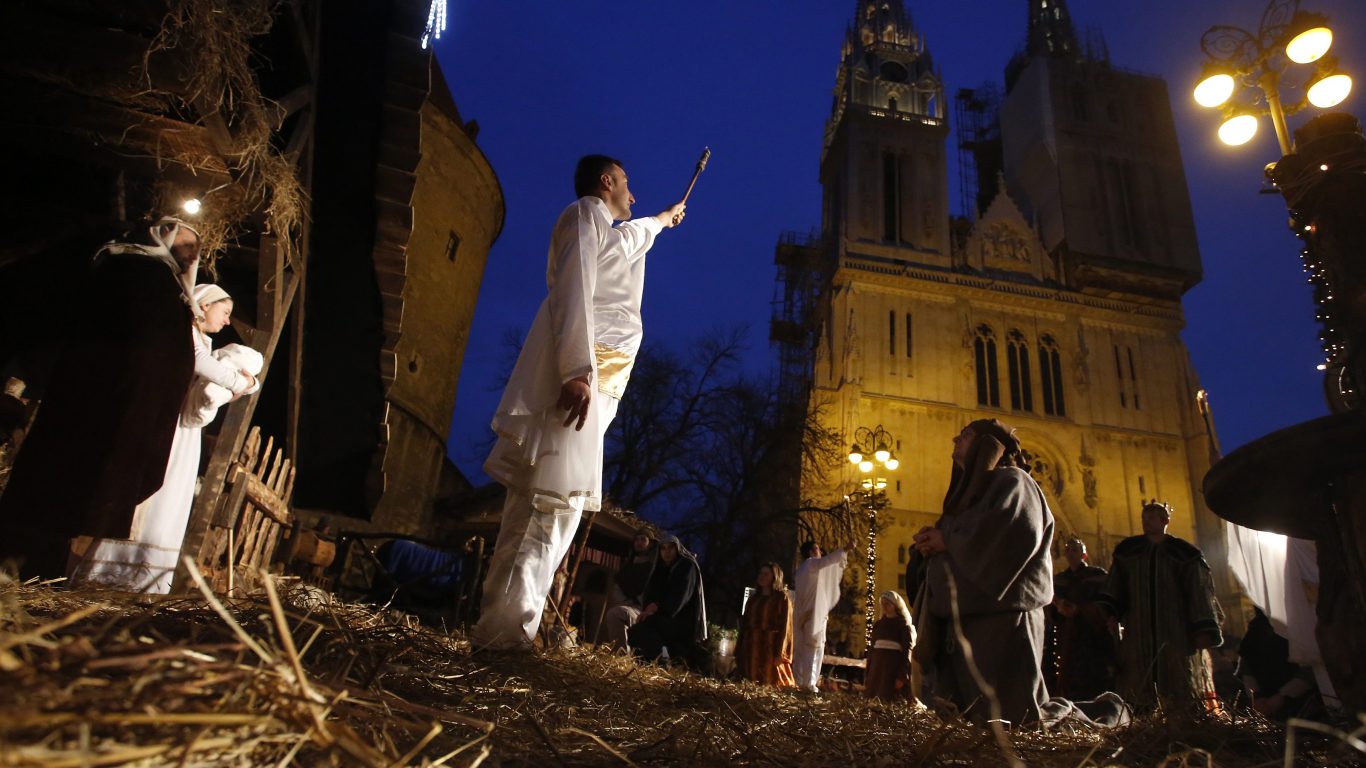 The Capital of Croatia has a rather nice Christmas tradition. Every year, costumed actors portray various Biblical persons in front of Zagreb Cathedral. The Nativity Scene is one of city’s landmarks during the Merry Season and a must-see for every visitor of Croatia’s main city. But in case you can’t attend this event, here is an impressive photo gallery to inspire you in still-active Christmassy atmosphere.

Zagreb has many other interesting things you may want to check out. Foreigners like to know about Gric Cannon that fires every noon, a selection of statues that represent planets of the solar system respecting the scaled distance and a museum of local 80’s culture. Finally, a rather unique tour by a former homeless person may introduce you to little-known Zagreb of less fortunate people on its streets.