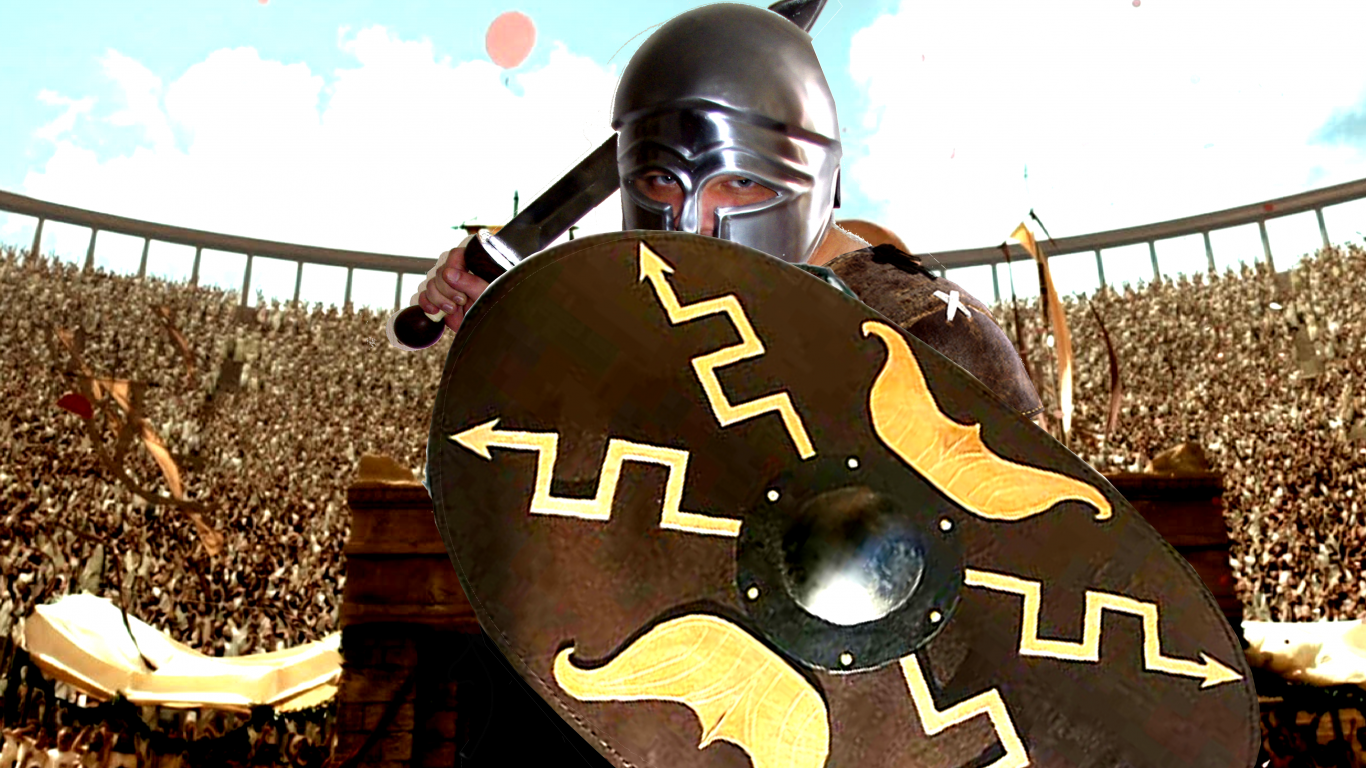 The grandiose Roman amphitheater in Pula is one of the most preserved colloseums in the world. It is a fascinating architectural testimony of Europe’s history, annually visited by thousands of visitors. But the large arena is arena afterall, and has been used for cruel sports in the past. Gladiators from all corners of the Empire would enter its central stage and fight for their lives and entertainment of the audiences. Here are several things you probably don’t know about these ancient warriors.

The gladiatorial battles were very popular, thus prompting the need for buildings that could hold numerous people. The Colloseum in Pula was built in first century, accepting audiences of up to 25 000 attendees. Despite the cruel show that was fancied by male audiences, women and children were regular visitors as well.

First battlers were usually sentenced criminals and poor slaves. However, these could not put up an impressive fight. To increase the quality of spectacle, schools of gladiatorial combat have been introduced. The instructors were usually former gladiators or people with military experience. These combat academies functioned similarly as modern soccer clubs. Their “members” would be called from one colloseum to another, entertaining local populations. If the school had good reputation, its visit required larger payment.

A Path to Freedom

As already stated, gladiators often arrived from the ranks of slaves. Seeing a gladiatorial school owner browsing the slave market was not uncommon, as they were always in search for new “participants” for their activities. And although seeing another human being as an object of trade seems horrid today, the Antiquity had no understanding of contemporary racism. The skin color was never an issue for slave buyer, as long as the newcomer had physical prowess of a gladiator.

Slaves could also earn their freedom through fight in arena pits. They would earn so much money for their owners that these would free them after awhile. One can guess this happened before the fighter’s retirement. Still, it was a path of freedom to many.

The spectacles in arena had their own food culture. In some cases, the audiences would spend entire days on the spot, dining what they brought or bought from present merchants. The poorest would be given bread, an occasion which lead to saying “panem et circenses” (“Bread and circuses”). The richest would have their private lodges in colloseums, usually enjoying the most expensive food available. As for gladiators, their meals usually involved a lot of cereals. Barley was very common, giving them a nickname “barley people”.

Despite the thirst for blood of numerous audiences, death and injury was not as common as modern people think. The reasons were practical: every gladiator was very expensive to train and losing them was a financial loss. A lot of fights were actually choreographed just to seem violent and realistic, but were imagined to secure the wellbeing of participants. However, if the crowds would notice this trick, they would start grumbling and even throw food into the arena. This could lead to gladiator school losing its reputation and facing additional business issues.

To ease this problem, school owners would offer shows that were actually based on staged combat. These included reconstructions of famous historical battles and almost theatrical presentations of former wars.

The Age of Gladiators

Archeologists believe that average age of gladiator was 27. This digit was reached through research of tomb stone engravings. Yet, some dispute this as the earliest gladiators had no luxury of funeral. It is possible that people would enter the arena with less than 20 years of age. The bloodiest interpretations suggest that gladiators rarely reached 25th birthday and surviving through ten fights was legendary success.

Influencers of the Past

Centuries before selfies, rich people had to have other ways of showing themselves to general public. One of them was to become a gladiator. Wealthy persons would pay to participate in the spectacle (and of course- win at the end). The fights would take place with wooden swords to assure the safety of participating parties. The crowds would cheer in abundance to victors, although probably laughing to their attention-seeking activities at the same time.

In 313, Christianity became the official religion of Roman Empire. But before that happened, its faithful members were commonly seen in the battlegrounds of amphitheaters. They were not gladiators; rather they were just thrown into the pit with a number of wild beasts and devoured in front of audiences. This fueled Christian revolt against the joys of arena, leading to their slow retreat as a prime source of Empire entertainment.

Wild animals were also commonly seen in arena fights. When not killing the weak and unarmed human targets, the beasts were brought to battle gladiators or “venatores” as they were called in this version of arena combat. The experience was imagined as a simulation of the hunt and usually included animals such as deer, ostriches, lions, crocodiles, bears and in rare instances elephants.  In the beginning of second century, the Empire hosted a four-month arena festivity that ended with slaughter of about 11 000 animals.

At the peak of gladiatorial culture in early centuries, Roman Empire had about 400 colloseums. It is estimated that on annual rate, about 8000 gladiators perished in front of frenzied audiences.

Many don’t know, but female gladiators could be found in high numbers. Their training was no different than that of male participants. Women of Ethiopia were especially skilful warriors and have earned renown throughout the entire Empire. There was no discrimination on the bloodied soil of arenas.

Although technically being slaves, gladiators were perceived as heroic figures that deserve respect of every individual. Most of them were taught never to ask for mercy or scream in pain. On the other hand, when performing a finishing blow against their opponent, they had to move quick and with skill. Unnecessary torture was shunned and perceived as dishonorable. The bodies of deceased received the funeral honors on local cemeteries, unless the gladiator perished in a shameful way. In such case, the corpse would be given to wild beasts. It was believed these fighters would not find peace in the next world.

Roman Empire had some tolerance to certain foreign religions, as proven by relief of Egyptian goddess found in Pula Arena. The city had a considerable Egyptian community which brought many gladiators of their culture to Istrian colloseum.

Being famous and known in every corner of the Empire, gladiators were also a subject of many beliefs and superstitions. Most were perceived as passionate carnal enjoyers who can provide hours of entertainment to young girls. In addition, hair ornaments plunged into gladiatorial blood were believed to protect from bad luck, while cosmetics made from their sweat were thought to have aphrodisiac qualities.

These were just a few things you probably didn’t know about gladiators. Remember them as you visit the lovely City of Pula and its impressive Roman Amphitheater.