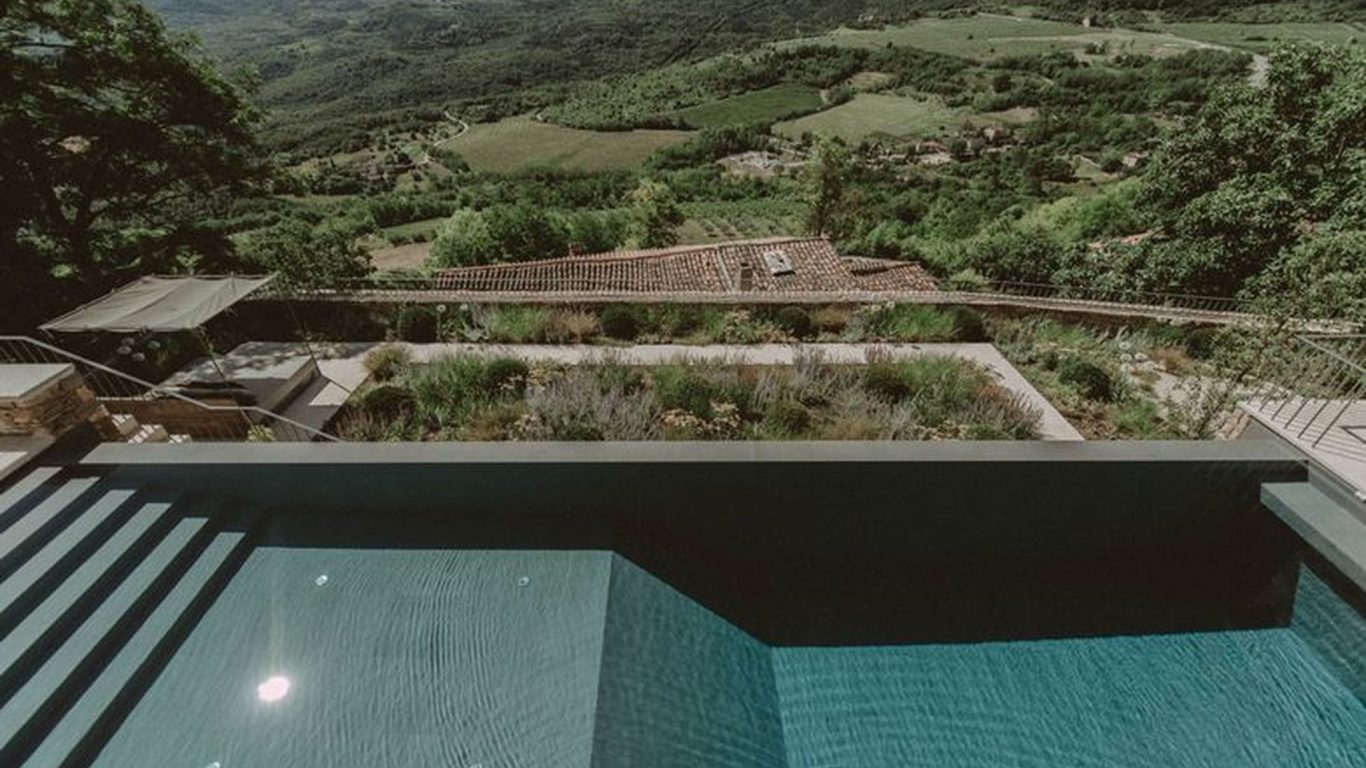 There are many people that fell in love with Croatia so much that they decide to settle permanently in the country or just buy a local residence to have it as an option. One such individual is Ben Wilson, a British designer who made his new home in Istrian Town of Motovun. As an expert in architecture and interior arrangement, he turned an old 18th century customs office into a luxurious villa. It took three years for renovations to be completed, but the final result is a residence that fully embraces what life in beautiful Istria is imagined to be. Having its own outdoor pool and private garden with redolent plants, Villa Angelo is one of the places you want to be in Croatia.

“I decided to arrange the house with warm minimalism that will respect authentic style prevalent in Istria,” British Designer explained to Croatia Times source. “I imagined that renovated Villa Angelo would actually underline the beauty of initial structure and lead to space that is very relaxing. That is why I used local materials, such as Istrian limestone. Most of the floors in the residence are made from it.” 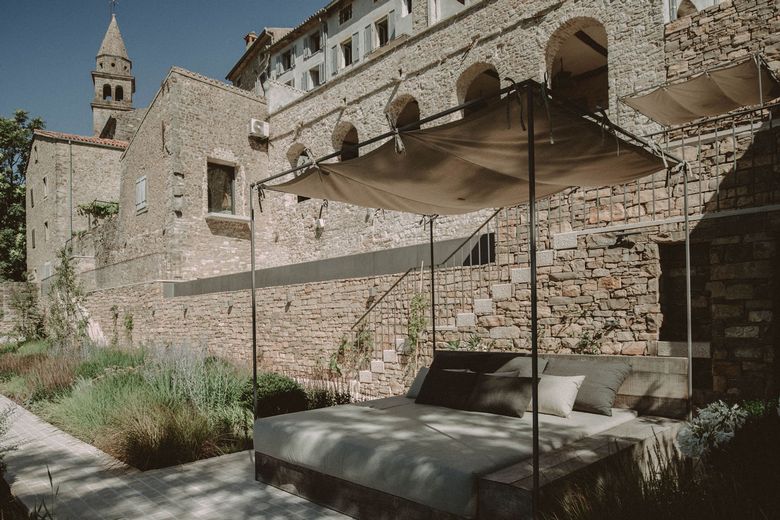 The luxurious house has 250 square meters in size and has three bedrooms, two bathroom chambers, kitchen, terrace and lodge. The large living room serves as the central point, and has been arranged in combination of Italian and Istrian styles. Next to an open fireplace that adds charm in the winter months, visitors of Villa Angelo can explore immediate outdoors through large French windows. Ben has also noted that kitchen quarter is entirely made of Istrian stone, meaning it is rustic and inviting to full extents of the words. In surroundings such as these, cooking is a pleasure.

But of course, the outdoor pool steals the show. It was made in agreement with local Conservator Office as its install point was very close to building’s historical foundations. “Its construction is a piece of architectural brilliance,” Wilson explained, adding that love for Istria is actually a family feature. 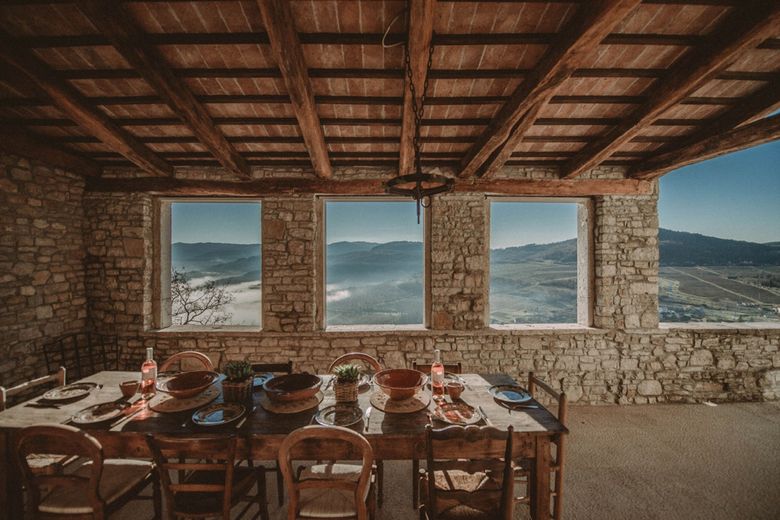 “My father was visiting Motovun in late seventies and even founded an organization that was gathering art publishers from around the world. He was the first to love Istria and bought a house here in which we were spending our family vacations. I have inherited his passion about this place and in a way continue his work.” 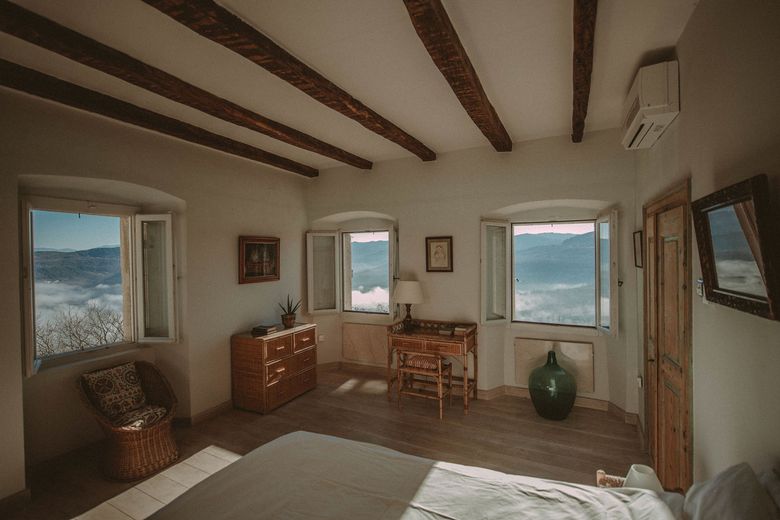 In addition to Villa Angelo, this talented English designer also bought the neighboring Villa Garbizza. Both are available to become your homes-away-from-home in Motovun. Just visit their official website and organize yourself a luxurious stay in Croatia. 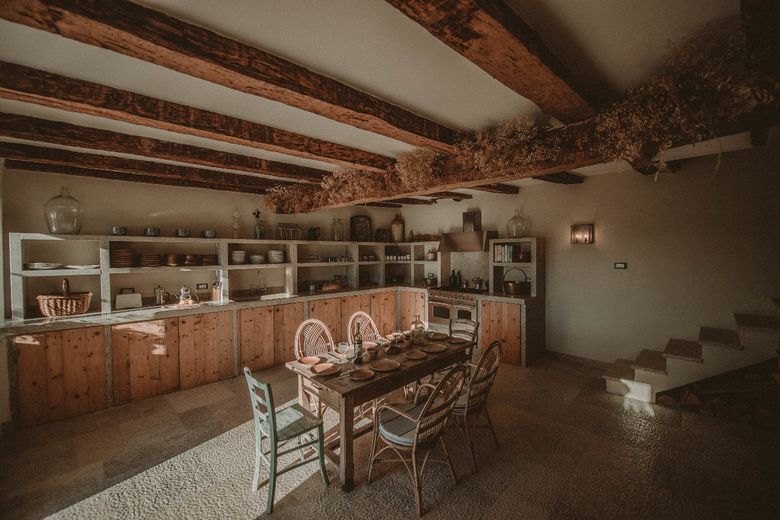