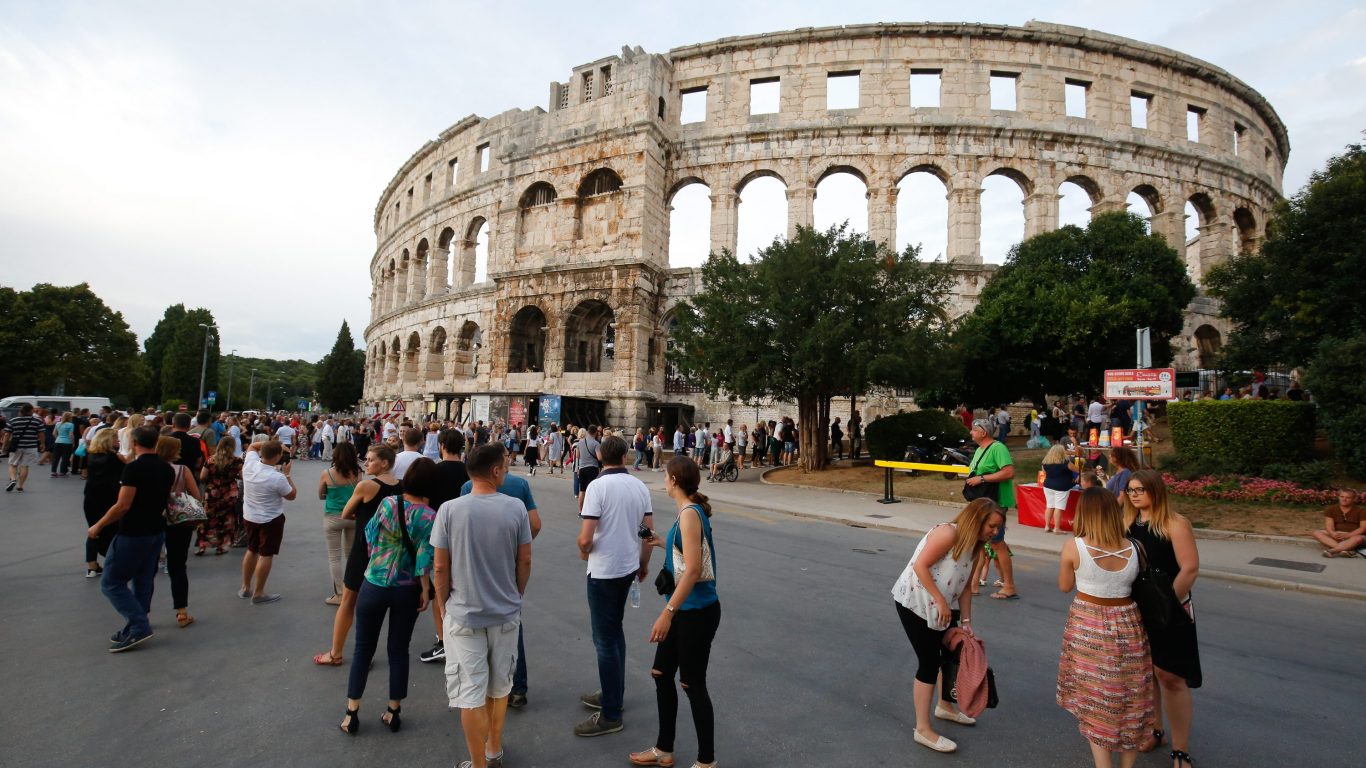 Due to a story coming from Greek Mythology, the ancient settlement of Pula is known as ‘City of Fugitiives’. Whoever runs away from something, or can’t call a place home on this world, sooner or later probably ends up in this lovely coastal locality on Adriatic Sea. Franciska Nagy doesn’t belong to this ‘fugitive’ category, but she did visit Pula and she had a great time. The Hungary-based globetrotter even made a video, covering some of her Croatian adventures:

The highlands naturally belong to Pula Amphitheater, the most preserved structure of Antiquity period in entire Croatia. A site of many gladiatorial fights and battles for sole survival has became a prime tourist destination in current times, reminding us of days long gone.

Be inspired by Franciska Nagy and her short film. Come to Croatian city of Pula and make your own video about its unique features. Just upload it to our Facebook Wall and earn a chance to become our media contributor of the day.