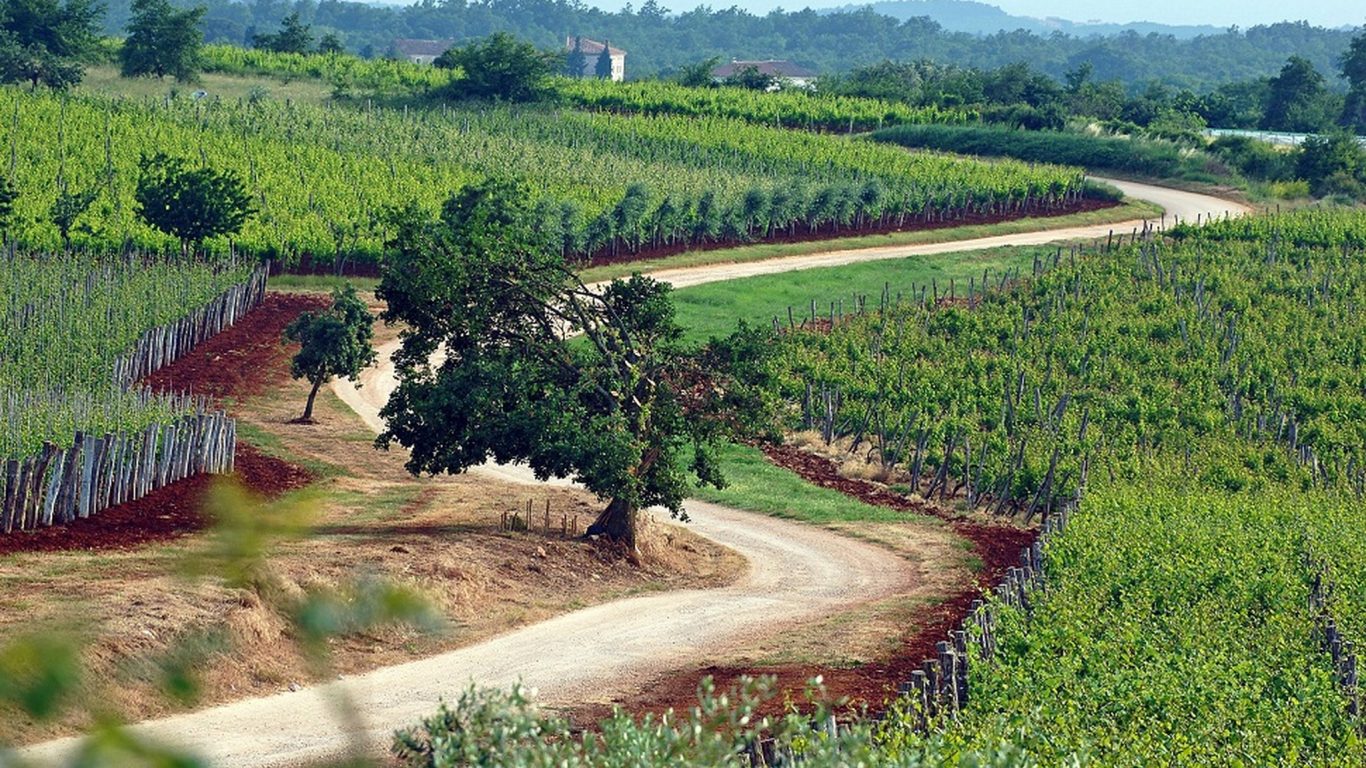 Istria is a large peninsula in Croatia’s Northwest Territories. It is a gorgeous destination that has many interesting features. One of the most vivid tourist localities of Croatia, it is a great spot for summer vacation both to those who seek excitement and those interested in local history. Here are just five reasons to visit Istria, out of many more that you’ll have to discover on your own- especially if you use our handy app called Croatia by Car.

The most renowned and best preserved monument of Antiquity in Croatia, Roman Arena of Pula is the place you shouldn’t miss on your Croatian travels. The large coliseum has been constructed in 1st century and has seen its share of spectacles. Even gladiator fights have taken place on its stages. Only five Roman amphitheaters of the kind are larger than Pula’s and the locality is still in use today. From film festivals to musical events, the Arena makes every gathering a unique experience.

By default, the romantic town of Rovinj is a fantastic destination on Croatian coast and one of the country’s tourist champions. It is difficult not to recommend a visit, especially during fancy events such as Polo Championship or Redbull Air Race. However, being in Rovinj during mid-August is a must for romantics of the world. At this time, Perseids meteor shower can be seen on roaming the nightsky and the city lights are dimmed in order to add to the atmosphere.

In the world of chefs, a large truffle equals a gold nugget. The underground fungus is not considered a delicacy without reason. With its intense aroma it easily captures the senses and turns every meal into specialty. Grate some of it on a simple cooked egg and you’ll think you are being served in a first-class hotel. Discover the world of truffle dishes on Istrian peninsula, especially in the settlements such as Buje, Livade and Brtonigla.

The coast of Istria is an attractive place to be, but continental parts of the peninsula are not falling behind. The local residents decided to invest in their tourist capacities and have turned towards building luxurious residences. Almost every village and hamlet has its own villa that is available for rental, many featuring private pools or even your own gardens. At the same time, the owners took great care to maintain the architectural identity of the region, so the grandiose estates don’t look awkward in picturesque traditional villages.

A site like no other, the small town of Vodnjan has a rather interesting feature. It is a home to a number of ‘Christian Mummies’, the remains of saints that have been preserved for veneration. In addition, the collection includes hundreds of items that belonged to the aforementioned individuals. A piece of Jesus’ Cross and a small part of Holy Virgin’s Veil can also be seen. Located in the Church of Saint Blaise (Crkva Svetog Vlaha)  the collection is interesting even to people who are not religious.

These were five reasons to visit Istria, but the region has many more. Consider arriving and having a lovely stay in this part of Adriatic Coast.