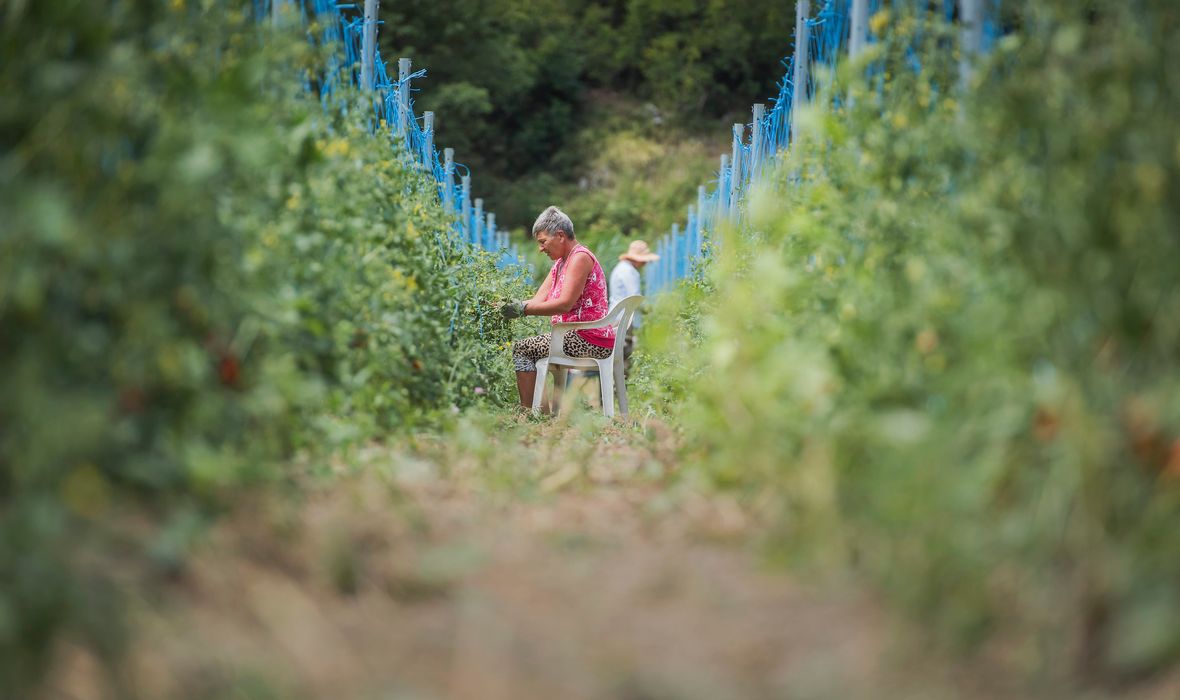 As you track the road from Plomina to Pula, you are bound to find a village of Rasa. It is among the youngest settlements in Croatia, founded by Italians during World War II. The construction has been completed in less than two years. Rasa’s buildings were erected in the so-called Italian rationalism style of architecture, which is really a unique feature among villages of the similar size in Croatia. Although deemed a town of the future, Rasa slowly became just an ordinary rural spot in Istrian landscape, a quiet and easy-going place where time passes slowly.

Yet, this begun to change a few years ago, when Sandi Chiavalon, one of Croatia’s most successful olive harvesters, bought a large parcel in the valley of Rasa. Soon, the somewhat neglected soil became a prospering agricultural field.

„The whole area was covered in bushes, so we had to clear it out. And we also had to free about 72 kilometers of irrigation canals to assure quality watering,” Chiavalon explained, adding that the system also safeguards the field from floods. “We are still searching for the crops that provide best results. At the moment, we have eight kinds of tomatoes and eight sorts of corn. We also harvested barley, and initiated our own flour production. We are making the latter in an old mill in Pazin.

The Istrian Eco-Farm will surely provide a lot of much-needed job positions for Rasa people. It received all the necessary certificates to be called ‘ecological’, so don’t expect anything artificial coming from its fertile soil. “The workers begin their job as early as 4:30 a.m. This is because the temperatures are still low at that time, so they are not subjected to the daily heat.”

As for the business side, Sandi already arranged cooperation with luxurious hotels of Valamar and Bellevue in Istria. Guests residing in these classy accommodations will enjoy the fruits of Rasa valley in their meals, prepared by skilful chefs with knowledge of local gastronomic traditions.

Sandi also noted his future plans. The farm will invest in oil and sauce production, so one can expect even more from this daring and passionate entrepreneur from Istrian Peninsula.