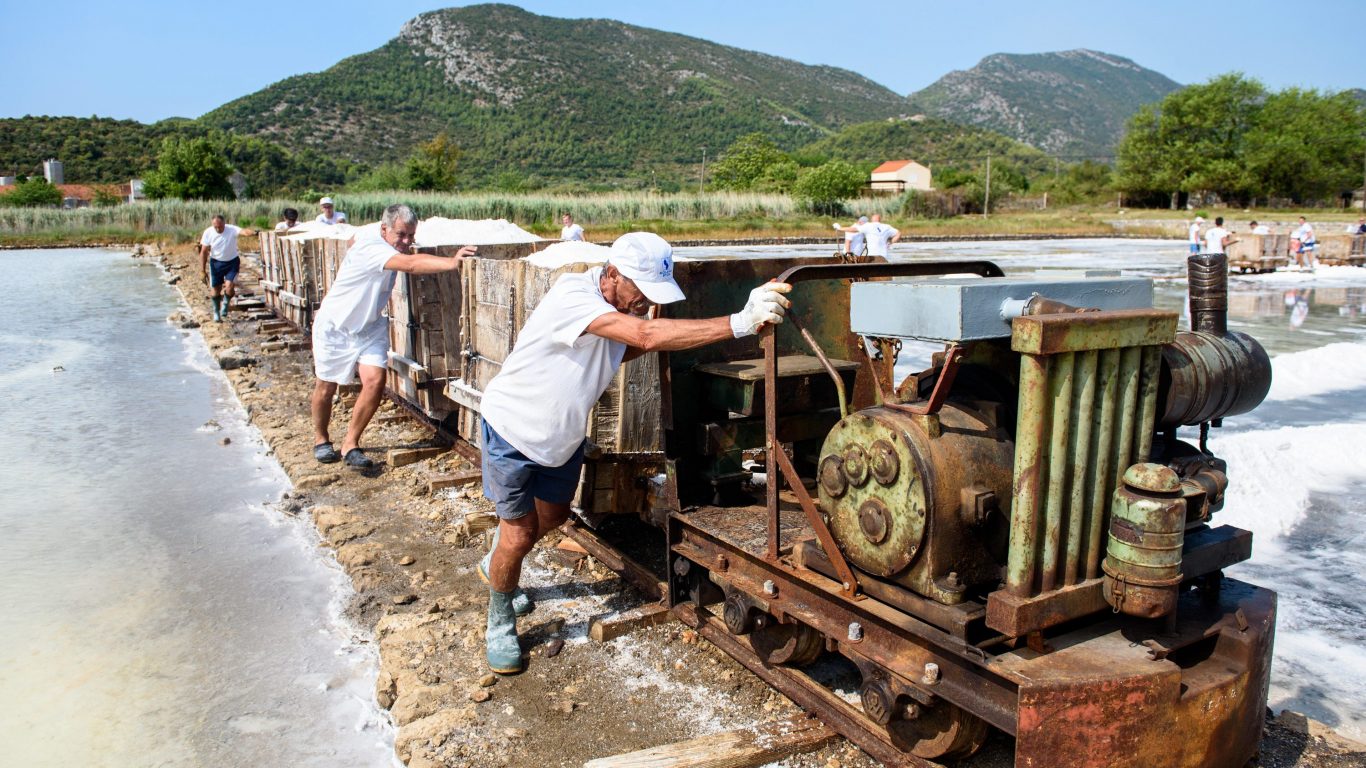 Literally for the last 2000 years, the Town of Ston has its own salt production. As vital for local community as in times of Roman Emperors, the facility where the precious ingredient is processed has not changed much. In Ston saltworks, there are no modern machineries or robotic assistants. The site relies on nothing but nature and hard manual work in order to extract the white mineral. 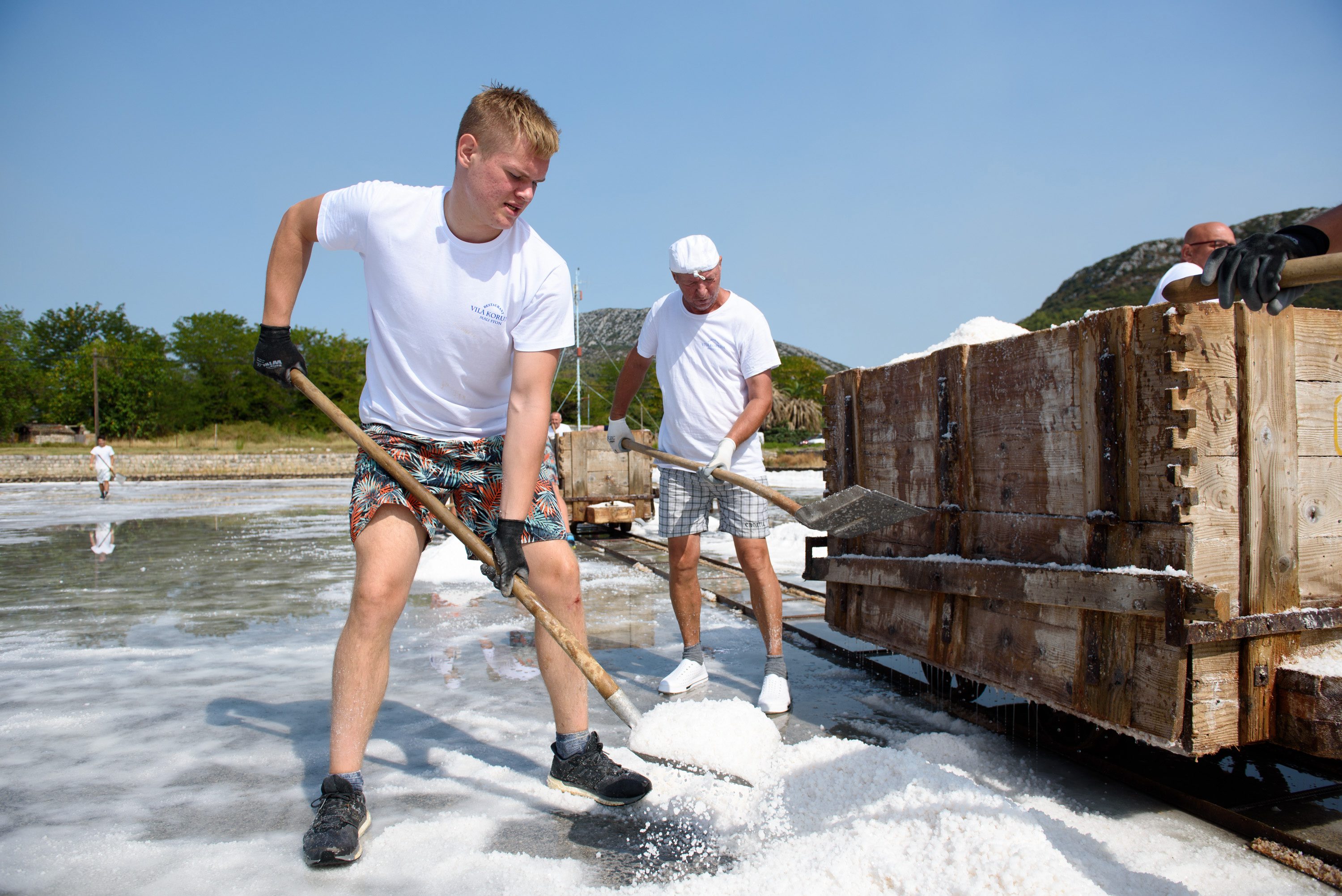 Being existent for twenty centuries, the facility has survived rises and falls of European empires, clashes of ideologies and rules of many governors. But the passion of people working in Ston saltworks has never ceased, as generations of local residents invested their wit and strength to the site. Still active today, the locality has also opened to tourists. Visitors are able to explore the history of the complex, and observe old tools and wagons for salt transportation. It is literally a large outdoor museum, dedicated both to local past and history at general.

The white mineral is extracted from the sea, of course.  It is harvested from the pools by appointed workers, who gladly participate despite the hard work associated.  After all, it is what their ancestors were doing since Antique times. 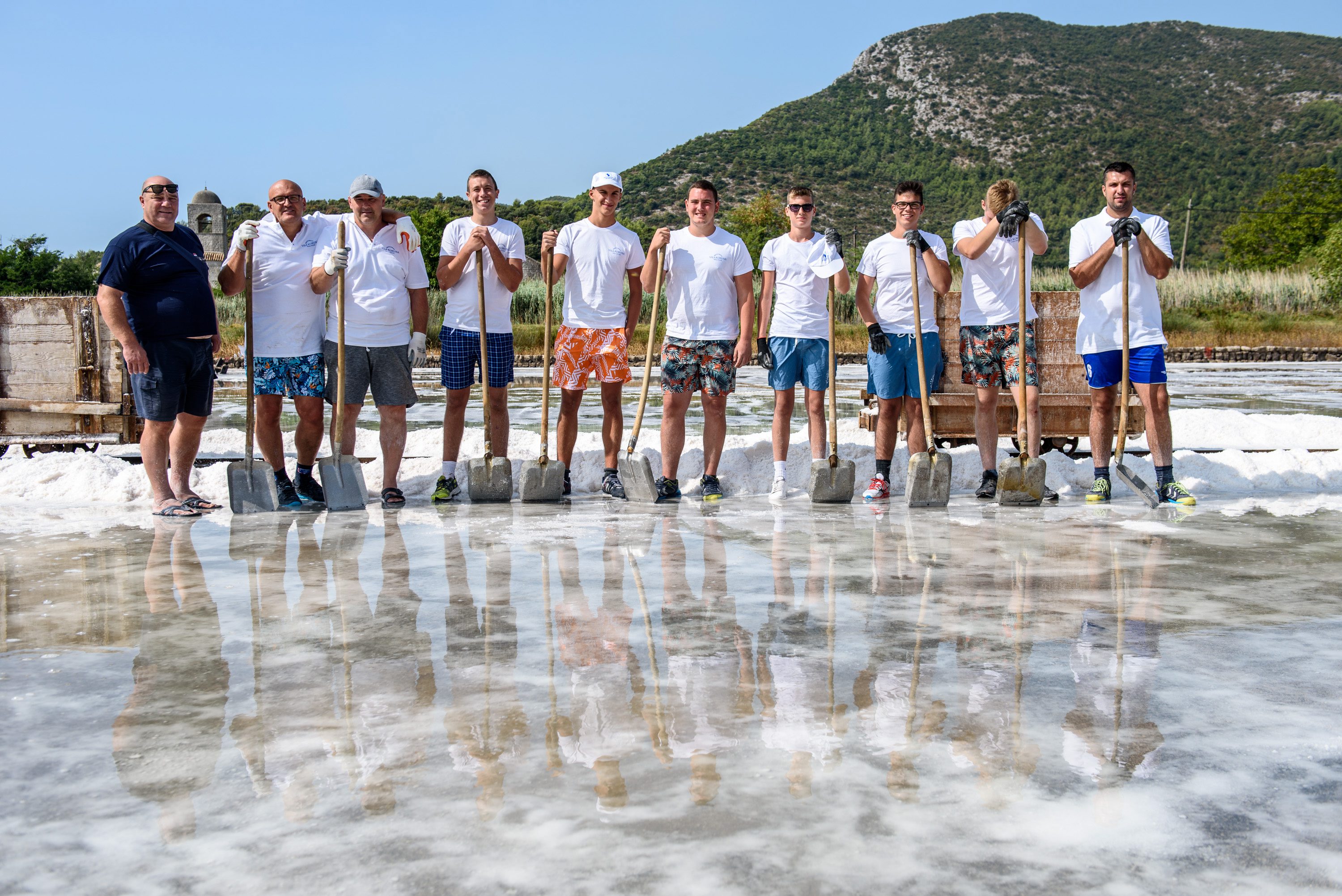 In some cases, work in the saltworks is organized as a team-building activity. For example, young members of Dubrovnik handball representation spent an entire day harvesting the mineral. It was an experience which strengthened their bonds and provided a more than solid outdoor training. Check out what time they had in our image gallery below, and consider having a similar adventure during your stay in Solin. After all, most people don’t know what an ordinary day in saltworks looks like. This can clearly be a great activity for people who can’t stay still on their holidays.

thank-you for such an interesting article and wonderful photographs from Ston salt works.