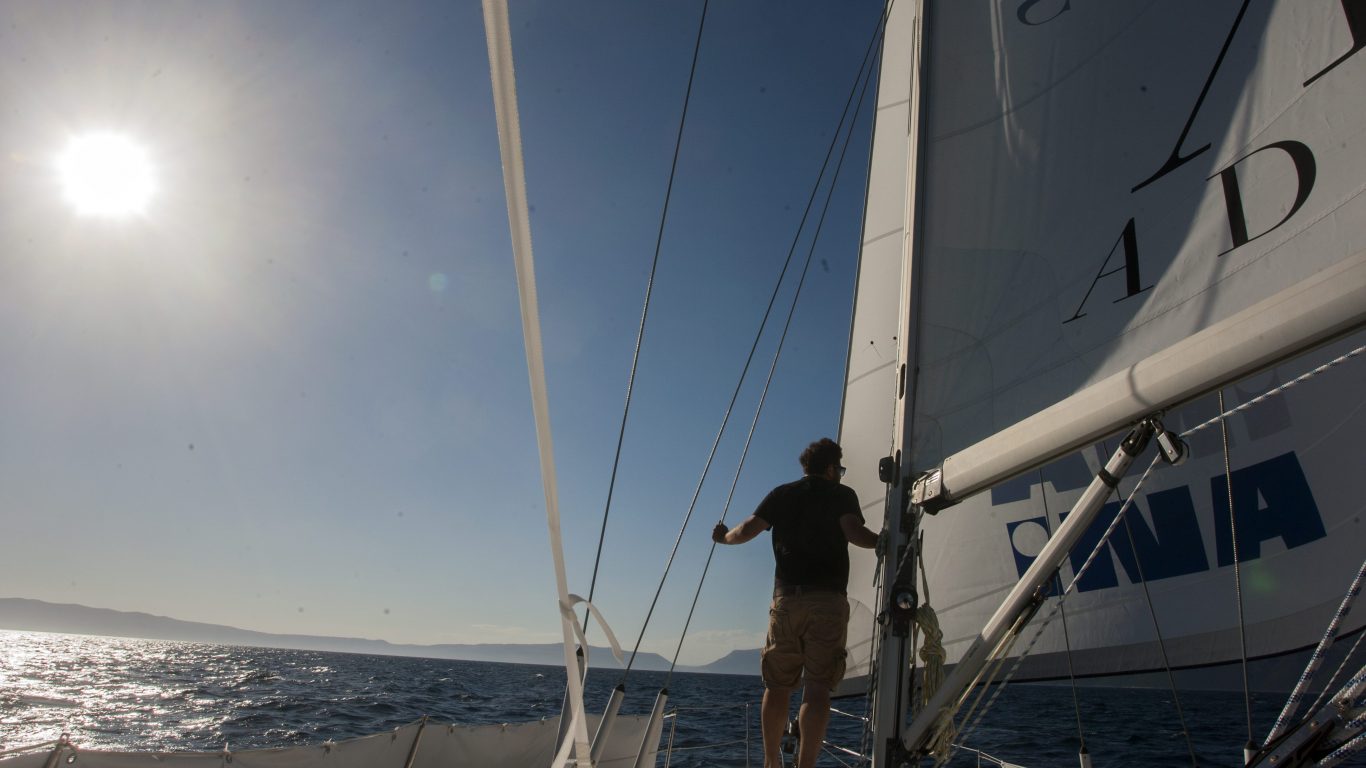 Last week was also the final week of the Jutarnji list Nautical Patrol. The five-member crew of the Maslina sailboat visited the marina at the island of Korcula and ACI marina Dubrovnik and Slano. They then set sail to their starting point, the marina in Icici.

“So, this is it. We are returning our Maslina sailboat to the north, where it all began. For two months it was our news desk and our home. Behind our stern remains a 615-mile wake across the Adriatic through 32 marinas, numerous secluded coves and popular nautical anchorages. We surveyed, talked and spent time with more than a thousand sailors, summer captains and their crews during our journey. We shared emotions, experiences and stories”, Mladen Gerovac, the leader of the Patrol, wrote down in his last logbook.

But before the end, the crew shared with the readers what they experienced in the last three marinas. “We sailed to Korcula from Hvar. While the city walls were proudly rising on our right, we found ACI marina Korcula just behind the peninsula on which the city was built. It has a great location with a view of the cathedral and mighty forts. Out of its 180 berths, there are 60 ships tied there during the entire year, even in winter”, Hrvoje Bulesic, one of the five-member crew wrote down.
After Korcula came the beautiful Dubrovnik, where the crew was hosted by Mato Frankovic, the mayor of Dubrovnik as well as the former manager of ACI Marina Dubrovnik who revealed that there are many projects on the development of the marina with which it will truly become the best marina in the Mediterranean.

The last stop of their journey was ACI Marina Slano. “Here we are finally at ACI Marina Slano. The newest ACI marina. A true nautical pearl in the Adriatic south. Here ends our Patrol”, Gerovac wrote down. The crew visited marinas in the Adriatic for two months to find the best one.
“So far, on two occasions, we issued a preliminary ranking of marinas according to the ratings of sailors and nautical patrol. We are currently collecting the remaining surveys and then we will process the total number of survey questionnaires, after which we will establish the final ranking of the visited and ranked marinas. Then we will announce the winners, which will take place on the Bellevue Hotel terrace in Mali Losinj on Saturday, September 16th. On that occasion, the best marina will be awarded with the Jutarnji list Golden Anchor for 2017 while marinas in 2nd and 3rd place will be honored with a special recognition.

The marina that gets the highest number of points from sailors for the question: Which marina feels the most comfortable?, will be honored with a special recognition – “My Favorite Marina”, Mladen Gerovac said at the end of the patrol and finished with the following words:
“Our great odyssey has ended. The biggest Croatian journalistic, nautical-tourist undertaking of all times has ended. This is the first Nautical Patrol of Jutarnji List. Next year there will be a second one, and it will be even more interesting, more exciting, more successful”, Gerovac added.
This announcement ended the biggest Croatian journalistic, nautical-tourist undertaking, and in September we will find out who will win the Golden Anchor.

Dubrovnik is one of the most beautiful places I visited in my entire life.