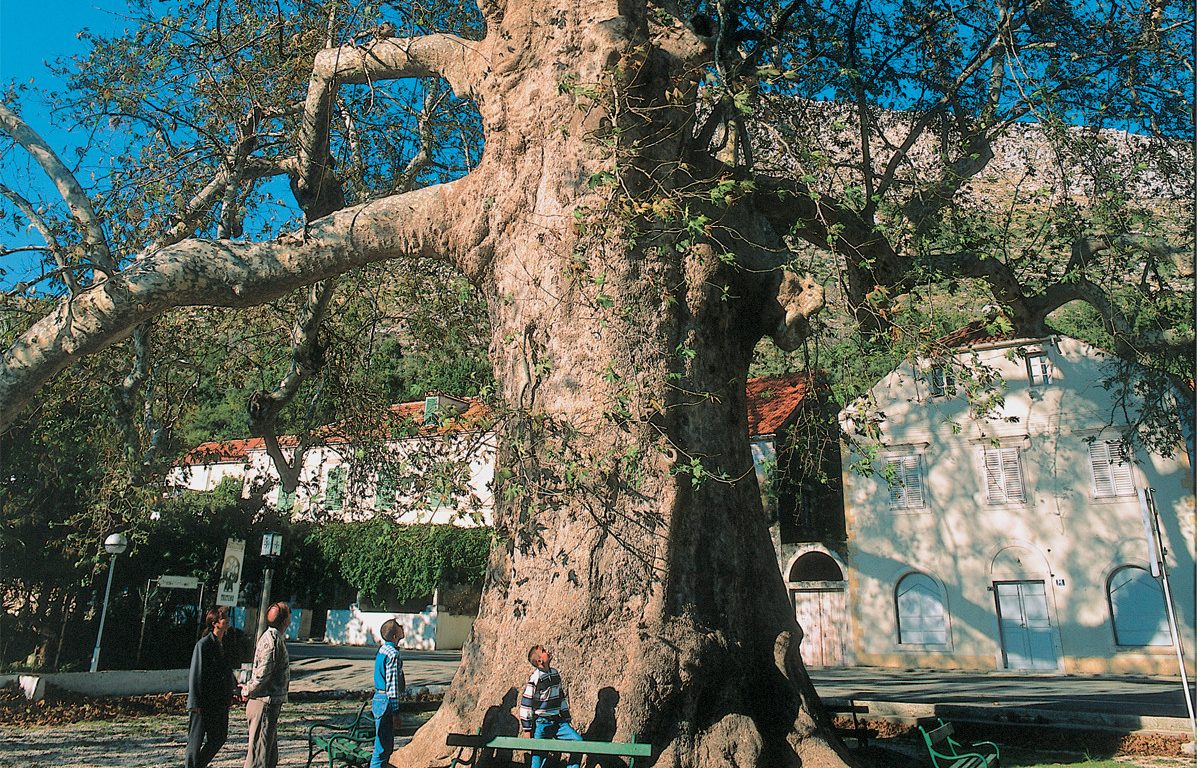 If you are a fan of nature, you are probably aware that Old Continent is choosing its most intriguing tree plant. The interesting choice for Tree of the Year is almost complete, but there’s still time to vote for your favorite plant.

It might as well be Croatian contender, a large plane tree that has been decorating Trsteno town for more than 500 years. A protected park architecture monument, it was seeded by local captain after his trip to Constantinople in 15th century.  Since then, this plant has survived through Turkish occupation, the arrival of Napoleon Army and stay of Russian troops.

Longevity is one of the features that go with this tree species, but the plant might not have made it without constant care of Trsteno residents. Not merely a landmark, the tree is literally a symbol of their town. It witnessed small moments of history, such as love tales and feats of courage, as well as important historical moments.

One notable example was recently published in Dubrovacki Vjesnik magazine. It was a photograph of certain Marica Mocic-Molnar and her now-husband, as they were hugging tree in 1989. Since then, they had 26 years of happy marriage, the large plant being a key element of their tale. Indeed, it is a worthy contender for Tree of the Year.

Cast your vote for Trsteno plane tree here, and learn more about unique plants that inhabit European Continent.  The results will be published on March 21st 2018.

Photo: Tree of the Year