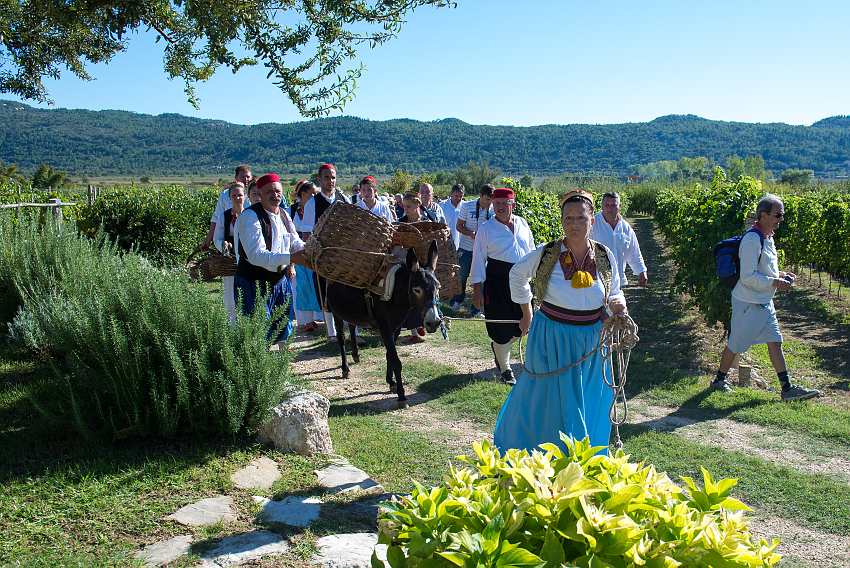 Croatia is known for its increasingly influental wine scene, and its most notable labels are highly regarded on global level. But where are these great bottles of red and white nectar coming from? From vineyards, of course. And vineyards have to be harvested. The beginning of this procedure is usually followed by numerous cultural traditions and manifestations of the world . Croatia is not different in that regard.

In order to celebrate the first day of annual harvest, Konavle people from the gallery below dressed in the clothes of their ancestors, picking tasty grapes with laugh, music and song.

Konavle was deemed as a rich and contributing area even in the Roman times, a period from which they trace the name. It descends from the Latin word „canalis“, describing the channels of water which exist on its soil, and which were used to power the aquaduct in town of Cavtat.

Next time you order a bottle of Croatian wine, let it be a product of Konavle. And as you enjoy its tasty aromas, remember the people who brought them to you.