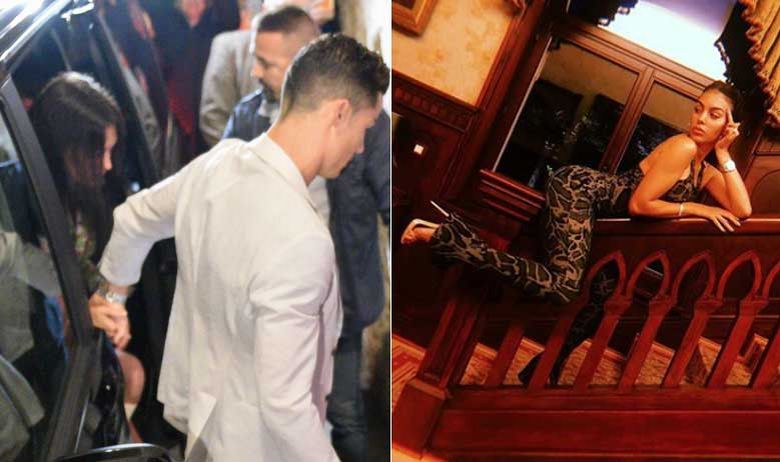 One of the world’s best soccer players is spending his Easter holidays in Dubrovnik, together with his lovely fiancé. Cristano Ronaldo and Georgina Rodriguez are not shy to show how much fun they are having in Croatia’s Adriatic pearl. Although far from eyes of local fans that would do everything for a photo with the famous footballer, the couple is gladly sharing their photos across social media accounts.

Easter was celebrated by couple on Island Lopud, a rather small destination in Dalmatia that has a few inhabitants. This provided them with much-needed peace and anonymity, although a couple of children recognized them and asked for autograms. “Lopud is not a very large place but a lot of famous people opt to visit us during their stay in Dubrovnik,” said Ivana Pulic, a resident of island settlement. “In order to reach the restaurant in which he had a reservation, Ronaldo had to move through our village. He wasn’t bugged at all, apart from our kids who just wanted a signature or two.”

The couple was in company of about dozen bodyguards, but everything seemed quite easy-going and without much fuss. “There was a couple that looked like them, only with caps on” another member of Pulic family explained, suggesting it may be a sort of decoy to draw the fans away from the real couple.

As for their accommodation, Cristiano Ronaldo and Georgina Rodriguez decided to stay in Villa Seherezada. It is one of the most luxurious residences of the kind on Adriatic Sea, often nicknamed “Mediterranean Taj Mahal”. This 4000 square meter castle of class is surrounded with large gardens and pristine forests of palm and cypress trees. For one overnight stay, the guests have to pay up to 50 000 kunas (about 6700 Euros). So far it provided hospitality to numerous celebrities, including Elizabeth Taylor, Richard Burton, Sofia Loren and Jamie Foxx.

The couple also visited Dubrovnik’s famous restaurant 360°, one of Michelin Star winners in Croatia and probably among the best places to dine on the entire European Continent. Check out what we think about this unique locality and consider booking your dinner while staying in Dubrovnik Old Town.

It is unknown how long will Cristiano Ronaldo stay in Croatia, but knowing that clash between soccer clubs Inter and Juventus is scheduled for April 27th, he will certainly enjoy Georgina’s company in Dubrovnik for next few days.