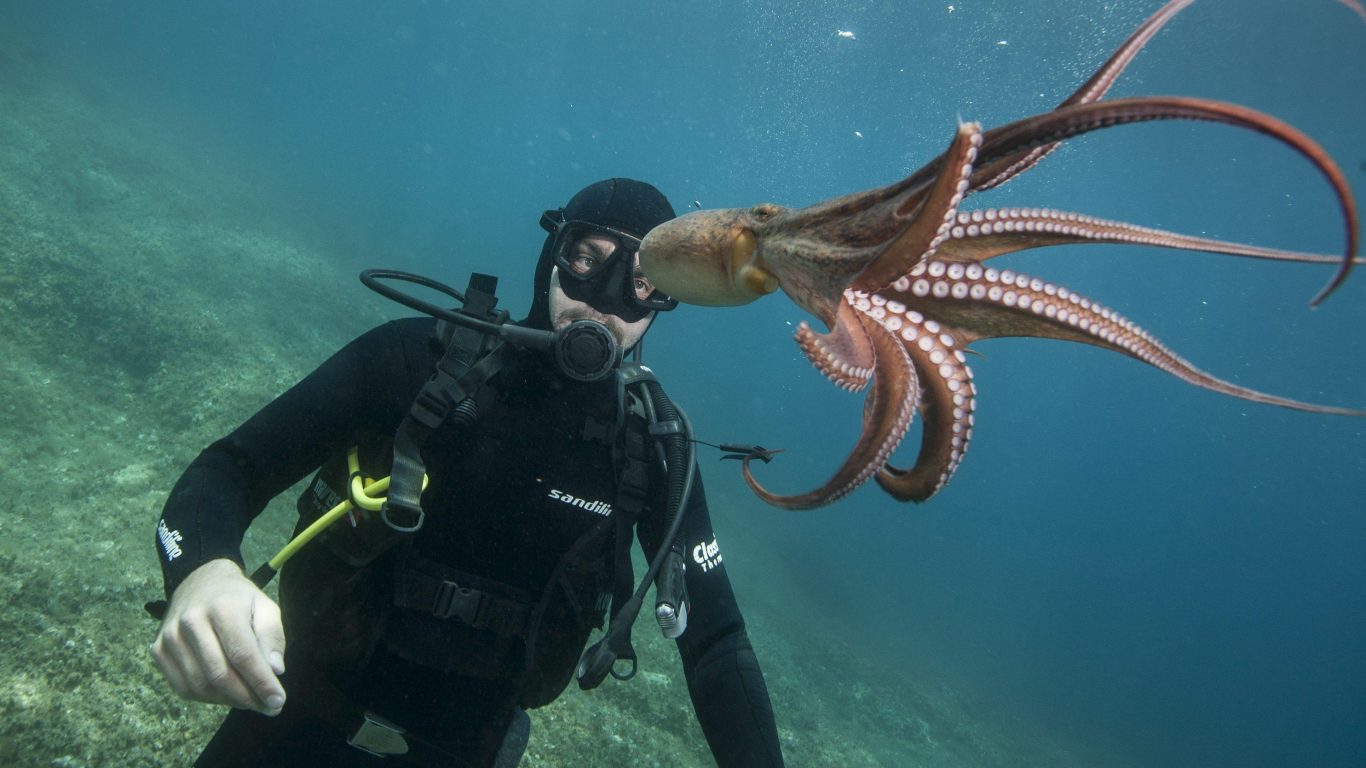 If there is a species that looks like coming from another planet, than it is an octopus. Full of tentacles and literally soaring through the water, it is a being which doesn’t seem to belong to our world. However, that is quite misleading. For numerous millennia, octopuses have been populating seas across the globe and they belong to Earth as much as every other living being. They are also quite intelligent, and encountering one underwater is always an exciting event, especially to junior scuba diver.

Yes, indeed: they can be encountered on the plate in a restaurant as well. Especially when cooked below a traditional peka bell that dominates culinary offer on Croatian coast. But seeing them alive and in their natural habitat could easily be perceived as a much more fulfilling experience. The one that connects with natural world and reminds us how we are connected with it.

The photo above was taken by members of Abyss Diving Center. While they were conducting regular sweeps of the underwater realms near Babin Kuk, one friendly octopus decided to keep them company. Who knows, maybe the animal spends its own holidays in Slunj, a town in Croatia that has been proclaimed as one of the most hospitable destinations in the world.