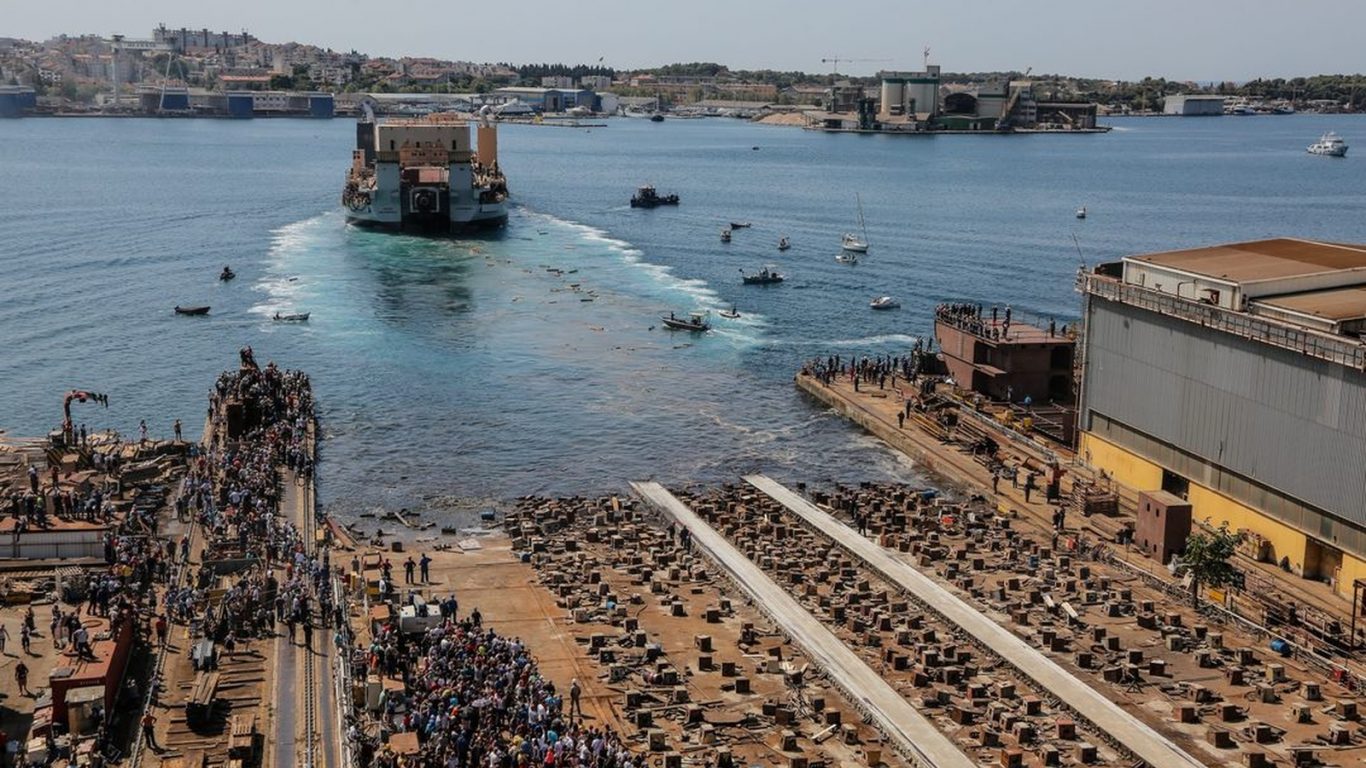 Having a shipbuilding tradition that can be traced for numerous centuries, Croats are skilled in vessel construction. Despite recession and economic instability, their hard work and reliance on most modern technologies keeps their reputation intact, and clients satisfied. The last success was a launch of world’s most powerful dredging ship, which will surely excel in its duties due to its magnificent strength and capabilities.

The gigantic vessel was launched on Saturday, from Uljanik Shipyard in Rijeka. It will be used for variety of tasks, mostly associated with underwater excavation. The owner of the vessel is Luxemburg Company Dredging and Maritime Management S.A. which is a part of JDN Group. The ship is named after Willem Van Rubroeck, a Flemish missionary and one of the greatest naval explorers of Medieval times. 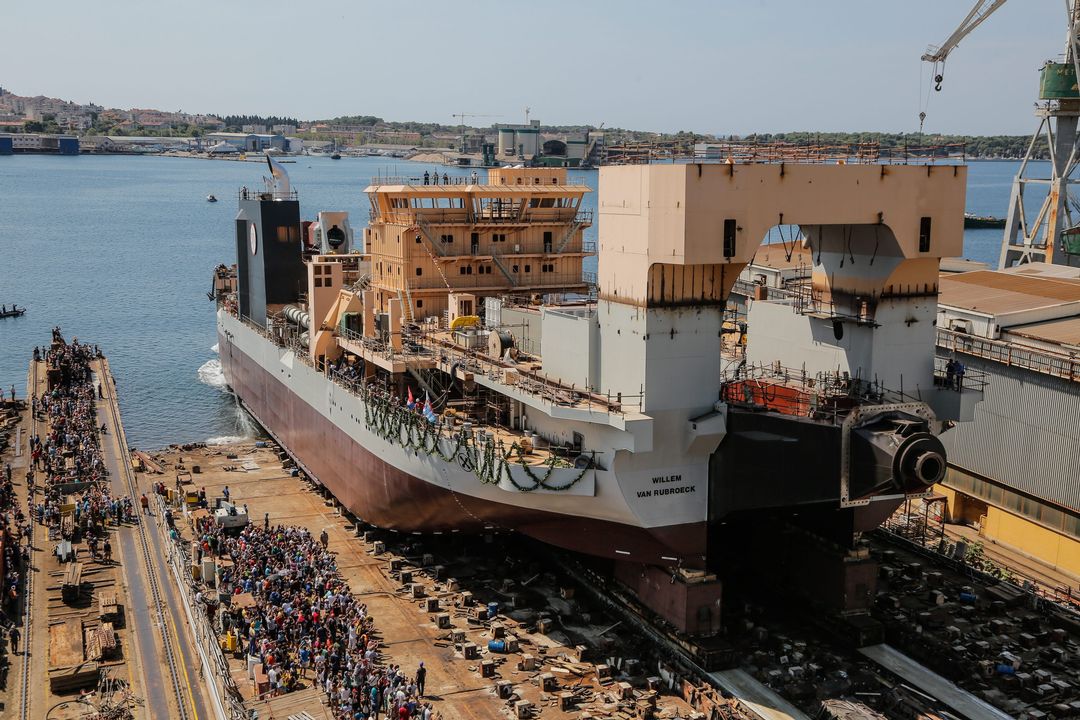 The ship is 151,3 meters long and 36 meters wide. Its height is ten meters, with cargo hold that can transport about 6900 tons.  The vessel’s maximum velocity is 1,80 knots, enabled by electrical power source of 40. 975 kW. Three pumps, each having 25.500 kW of power, are tasked with dredging processes.

If these numbers don’t mean a lot to you, it is sufficient to say this type of ship is called “Sea Bagger”. And to repeat, the one which just launched from Croatia is the most powerful of the kind in the world. Maybe she is not a luxury cruiser, but she is still a very impressive naval sight.