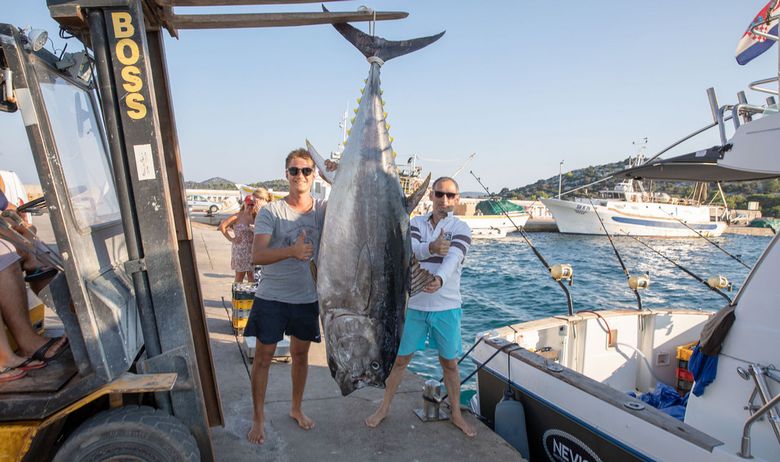 Catching a large fish is probably one of the most exciting moments one can have during summer vacation. Thankfully, the gentle seas of Croatia provide more than enough of such experiences. As a matter of fact, fans of fishing sport can count on a good catch, should they schedule their arrival to Croatian shore. A few days ago, for example, professional fisherman Anton Roca Krstic has caught a gigantic tuna in the vicinity of Zirje Island. 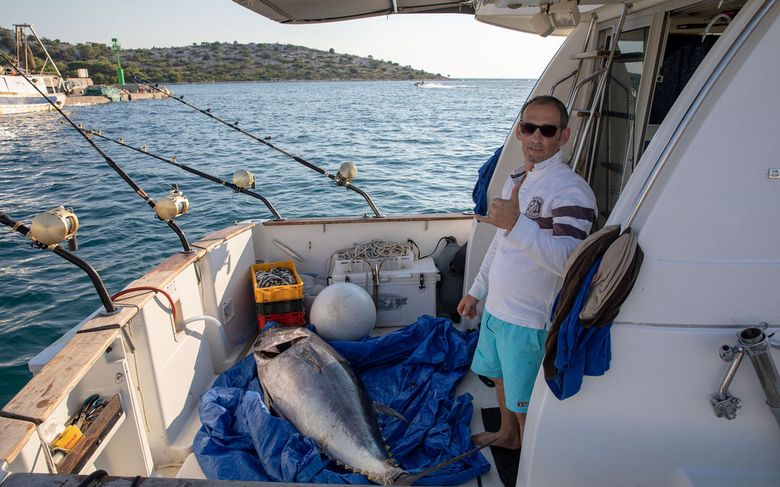 With assistance of Igor Juricev ‘Pipic’, Roca managed to catch what might be called a real monster of Adriatic Sea. Although it wasn’t the largest catch in his career, the fisherman confessed that hunting this prey wasn’t an easy task. It took more than an hour to transfer the catch from seas into the vessel interior. The length of the animal has been measured to be 2,25 meters.

The fish was caught approximately four nautical miles south from Blitvenica lighthouse. Once the fisherman returned to harbor, they became a sort of attraction for numerous tourists and photographers. 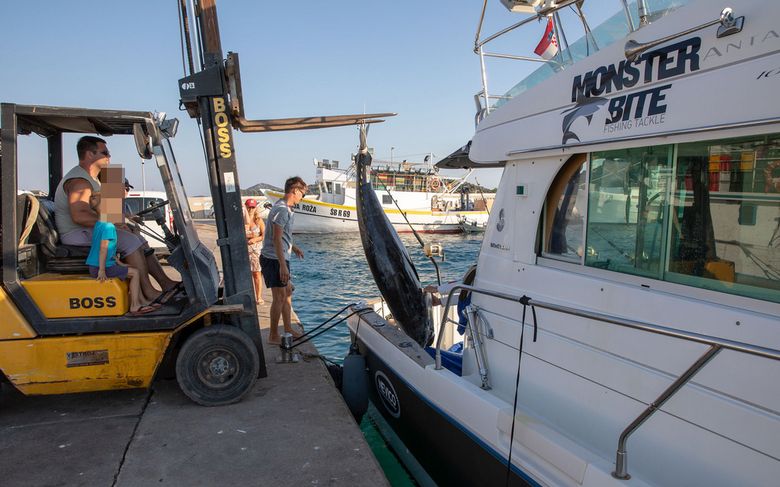 It didn’t take long for restaurant owners to show interest for such impressive specimen. After all, a lot of meals can be prepared from such large animal and there is always demand for fine Adriatic tuna steak. In a matter of hours, the fish was sold to Vjeko Basic, the renowned chef that owns award-winning restaurant ‘Boba’ on the Island of Murter. We are more than certain he will put Roca’s catch to good use. 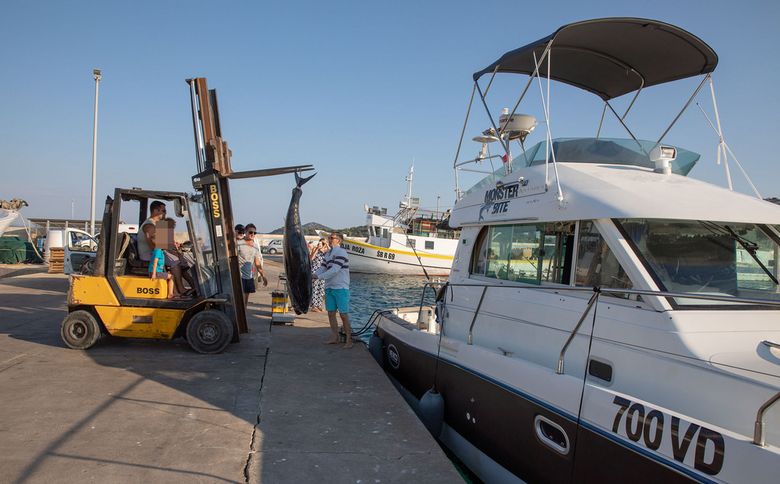 Have you ever been fishing in Croatia? We are certain that you made a lot of photographs during the experience. Feel free to upload them to our Facebook Wall and earn a chance to become our media contributor of the day.