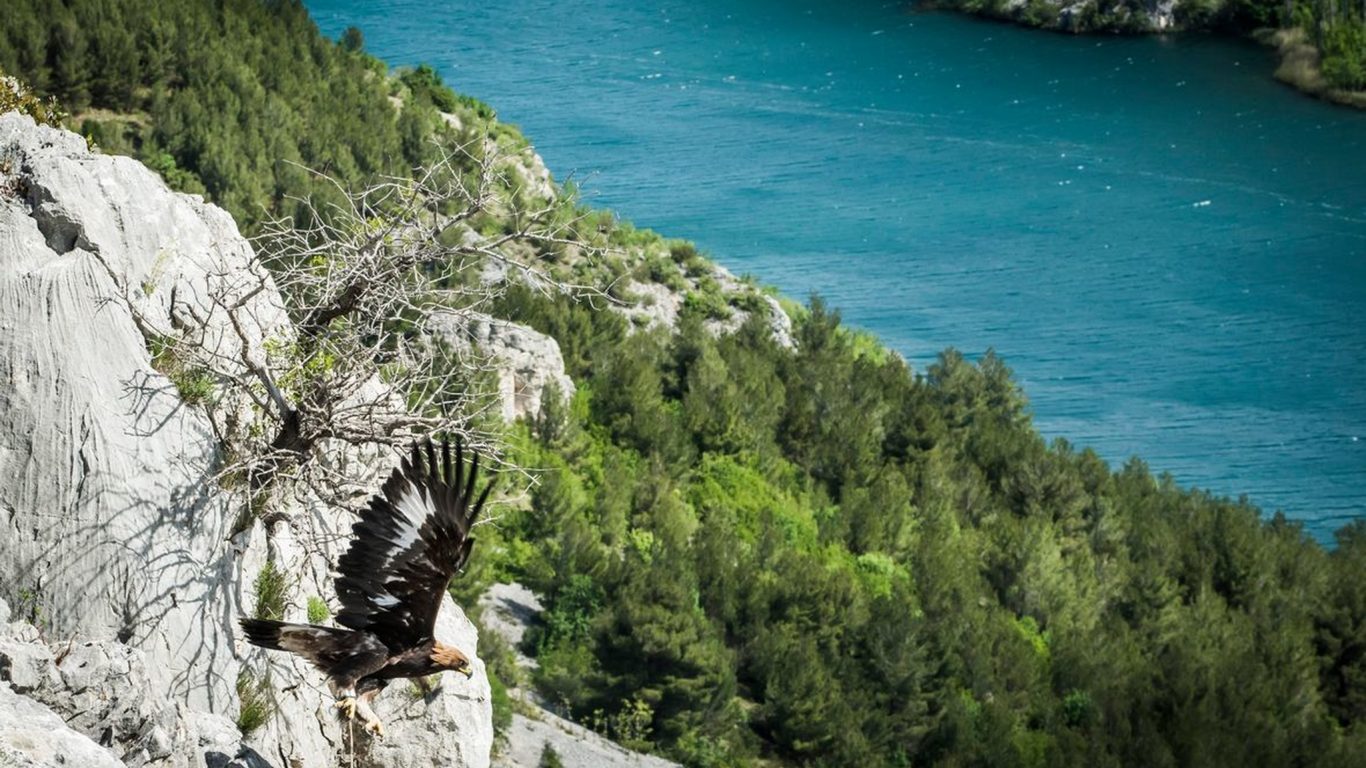 The golden eagles are very rare birds, even on Croatian soil where there are plenty of regions in which they can dwell. Experts think that about 80 specimen live in the country at the moment and efforts will surely be made to increase their numbers in the future.

One of these fascinating animals has been found injured near town of Drnis. He was brought to veterinarians and dedicated care was provided to heal his wounds. The animal was fundamentally released in beautiful Krka National Park, a gorgeous locality that surely became an attractive home. The beautiful photo above was taken during the release, adding hope that golden eagles will flourish even more in the gorgeous European sceneries.