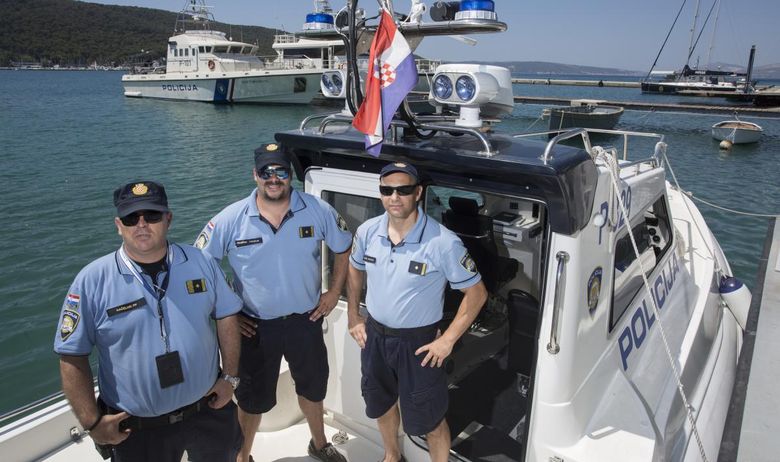 What are Croatian police officers like? If you ask the locals, they might describe them as being a little bit ‘too vigilant’ in their job. However, this is probably the perception of blue uniforms across the globe. Here are three things they underline as an issue with tourists.

Having rented a speedy vessel, a lot of visitors perceive the sea as a place of no traffic signs and complete freedom. Because of that, they often sail at high speed close to shore or in zigzag pattern, just for the sake of enjoyment.  Such behavior is forbidden, and usually a sign of inexperienced person at helm. It may lead to accidents, or losing the control over the vessel. To avoid being fined, respect the laws and rules of the naval transport.

It is a common situation in Croatia. Foreigners observe the neighboring island across the channel, and decide to visit it using nothing but their new animal-shaped air mattresses. The distance is actually much larger than initially observed, and the vigilant sailor ends up dehydrated between the two coasts. Don’t travel that way- it might lead to thirst, sunburns and other unfortunate endings.

Similarly to previous input, some people opt to swim on their own across long distances. In one specific anecdote, the police apprehended an individual that ventured five nautical miles away from his original bathing spot.  That is both impressive and illegal, as the swimmer ventured way beyond 100 meter perimeter from the coast, reserved for swimming. He exposed himself not just to natural surroundings, but to motor vessels as well.

According to Split police officers, Germans and Scandinavians are the most disciplined tourists and rarely fall in transgressions. Let them be a role model to everyone currently enjoying the Croatian hospitality.

Drive safe and enjoy your vacation while using Croatia by Car app!