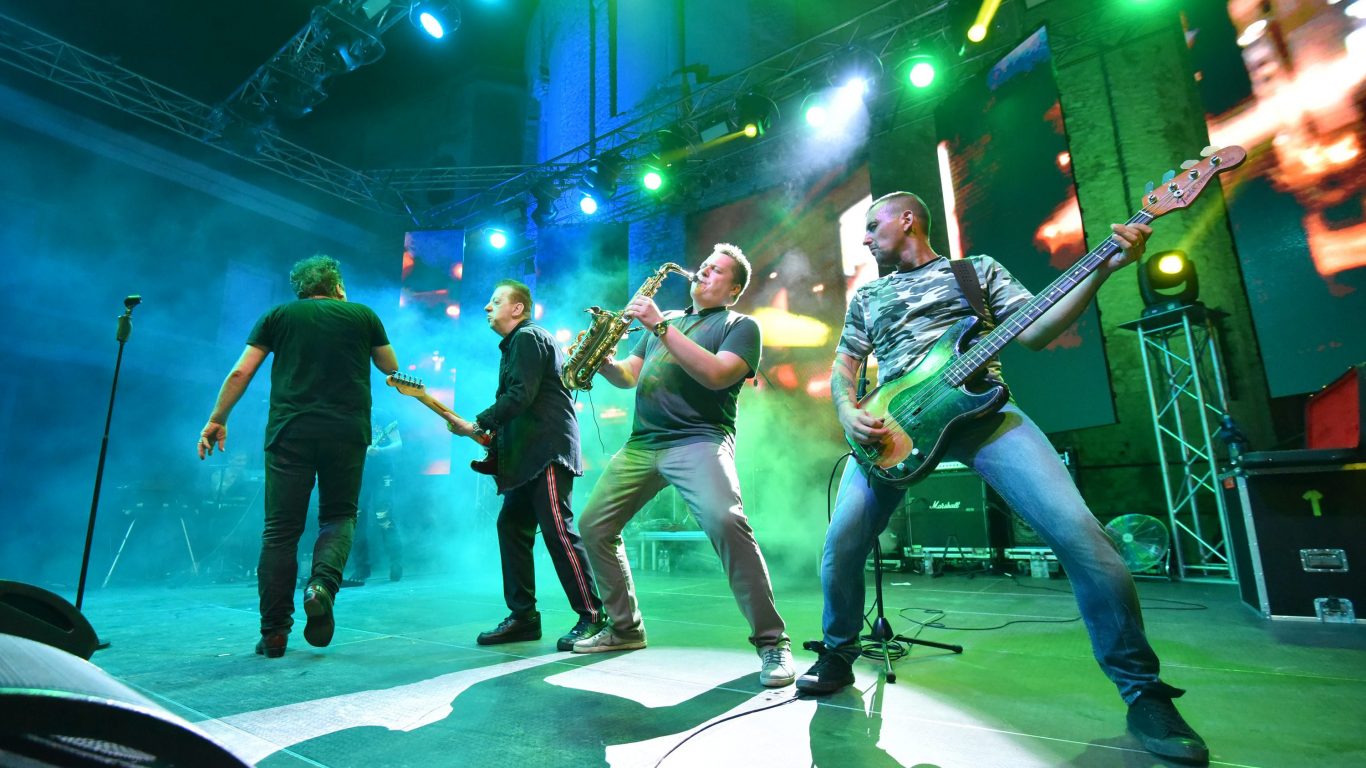 Natural beauty is not the only feature of Croatia. The country has a lot of talented artists of every kind, from old masters to contemporary experts of their craft. Croatian musicians are more than capable of entertaining the masses, despite the language barrier of the lyrics. Here are three upcoming musical events that you shouldn’t miss this summer.

Often nicknamed „Croatian U2“, Prljavo Kazaliste is a rock band known to every local, no matter the region of the country or generation of its inhabitants. Translated, the band’s name would be ‘Dirty Theater’. The group gained renown in early nineties, when their political arrangement contributed to nation’s self-awareness and distinctive identity. In later years, the band would turn their attention to issues of Croatian society, always ready to challenge them with their music. If you wish to attend their upcoming concert in Split, buying tickets is only one click away.

One of the most popular R&B singers in the region, Nina Badric is a performer that never disappoints her audience. Winner of several influential awards, she authored some of Croatia’s most known songs including ‘Nek ti bude kao meni’, ‘Carobno Jutro’, ‘Za dobre i lose dane’ and ‘Moja ljubav’. Listen to Nina in Sibenik and Zadar this year, and have an evening of prime vocal performance.

Never hiding to be inspired by Ramones, Psihomodo Pop is another legendary rock band coming from Croatia. Led by always-hilarious vocal Davor Gobac, this group has concluded the test of time with astonishing success. Being among the most valued Croatian musicians for several decades in a row, Psihomodo Pop doesn’t show any signs of being tired. Attend their Dalmatian concert during Aj Cha Festival and add some rock’n’roll to your vacation.

More Croatian Musicians plan their performances in the upcoming months. Use the services of Croatia Tickets to schedule your entries at reduced price. Croatia is more than ready to entertain you.