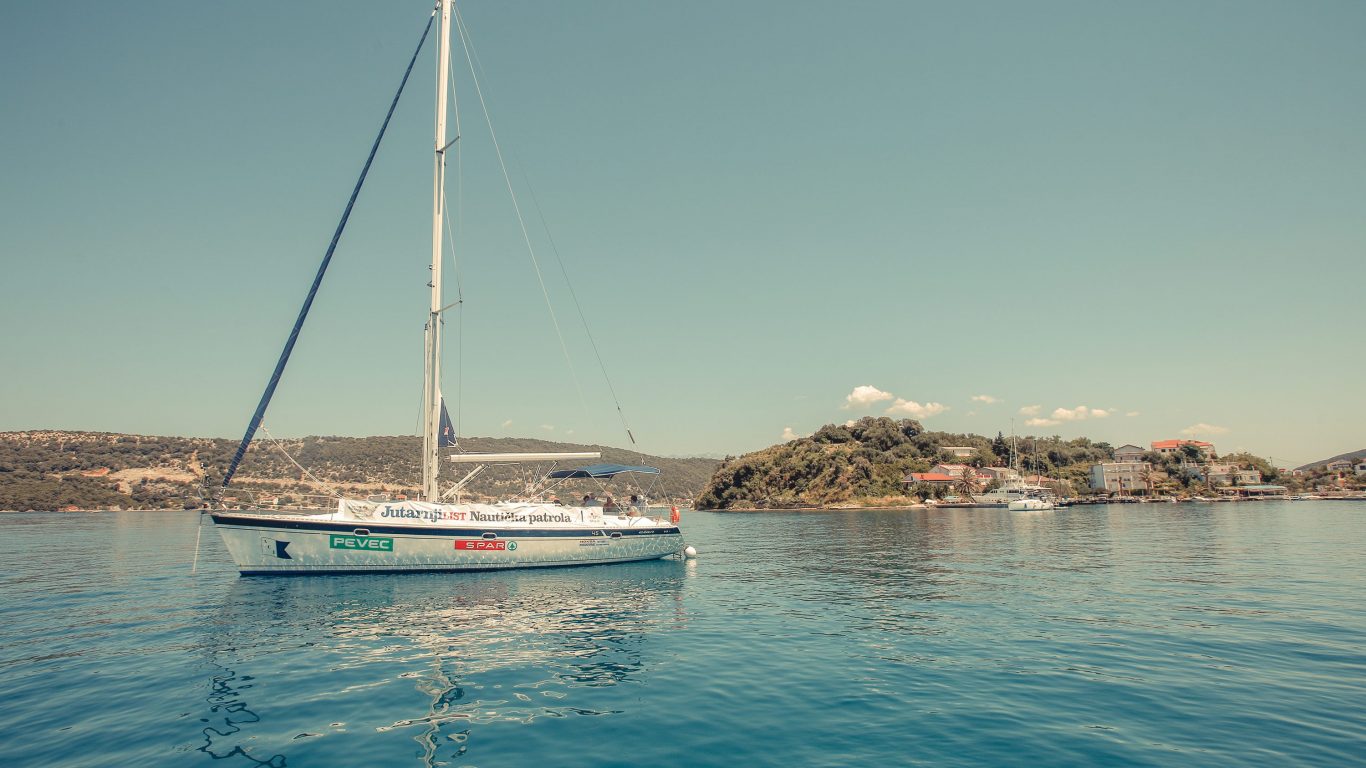 The five-member crew of Jutarnji list Nautical Patrol has been sailing the open sea for two weeks. Last week they visited five Adriatic marinas, the first one in Opatija and the last one on the island of Pag.

They kicked off their last week’s tour in ACI marina Opatija, whose location on the Opatija Riviera earned it the title of a jet-set marina from the very beginning. In the 1990s marina Opatija in Icici was mostly frequented by Germans, Italians and Austrians. Towards the end of the decade, the marina was discovered by Czechs, Hungarians and Croats, and became “the place to be” for famous Croatian athletes, business people and politicians. Things have change since then, but the marina is still jam-packed with guests.

“The marina is operating at full capacity at the moment. However, the structure of guests has changed; the marina is mostly visited by Russians, Slovenians, Croats and Austrians, which we can say are average guests“, said Ivica Skec, the manager of the marina. From Opatija the Maslina crew, led by the chief journalist and sailor Mladen Gerovac, with yachtsman Milan Ilic, sports journalist Tomislav Juranovic, Cropix photojournalist Danijel Soldo and journalist Damjan Raknic from the Jutarnji list online portal, set sail to the island of Krk where their next stop was marina Punat.

Mladen Gerovec, the leader of Nautical Patrol wrote down his impressions: “The location of marina Punat at the island of Krk is ideal for nautical tourism – a secluded, but at the same time wide enough bay, on an island that is connected to the mainland by a bridge and an airport. The town has a shipyard; it is close to mainland Europe and to numbers of fans of boats and sailing, longing to spend their vacation at sea. The talented, educated and skilled locals have the knowledge and the will to provide the tourists with everything they want and need.”

Manager Renata Marevic defines marina Punat as family-oriented, with generations of returning guests. Marina Punat boasts modern technology.
All sailors have an app installed on their cell phones, tracking everything that was done on individual boats during the week, and recording it on the Marina cloud system.
Marina Punat is very well equipped, offers a great gastronomic selection and has its own beach to which the guests are shuttled.

Dragutin Zic, the alpha and omega of nautical tourism told the Maslina crew the story of marina Punat beginnings. Leaving behind the beautiful vistas of the island of Krk, the crew sailed to yet another island, the island of Rab. On route to ACI marina Supetarska Draga, one of the most peaceful marinas our crew has visited so far, our sailboat passed the peninsula Kalifront. “Our guests are not interested in the hustle and bustle of towns crowded with tourists. They prefer taking walks above the marina, visiting the locals where they can buy some home-grown tomatoes, cucumbers, or olive oil, having a glass of wine at their terraces and returning to their boats.

“It is a special experience for them, a kind of visit to an old friend. This is their home as well, and we perceive them as our sailors that know the island even better than we do. Finally, only around 20 percent of our guests venture into the southern waters of the Adriatic“, Darko Dumicic, the manager of the ACI marina Supetarska Draga, told our crew. On the other hand, ACI marina Rab is the total opposite of marina Supetarska Draga.“

Just 10 miles away from the peace that characterizes Supetarska Draga you’ll find an entirely different story.
ACI’s transit marina is located in the town of Rab, with its old quarter, its myths and legends, the ancient streets telling many stories and its fjera, a medieval fair that represents an ideal alternative to, and a break from the sea.

In the marina situated near the old town, the view is oriented towards the mainland, which, at times, is more intriguing than the deep, blue furrows of the sea“, wrote Tomislav Juranovic after seeing the marina.

Upon visiting the two marinas on the island of Rab, the crew headed to ACI marina Simuni, the only marina on the island of Pag. The marina in Simuni, specific due to very little transit of boats, generates most of its income from annual mooring, its crane and the dry berths. According to its manager Ivan Mokos, from the 22 ACI marinas, the number of boats on land was the highest in marina Simuni. Even though the marina officially has 50 dry berths, the number of boats on land climbed to 60.

Leaving behind the island of Pag, Maslina once again set off to open sea. You can follow the Nautical Patrol crew live on the sailboat in 360° technology on the jutarnji.hr online portal.