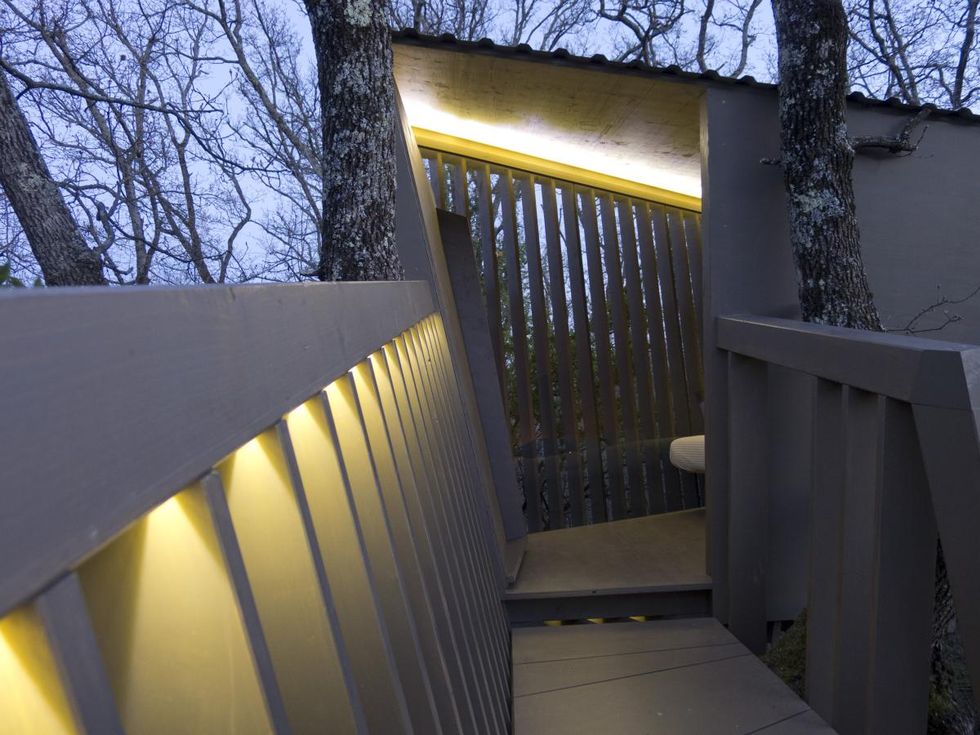 Having a wooden tree house was always a dream of Tonci Grabusic, a popular jazz musician that lives in Croatian City of Rijeka. He finally fulfilled his boyhood fantasy, with the assistance of his friend, architect Ivan Juretic. They mutually agreed to construct a small estate on a tree next to Tonci’s holiday house on Island of Krk.

However, the final result is anything unlike what you’d expect of a wooden house on a tree. The new estate features a modern design, with uncommon lines and shape. It is believed that this small construct is unique not only in Croatia, but this part of Europe at general. 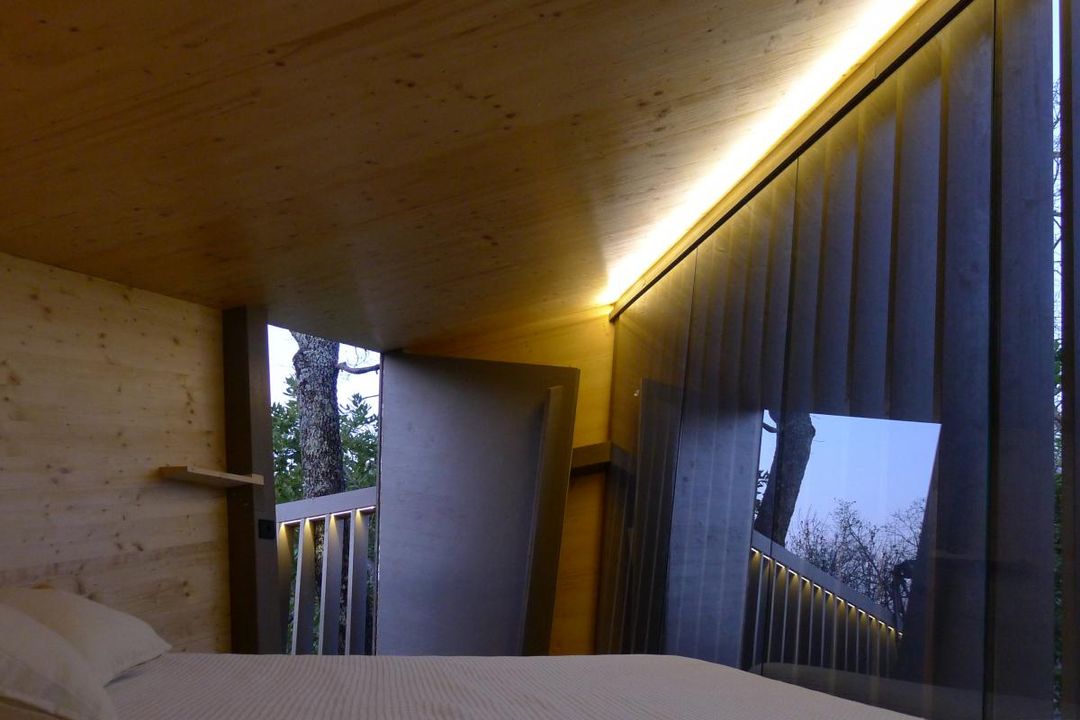 The house has merely eight square meters of interior, and a balcony that adds two more. It has electricity, yet lacks sanitary system, thus serving as additional space to the neighboring house (of course, that one is not located on the tree branches).

The interesting residence can be found in Sveti Vid settlement, and is located about seven meters in air. The workers haven’t cut off a single branch during construction, in order to respect the natural asset they were working on- a large oak.

Eight stability planks were added, though. The house has glass platforms, allowing the residents to observe the surroundings. The interior has a set of small closets and a double bed.  As for illumination, the tree house has been equipped with a LED system, operable via remote control. 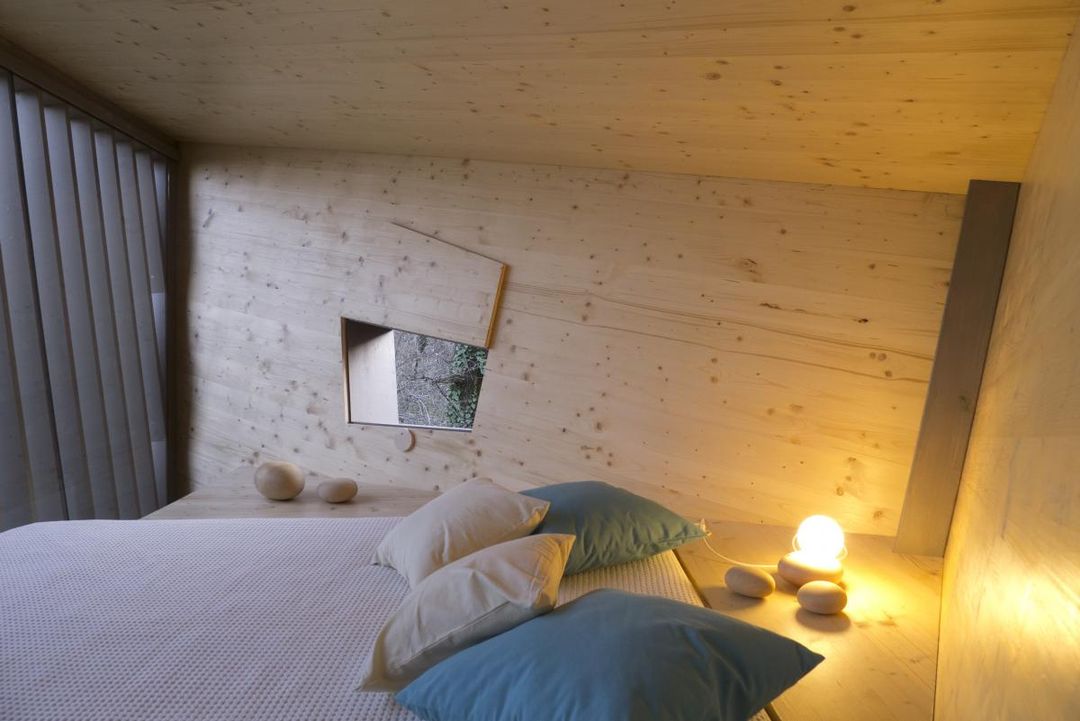 According to owner, the tree house has already become a local feature to the settlement. For visitors who just don’t find pools to be that exclusive, it might just be the right thing to have on vacation. “The residence really puts a smile on everyone’s face,” Grabusic concluded. “It also provided a boost of interest in the accommodation we are renting.”

Check out what tree house of Krk looks like in our image gallery below.