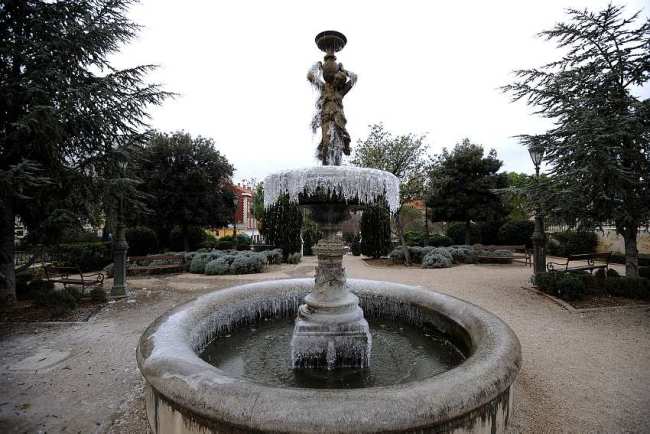 Winter brings many fable-like sceneries, and Sibenik‘s Robert Visiani Park isn’t short on its share. The park’s fountain, usually crowded with birds during the summer season, now lies embraced by ice, giving it a strange, enchanted look. Add evergreen trees and old-style lanterns, and the only thing missing is a book by Charles Dickens.

The park is named after a 19th-century Sibenik botanist Robert Visiani, and features a statue of Croatian King Petar Kresimir IV. This royal also gave the name to a popular drinking spot in the nearby vicinity of the park (Petar Kresimir Café and Wine Bar, Obala Franje Tudmana  1). And if you get hungry, there is a traditional tavern called Kanela in the same street (Obala Franje Tudmana 5).

Have you already visited Robert Visiani park, even during the warmer period of the year? Share your photos and images of the place on our Facebook page and earn a chance to become our media contributor of the day.