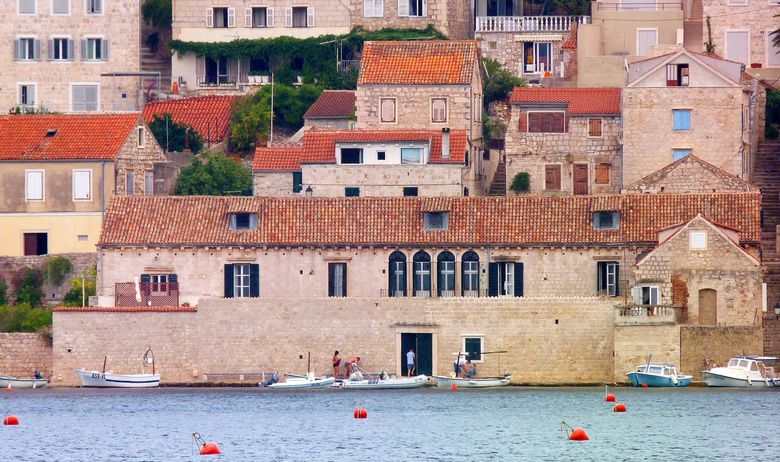 If you follow popular movies and celebrities, then you know that the beloved musical „Mamma Mia“is receiving the sequel.  The production is on the way, and although the screenplay notes Greece as the location of the tale, the filming is actually taking place on Croatian Island of Vis. If you are in the vicinity at the moment, chances are you will meet some of the movie’s top stars, including Meryl Streep, Pierce Brosnan, Colin Firth, Amanda Seyfried and Lily James.

What is known at the moment is that the crew is doing their job in Barjoska Valley. Knowing this, our colleagues from Jutarnji List daily paper went to paparazzo mode, and decided to pay a-visit-to-Vis.

The production has invested quite a lot in local infrastructure.  For example, they have broadened a pathway leading to Barjoska, allowing more dense traffic with other parts of the island. Every day, equipment is being transported to the set, mostly from a large storage tent situated in the central Vis settlement. For their prime base, the crew has chosen a former tin can factory near Komiza, from which they are reaching the set via naval way. Interestingly enough, the production also uses an abandoned military base in the vicinity, as Vis was an important army locality a few decades ago. 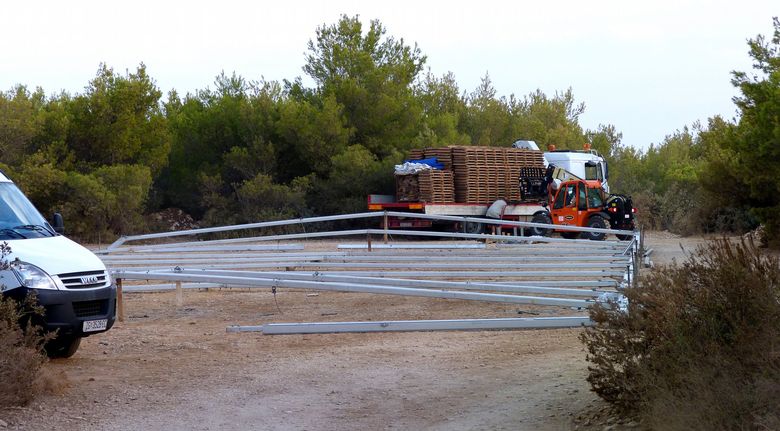 After following the freshly broadened pathway, Jutarnji List team has reached the first movie prop. It was an imitation of a Mediterranean residence, made from Styrofoam, but looking quite authentic from the distance. A few meters away, a security guard was keeping the path safe, unsuccessfully trying to save himself from the sun under a small parasol. The team tried to play ignorant; asking why is there so much noise in the valley. “They are filming something,” the somewhat witty guard replied. “I don’t know much. You have all on internet and television.”

The actual filming is still in the initial phase, so our team was allowed to continue. They reached the valley, meeting another security guard and a firefighter officer. Both of these were polite, explaining to the team that they couldn’t share any information as they have signed the contract with the production. When asked how much are they paid for being quiet, they simply laughed. Barjoska’s coastal area was calm, occasionally disturbed only by the sound of crew’s boats arriving to the shore.

After leaving the valley, Jutarnji List journalists decided to learn about the possible whereabouts of the movie stars. They contacted Katarina Pincetic of Paiz Travel, a company which rents a number of luxurious accommodations on Vis. The response was similar to the one of terrain crew. “I can’t say anything, I’m under contract,” Pincetic explained in resolute tone. “I earn money this way, and won’t hazard my work for any newspaper.” 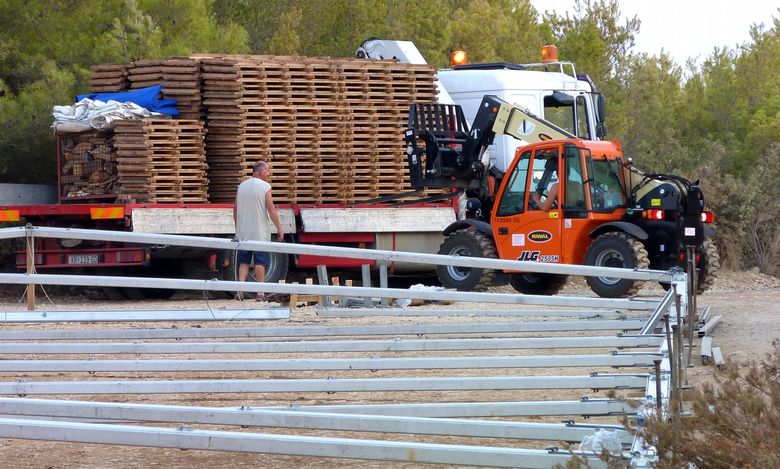 Local villa renters are not the only people involved in filming. Literally the entire island is working on the movie. Owners of tourist accommodations provided hospitality to personnel (which counts to approximately 700 members), while Vis drivers and rent-a-car companies are providing their assets with maximum capacity. Cleaning ladies are also much needed, their positions always opened for hire.  As for extras, they were surprisingly difficult to find. Some will probably come from distant localities, just to take their part in the Abba-tuned spectacle. According to rumors, the dancing extras receive about 800 kunas per day (approximately 110 €).

The team had a small chit-chat with mayor of Vis settlement, Ivo Radic, as well (we’ll cover his interview in a separate article). Immediately after, they headed to Pakt Media headquarters, a local production company which assists Universal Studios in the process of filming. Immediately after learning that visitors are of journalist profession, the employees have kindly asked our them to leave. “We can’t say anything, we are under the contract,” a charming Split girl added. “We knew you were coming, you just went to mayor’s office. We are tracking you, guys” she said in a witty tone. 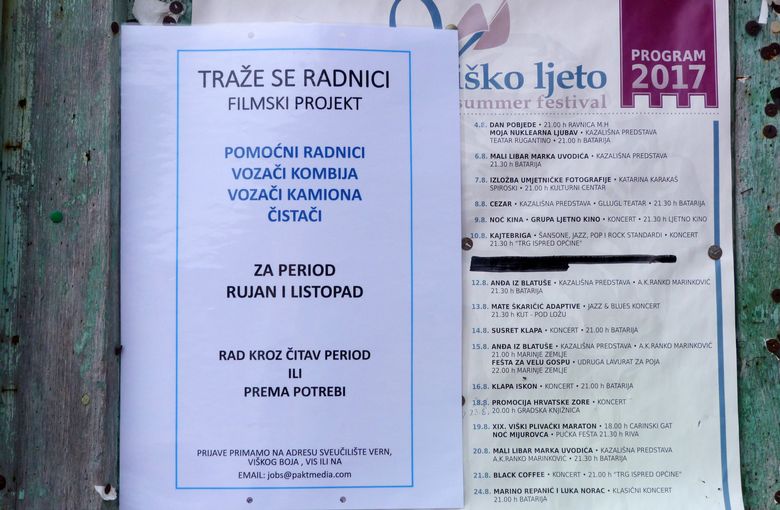 Not wanting to put the crew in trouble, Jutarnji List team retreated to Vis marketplace, located beneath an old Palace Mardesic. There, they finally found people not tied to Abba’s omerta.  Mirko and Jakov were sellers of traditional Croatian wares, more than ready to share their thoughts on Mamma Mia Sequel.

“It’s good for Vis, yes” Jakov said next to cheese and prosciutto slices. “There’s always work on the island, and movie spectacle won’t do any harm.”

“What will you offer Meryl Streep if she visits your stand?”

“Oh, whatever she wants. Everything here is home-made and authentic product of Croatia,” Mirko noted with laughs. Who knows, maybe the famous actress will visit the funny seller beneath an old palace.

Keep reading Croatia Times for more information on Mamma Mia sequel, and don’t hesitate to share your opinion on the movie in our comments section below.