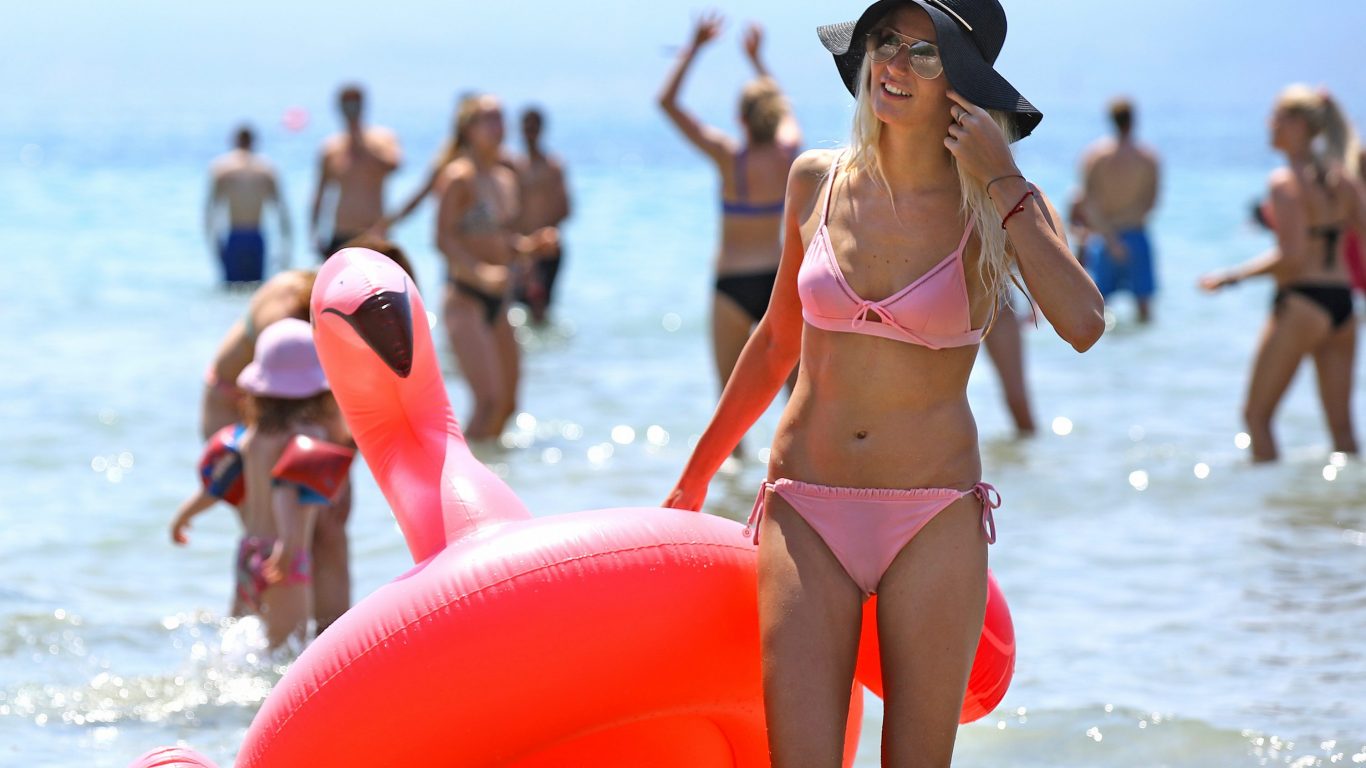 Planning to visit Dalmatia during this summer?  We bring you a list of six beaches to enjoy in Split, and provide reasons why you should settle your towel on their soil. And once you refresh yourself in Adriatic Sea, there are plenty of things to do in the busy streets of Split. From great restaurants to unique historical sites, this town never fails to fulfill his visitor’s expectations.

But enough chit-chatting! Let’s hit for the Split beaches.

This beach is on the north-eastern part of Marjan. Partly sandy and on the sides rocky beach is hidden in a pine forest. Filled with numerous additional facilities; a restaurant, tennis courts, playground for children, showers, changing cabins, makes it ideal for families.

Next to the beach is a part adapted for the disabled, including a lift aiding the disabled on their way into the sea. This beach is ideal for playing card games, namely traditional “treseta” and “briskula” usually played by the locals.

Beach Kasjuni is westernmost of the Marjan hill, and the first beach from the beach Kastelet western-ward. Popular for families with children. The beach has a deep bay, small pebbles, a Café, and changing cabins.

“We are going to Bacvice…”, is tune often heard around the town, words of a joyous hymn to the municipal beach, officially designated as such in 1919. Bacvice is a phenomenon of nature, a sandy beach at the heart of the city, in the vicinity of the city harbor, and it can accommodate over ten thousand people.

During the low tides in springtime Bacvice turn into a split version of Copacabana where many famous soccer players first displayed their talent, where the rugby in Split was born, where even in wintertime a unique game of “picigin” is played (a sort of volleyball, played in the sea shallows with a small ball).

Bacvice today represents a best known promenade for all generations, and during nighttime is the favorite center of nightlife.

Nobody has the lungomare, a promenade by the sea, like Split! All the way from the arjan peak or the Oceanographic institute you can take a stroll along the sea all to the eastern marine city limits like: Bacvice, Ovcice, Firule, Zenta, Trstenik, Duilovo…

Because of its fine sand and natural shelter Firule have always proven to be especially interesting for mothers with young children. A recreational pilgrimage to Firule grew more popular as the tennis center was organized here. Nikola Pilic, Zeljko Franulovic, Goran Ivanisevic learned their first serves here as well as Mario Ancic and Jelena Kostanic. Indeed, a must-mention on our list of Split Beaches.

Beach Trstenik is on the east side of the city of Split, right next to Zenta and Znjan beach. Pebble beach with an easy entrance into the sea is ideal for families with children.

Recently renewed part of the Hotel Radisson Blue beach offers its visitors also the possibility of a VIP treatment. Due to the sustainable management the beach has been awarded the Blue Flag.

Beach Znjan has settled in between beach Trstenik on the west and Duilovo on the east. It became very popular among the citizens of Split with the arrival of John Paul II to Split in 1998.

Besides being an ideal promenade and a leisure destination for the citizens of Split, it thrives with numerous restaurants, bars, cafés, playgrounds, trampolines for children and other facilities.

There you have it! Six Split beaches to enjoy in Dalmatia Capital. Have you already been on one of these gorgeous coastal sites? In that case, share your photos and clips on our Facebook Wall and earn a chance to become our media contributor of the day. Otherwise, make those photos this summer, as you venture the lovely coastal areas of Split.