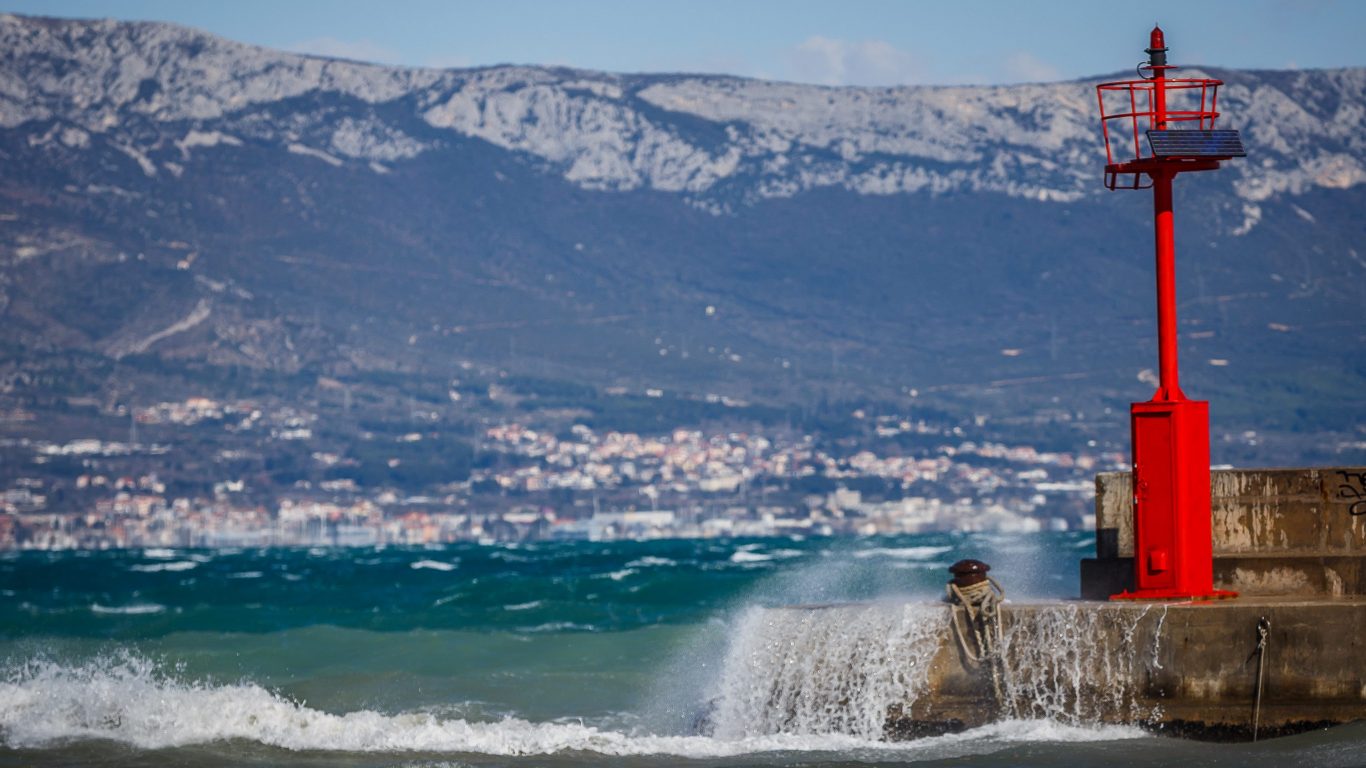 We won’t be quoting any scientific studies, but it is common knowledge that people on Croatian islands are quite vital even in their senior years. Losinj has been called the Island of Vitality, while spending some time on Palagruza guaranteed a positive shift of one’s wellbeing. But today, we write about Island of Ciovo and one of its eldest residents: a church choir singer Gajtan Gajo Domic. Living in the village of Slatine, this active senior has quite a tale to tell. He spent his life surrounded with beauty, yet life wasn’t always easy. But whatever challenges arrived, he greeted them with a song.

“I’m singing since 1952. It was a year I left communist party and exited from Yugoslav military due to tuberculosis,” Gajtan explained to Croatia Times source, speaking in Dalmatian dialect. “That illness really helped me, God bless! If I were healthy, I would serve in the Navy for three years. This way, I was just stationed for three months.”

The singer often goes for blood tests in nearby Trogir. “I do that on my own, because I take care of my health. While I am there, my wife reads from the prayer book,” Gajo explained, adding that his 83-year old spouse sometimes makes a pause of praying for the sake of a simple cigarette. “She does that a lot, while I never held a smoke in my life.”

There was a lot of famine in the past, and Gajo had suffered greatly for the lack of food. “My father was a fisherman so we always had seafood on disposal. But bread could be found on rare occasions. My departed brother and I once stole some flour from our mother in 1947 and baked bread. I still remember how well-fed we felt at that time.”

Gajo is a tenor in local Catholic Church of Mary’s Assumption. He lacks musical education, but was always eager to release his voice in a song. “For nine years I worked as a helmsman, but that was not the only thing I did in life. Once my father and I had to move stones in boats from Ciovo, which was a difficult task. Yet, I sang all the time, it was always a source of enjoyment for me.”

Gajtan’s deceased brother, however, was a professional musician that knew to play several instruments. Unlike Gajtan that sang in Church, he played for communist leader Josip Broz Tito on Islands of Brijuni. This wasn’t a big issue according to Ciovo tenor. “Tito was never against faith,” Gajtan exclaimed in his interview.

When asked whether he seduced his wife with a song, the singer answered positively. “I had a friend called Cigo, and we would come under her window to sing. We were usually quite drunk, but she loved the practice nevertheless.”

A lot of local males have passed away, but Gajtan doesn’t seem to be counting his days. “My parents had six children before me, and all of them died in their youth. My father went to a priest in Ljubuski and asked whether there is something he can do. The clergyman said to name a male child with his own name. When I was born, he called me Gajtan. It is slightly different from his name, which was Gajo, but that became my nickname on the island.”

“God gave me a wonderful voice, and I think that was done so I can praise Him. At one point I wanted to go away from the choir, but they didn’t let me. They really needed me there, so I stayed. I don’t mind. I have good lungs.”

The elder from Ciovo has a good advice for his fellow singers. “I don’t drink raw eggs, but I inhale cooked seawater with sage plant. This was an advice from my doctor, albeit it was for my eyes.  But I noticed that my voice benefits from it as well. So I enjoy the fruits of nature.”

If visiting Ciovo and suddenly hearing a beautiful voice, chances are that you are close to Gajtan doing what he does best.