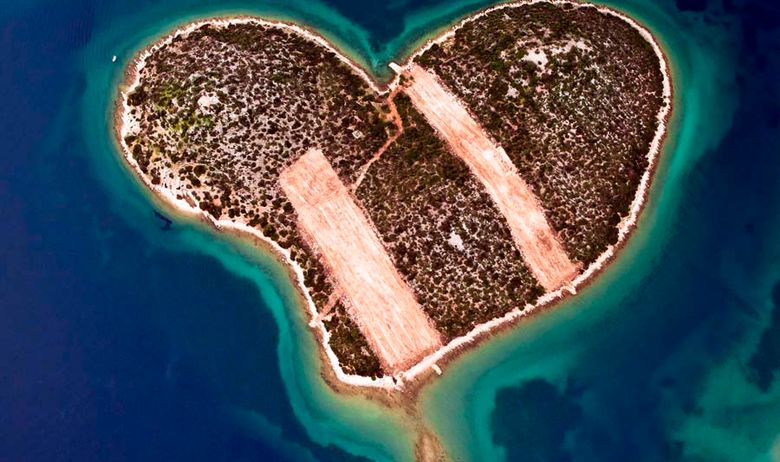 It may be small, but Galesnjak is among the most popular islands in Croatian Sea. The buzz begun several years ago when its heart-shaped form was noticed by users of Google Earth. From that moment, it was regularly featured as one of the most romantic sites in the world.

But romantics are not the only people interested in the tiny inlet. Archaeologists had their own take on its shores, searching for clues about its distant past. After through research, the conclusions are quite unexpected. According to Mato Ilkic who led the team of archaeologists from Zadar University, Galesnjak was settled by humans thousands of years ago.

In the waters between Galesnjak and inlet called Ricula, scuba divers from the team found what seem to be remains of a bridge-like construction from prehistoric times. Ilkic is certain that it was man-made by local community as a crossing between the two destinations.  From what is known at the moment, the construct is at least 7000 years old. Human population of the age didn’t use complex materials, and were usually dealing with agricultural matters. It should also be noted that in those years, sea levels were five meters below current levels.

Who knows, maybe this ancient bridge was made by cavemen romantics who wanted to spend a lovely vacation on Galesnjak shores even in those ancient times? Whatever the cause of their building, the tiny Adriatic Island is again being talked about on global scale.