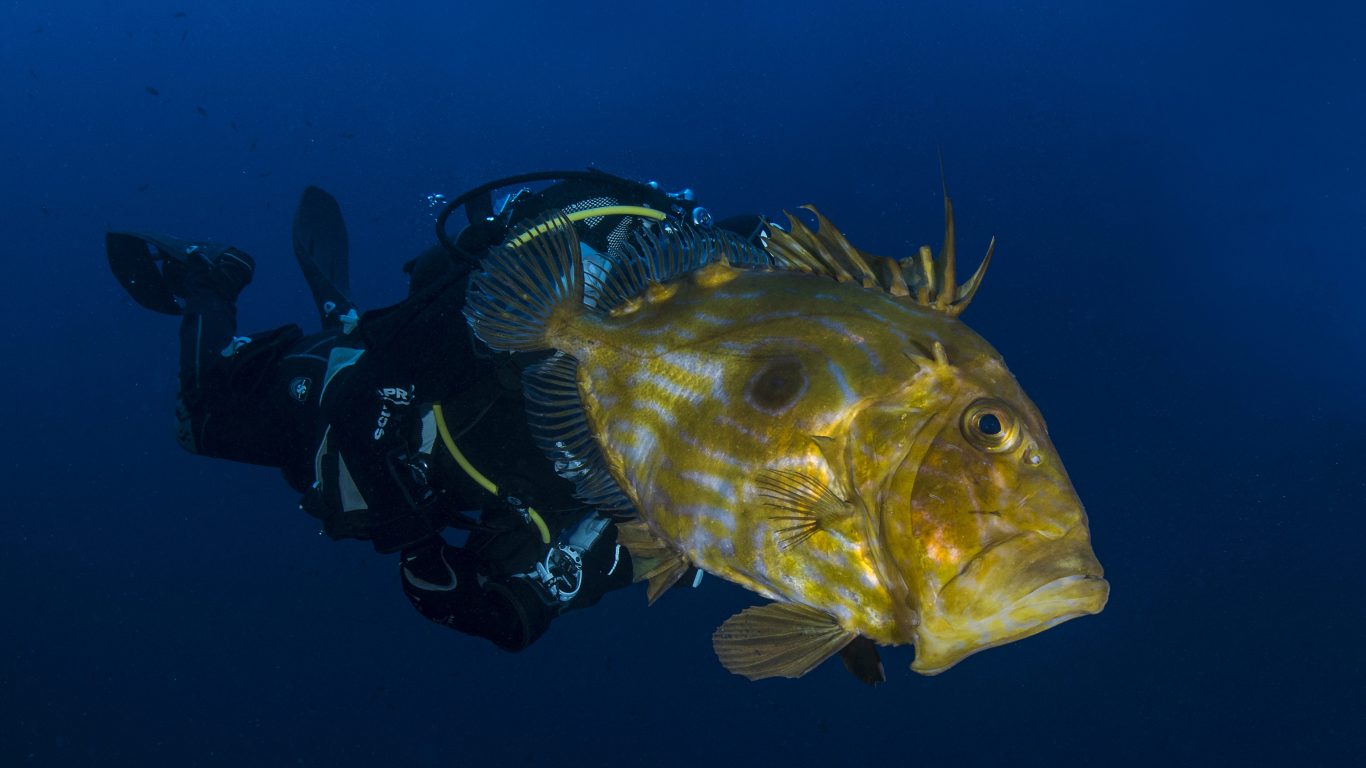 Depths of Adriatic serve as home to many animal species. Meeting some of them is always a unique moment on your vacation adventure. Just spending some time next to a large St. Pierre Fish is enough to make your day, and they have quite large population beneath the waves of Croatian Seas. St. Pierre fish is known under many names, including John Dory and Peter’s Fish. It can grow up to half meter and weight about three kilograms. It is edible, its meat being a true delicacy on many konoba tavern menus. Luckily for the guy on our photographs, we were not seeking dinner in scuba gear.

The fish has a rather interesting feature. In the center of its body, there is a large black spot that can change intensity, becoming a sort of ‘evil eye’ in cases of danger. It also confuses pray, providing opportunity for successful catch. St. Pierre usually eats sardines, although cuttlefish can also be found as its meal. 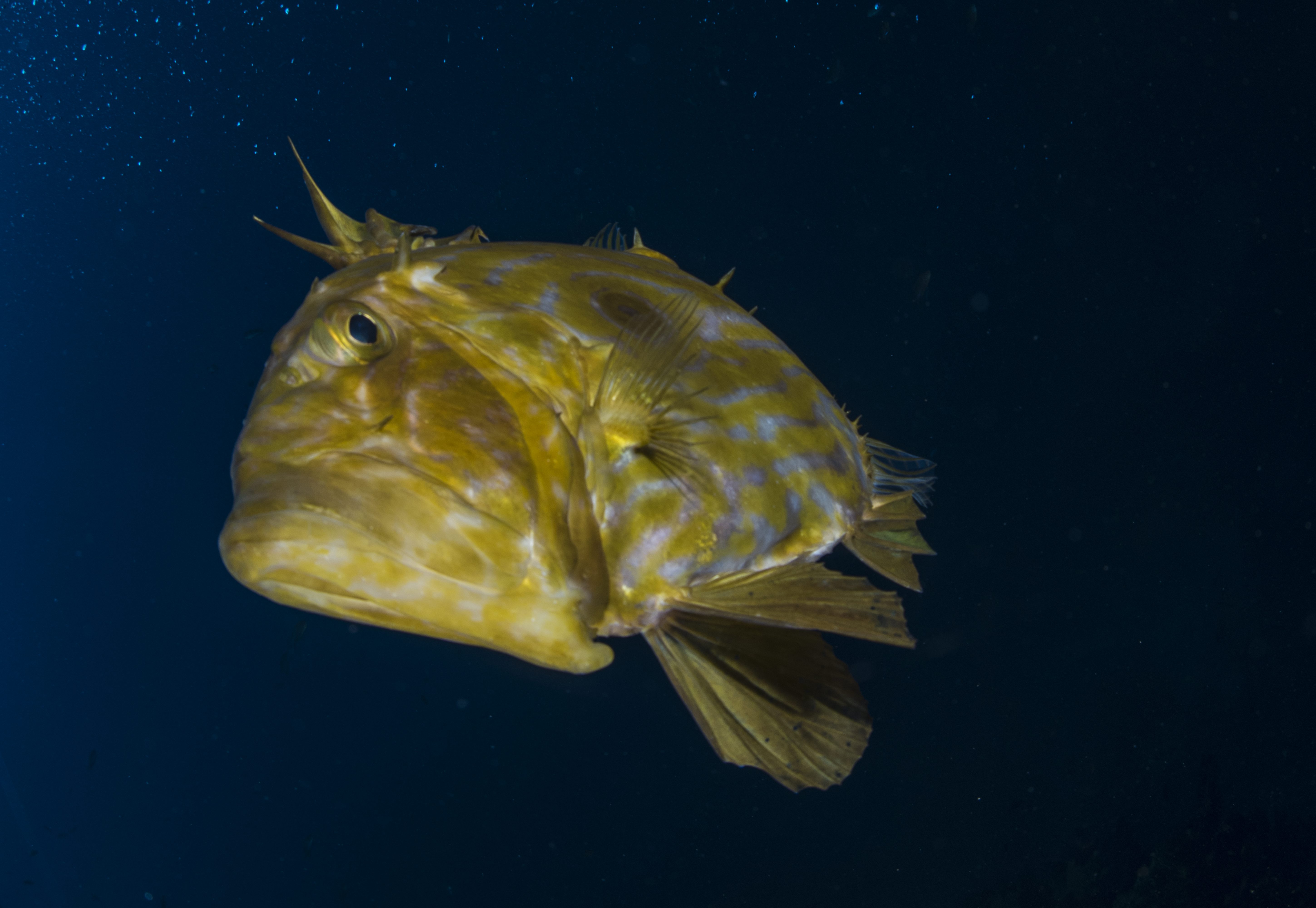 The origin of animal’s name is not precisely known.  There was a saying that it was brought to Jesus Christ by Peter the Apostle. Others connect it with John Dory, a character of a child ballad that had first print in early 17th century.

Encountering this animal is not a rarity, and since it is completely harmless to humans, it can also be a pleasant event. The impressive size of some specimens adds to experience. Croatian names for this fish are kovac, sanpjer or riba Svetog Petra. 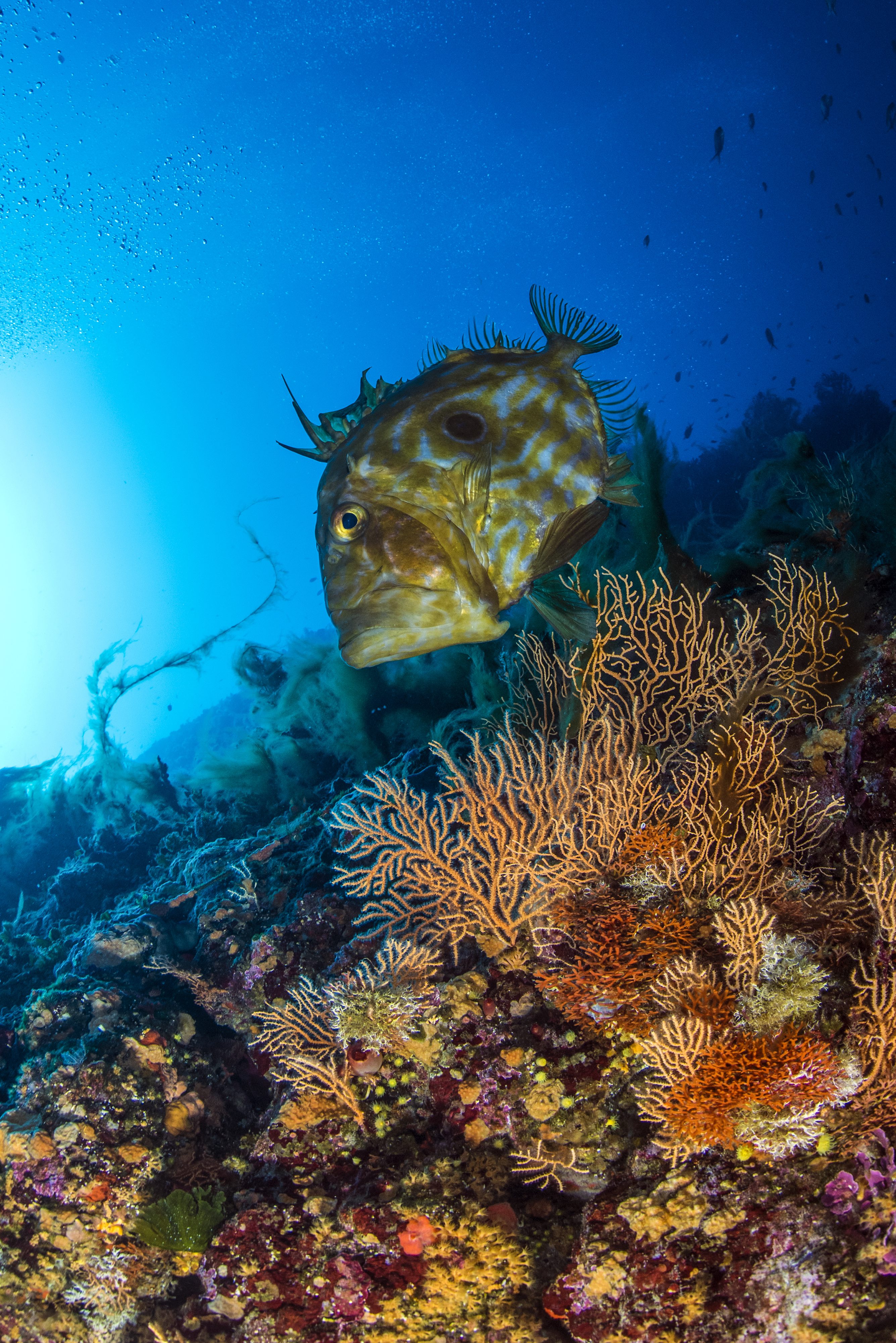 Our photo-reporters met this St. Pierre fish in the seas around Vis Island, in close vicinity of Komiza settlement. Accompanied with members of Manta diving center, they explored the sea at depth of approximately 40 meters. If you are a fan of scuba diving, consider visiting this part of Croatia. Who knows, maybe you’ll meet more kovacs during your submerged adventure.