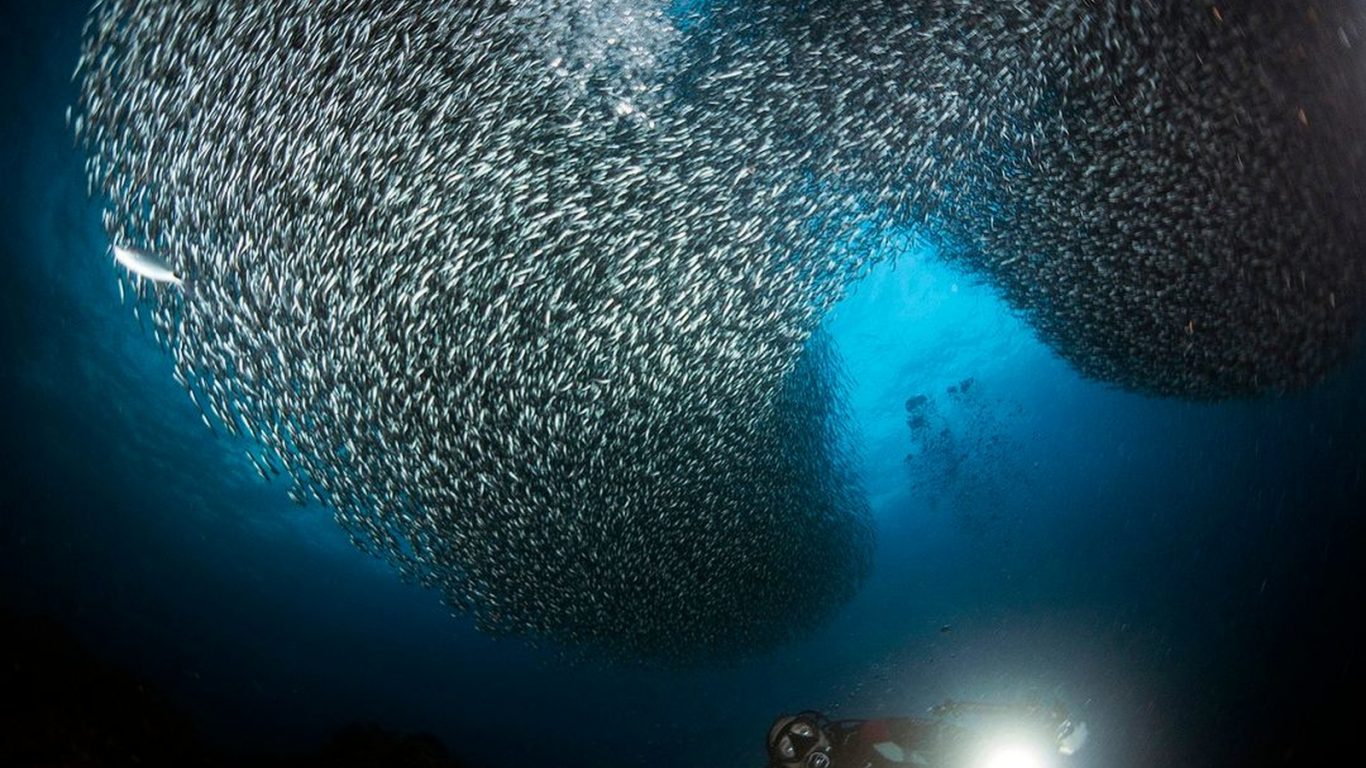 Many strange creatures happily dwell under the surface of the Adriatic. The sea blooms with life, and provides explorers with fascinating sights and animal encounters. A recent example includes a river of fish, discovered by group of divers in the seas next to Rijeka. It is not uncommon phenomenon, but always provides impressive underwater scenery. The fishes gather in large groups in order to protect themselves from the predators, forming all kind of geometric shapes. In one moment, the large school becomes a river, only to transform into a sphere a few seconds later.

The animals which you observe on pictures belong to the species known as Mediterranean Sand Smelts. They have silver-like bodies which reflect light, and a blue stripe that follows their body up to the tail. These beings rarely exceed the size of 15 centimeters, meaning they are usually caught by nets. In culinary arts, they are often coupled with larger fishes, or used to prepare soups and stews. Fishermen also use them as live baits for bigger prey.

Not capable to defend themselves efficiently on their own, smelts gather in what can literally be called an odd-shaped army of fishes. That way, they may even chase off invaders, or increase their chances of survival via better awareness.

What kind of animal encounters do you recall? Have you seen your own river of fish? Share your thoughts in the comments section below, and don’t hesitate to provide our online community with your own images and clips of vacation in sunny Croatia.