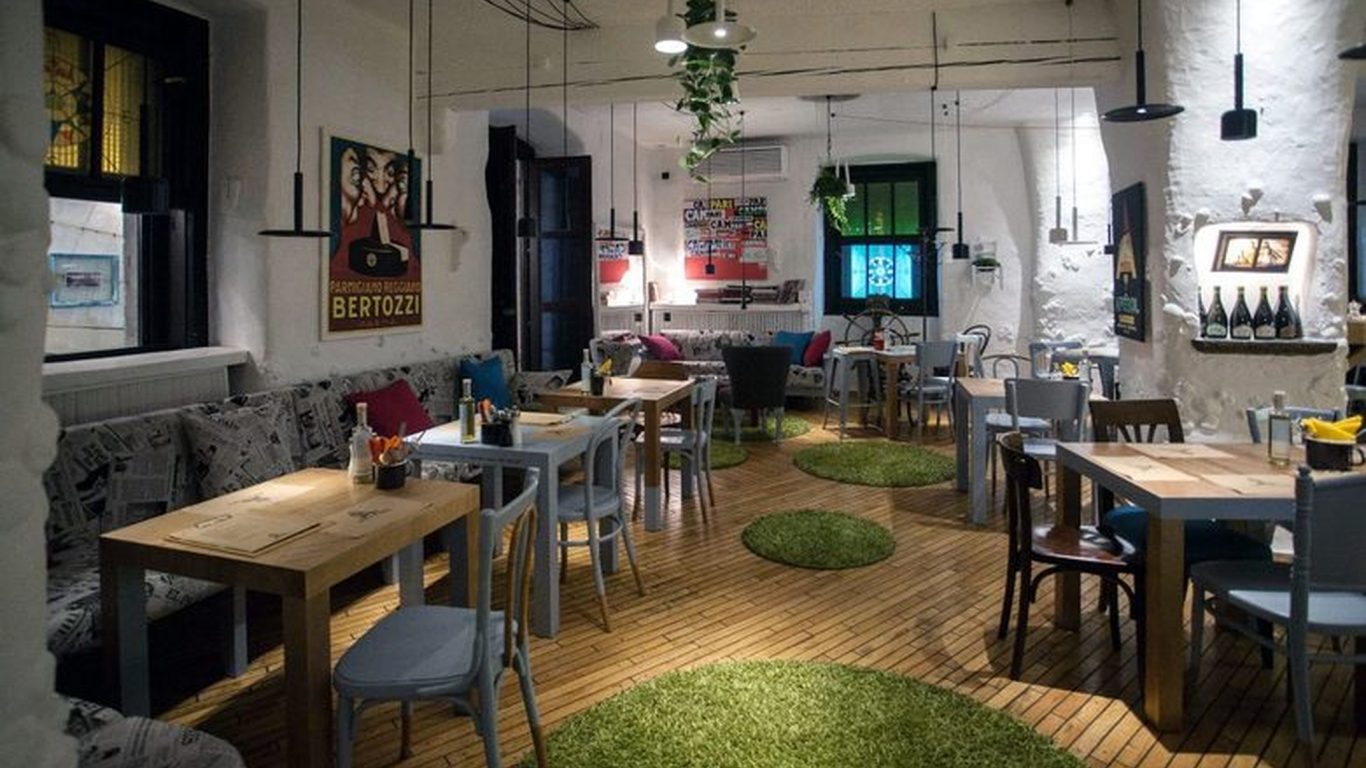 Croatia’s biggest port is called Rijeka, and it is a town of strong cultural scene and history that can be traced centuries in the past. And thanks to restaurants such as Conca D’oro, it is also a fancy destination for those who can’t imagine vacation without fine dining. Located on Kruzna Street 12, this attractive food spot has impressed reviewer Dario Naletilic of Croatian Dobra Hrana magazine. We bring you his thoughts on this restaurant.

Conca d’Oro, formally known as Zlatna Skoljka (‘The Golden Seashell’) is a restaurant of exceptionally long and often turbulent history. Existent as early as 1885 and operating under various names, it changed both chefs and owners during that time, managing to survive even three wars. One can say it did so much to happiness of Rijeka residents and their foreign visitors. 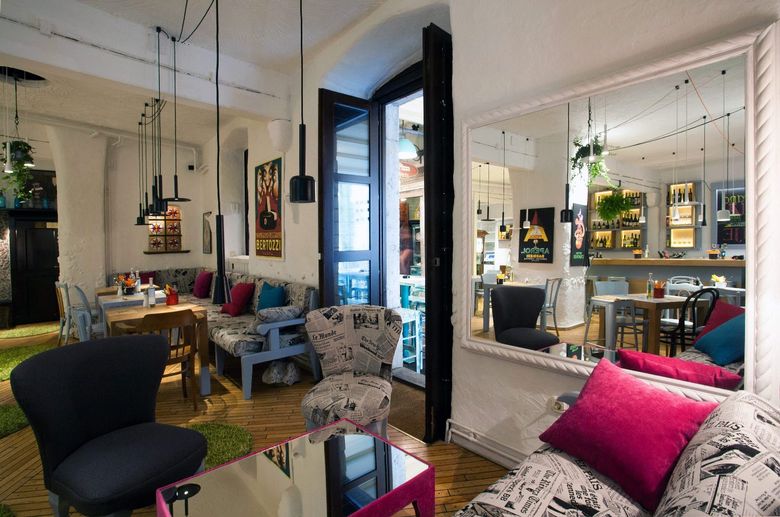 Today, this golden dining place operates as bistro and wine bar with joined pizzeria. It is in ownership of well-known Opatija-Rijeka restaurateur Zoran Marzic who also stands behind the novel concept of the locality. A lot of professionals worked on the interior design, with the final result being a playful and colorful environment with a lot of original details. As such, it looks much more different than the locality senior residents recall from the past.  Once you enter Conca d’Oro, you will can observe murals depicting historical motifs from Croatian past such as Count Jelacic and Rijeka torpedo. 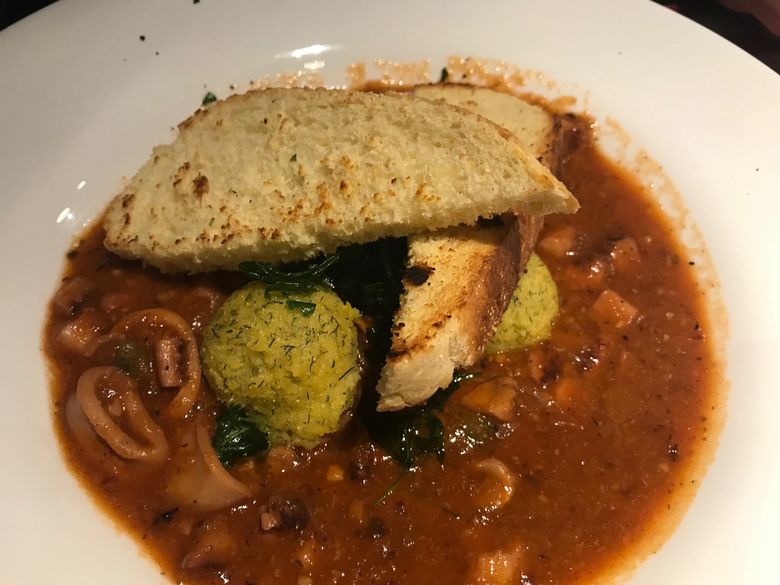 The restaurant is known for its fish delicacies, so I naturally decided to try them out. The broad menu features variety but all meals start with small snacks from which one deserves special mention: an octopus spread with dried tomatoes coupled with several kinds of bruchetta and salad dishes.  I was keen to try shrimp with sesame, roasted skuta cheese and pesto. The meal was unique, served with style and delicious with just a few extra drops of olive oil. At the same time, it was light as a good appetizer should be.

Ravioli stuffed with cheese in prosciutto and red radicchio sauce was also a delightful meal. It has easily beaten my skepticism towards prosciutto-based sauces that are sometimes served in Croatian restaurants. 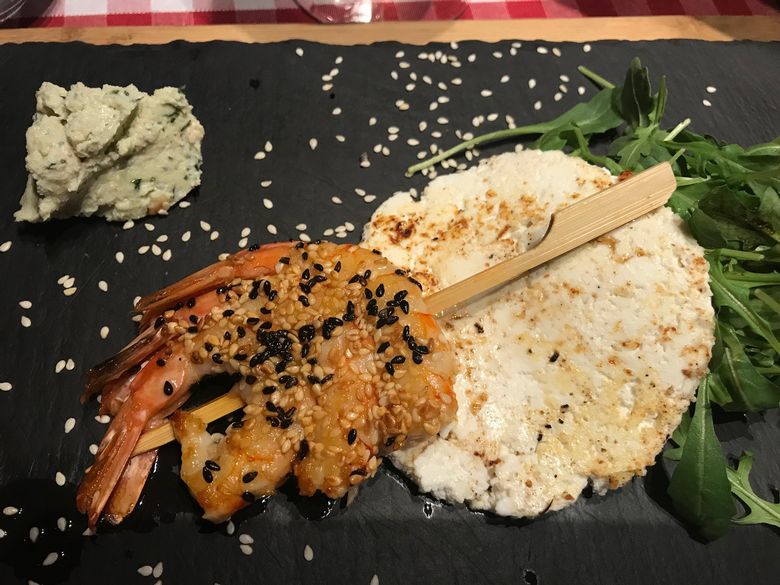 Classic pasticada with gnocchi, octopus stew and squid coupled with aromatized polenta were presented as dishes of the day. The stew was thick and rich with ingredients, made in accordance with Croatian traditions. It was served next to bread loafs which guests can use to pick up sauce on the bottom of the plate. One can call this an archetype meal that all restaurants on Croatian coast should have in the menu and know how to prepare.

My late dinner ended with apple crostata that was covered with freshly made cream and cinnamon. It was a dessert that was easy to enjoy, despite being the last course.  One can only laud its fine pastry and tasty stuffing. 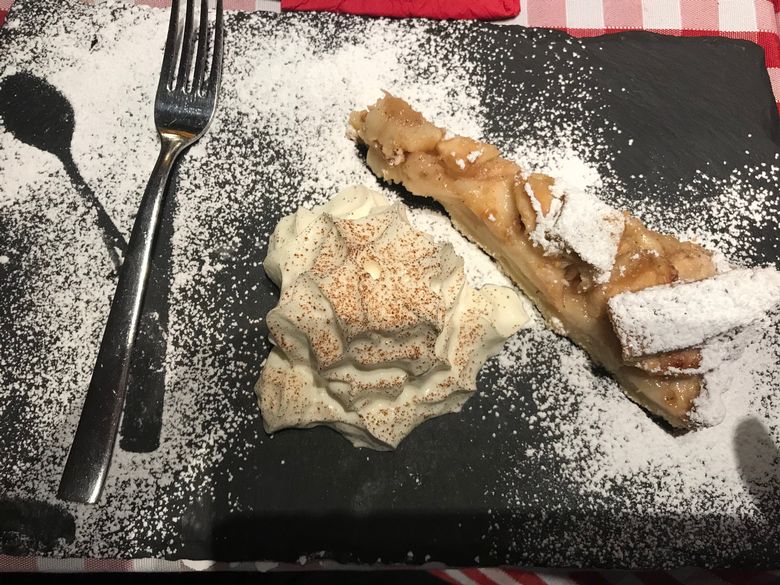 Not very large, the wine chart is probably organized to satisfy tastes of the usual guests. About ten red and white wines can be ordered per glass, and beer lovers can choose between about twenty different brands.    My choices of Kozlovic Malvazija for dining and Komovica Clai as a digestive have greatly contributed to my experience.

Conca d’Oro is a modern and urban restaurant that is worthy of everyone’s visit. It has both notable food offer and a lot of stories to tell.

Learn more about this restaurant on its official website.