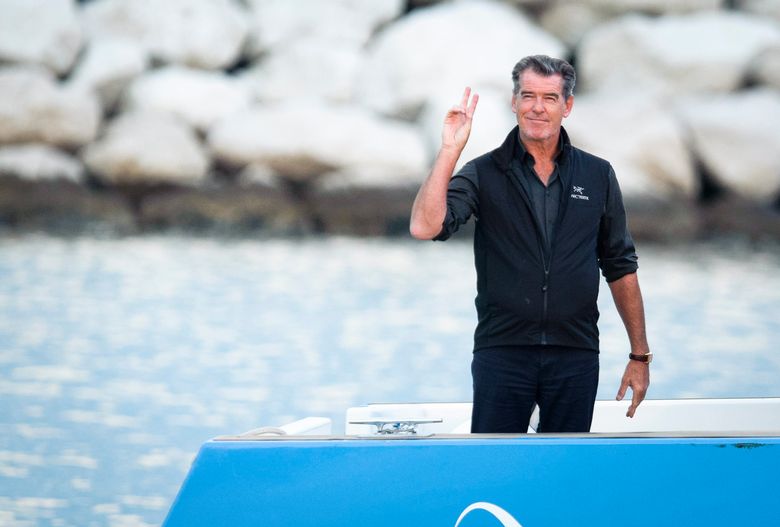 One of the most anticipated guests of Vis Island in Croatia has arrived. The Irish actor Pierce Brosnan will contribute to ongoing filming of much-awaited sequel to musical Mamma Mia, and is probably rehearsing his lines as you read this text. Just one day after his colleague Andy Garcia came to distant isle, Pierce arrived in company of his wife and two friends. The actor was in splendid mood, wholeheartedly waving his hands to fans and wittingly impersonating James Bond, whom he played in four films.

The Island of Vis is currently providing hospitality to other stars of the show, including Amanda Seyfried, Christine Baranaski and Julie Waters. The arrival of Meryl Strep and Colin Firth is eagerly expected, too.  Filming crew will stay in Croatia up to October, while the movie will arrive to theaters during next year.

Check out what arrival of Pierce Brosnan looked like in our image gallery below.