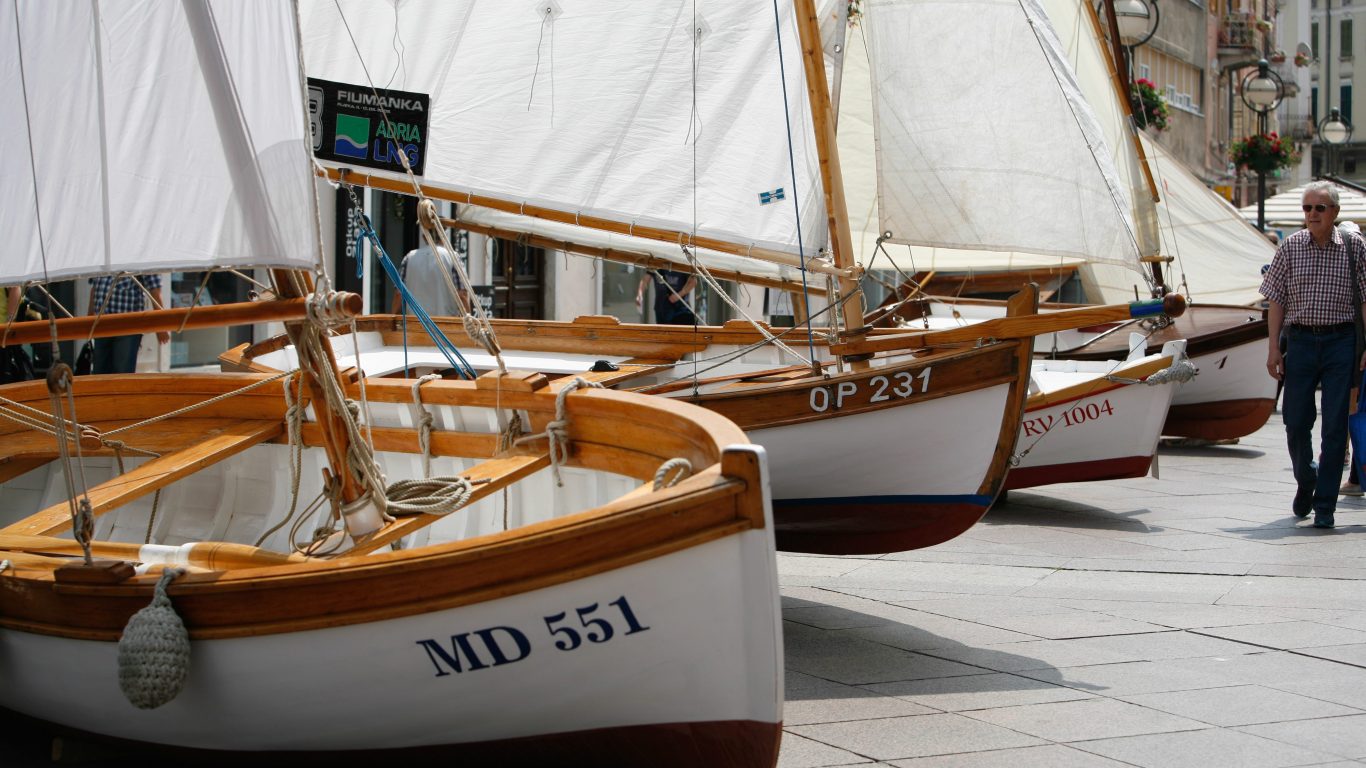 The coastal city of Rijeka welcomes another edition of FIUMARE festival, which tenders naval culture and customs associated with living next to sea. One of the event’s central manifestations is a contest for the most beautiful traditional vessel in the region. A lot of Croats safeguard the knowledge of shipbuilding, constructing and renovating their floating devices in accordance with the ways of their grandfathers.

This year, the prize went to Island of Krk, formerly believed to be the largest isle in Croatian seas. The winning vessel is called Bodulka, and belongs to the so-called krcka pasara type of ship. It was made in 1970, and won the jury sympathies for its traditionally shaped hull, sails and rope usage.

But that doesn’t mean other contestants were not impressive. You may observe them, along with Bodulka alongside Rijeka’s central promenade of Korzo. Or you may simply take a peek at our image gallery below. It is nice to know that old knowledge won’t disappear with novel generations, and that Croatian vessels will surely find their place in the modern world of sailing.