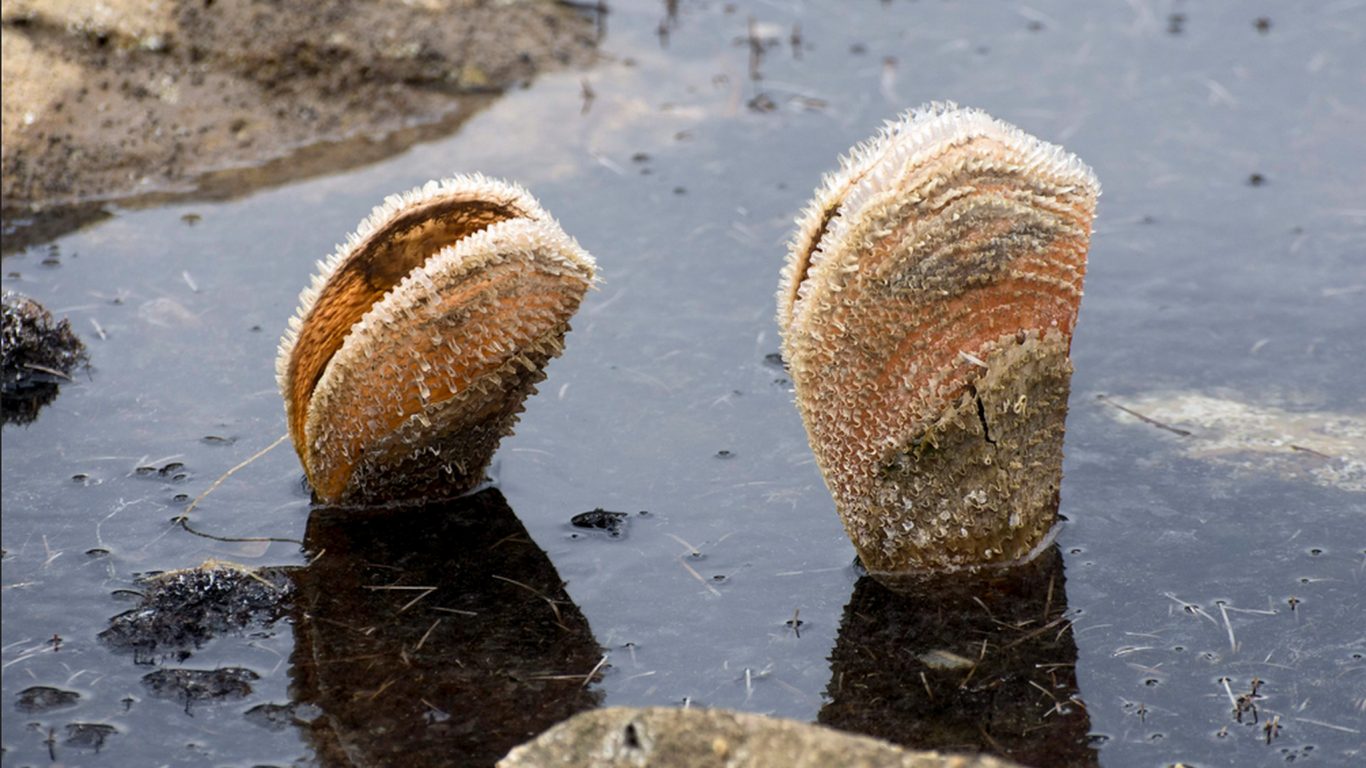 One of the most beloved sea shells of Mediterranean region is in big trouble. According to International Union for Conservation of Nature (IUCN), populations of Noble Pen Shells are being decimated all along their habitat areas. The situation is especially dire next to French and Spanish coasts, and the massive decline is attributed to a viral pathogen that spreads rapidly through underwater world.

Resembling a pair of spread wings, the noble sea shell can reach up to 1,2 meters in size. It is the second largest animal of the kind in the world and produces red pearls that look like tears. During the process, the sea shell also makes a material known as “sea silk” that has a golden shine and may have influenced the antique Tale of Jason. The Greek hero was in pursuit of an artifact known as Golden Fleece.

The virus now literally threatens the very existence of Noble Pen Shells in the world. Scientists believe it is the same kind of pathogen that caused destruction of oysters in Delaware Valley about seventy years ago. It dwells in warm waters, which limited its ability to reach other regions of the world.  However, due to global warming, it somehow found the way to cross oceans and reach Mediterranean from American soil.

The Croatian experts have monitored the situation and are glad to report that Adriatic Sea had no cases of an outbreak. However, they are quite concerned with development and hope the situation will change for the better.

Noble Pen Shells are under state protection in Croatia. In past, they were often extracted from the sea and sold as a souvenir. Once their numbers have declined because of this, the animals have received the aforementioned special status. Unfortunately, a lot of foreign visitors don’t know about it and still remove them from their natural habitats, risking a high fee.

Visit IUCN for more information about this valuable topic and learn how you can contribute to wellbeing of world seas.