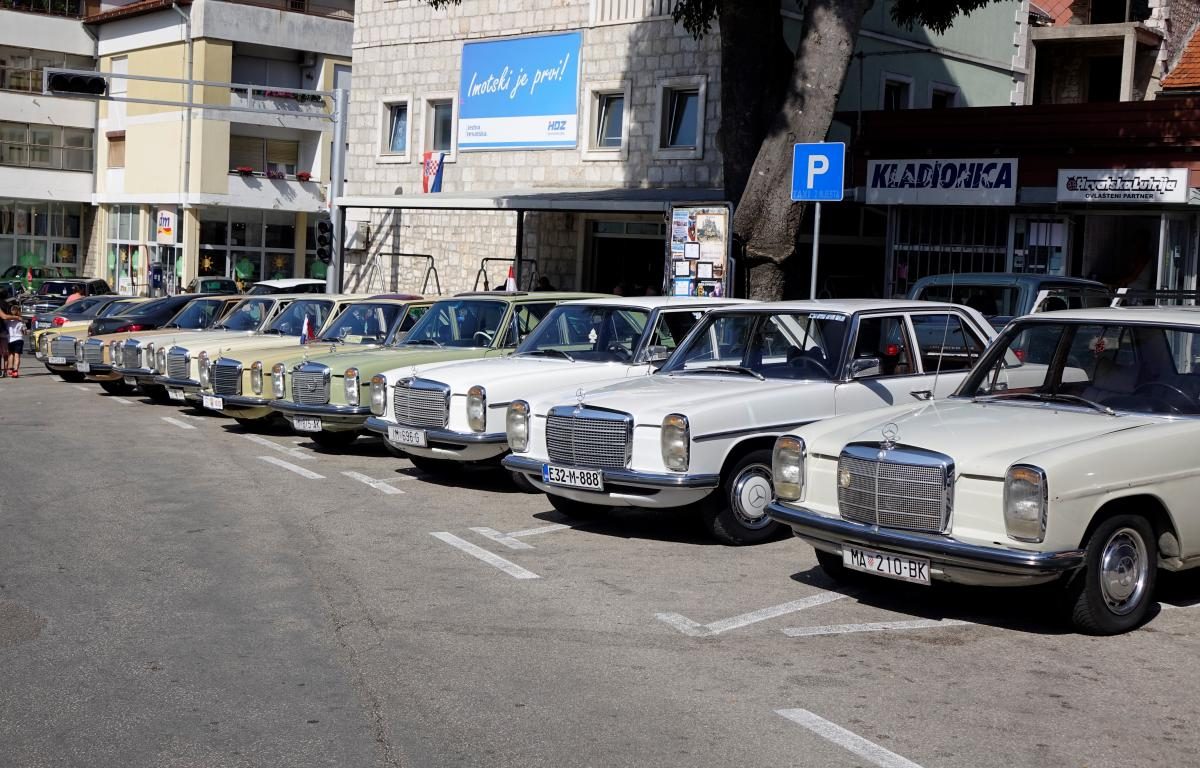 Many associate the Croatian town of Imotski with beautiful lakes of Modro and Crveno Jezero. However, the settlement which is located in Dalmatia highlands is also known for the automobilist taste of its inhabitants- they are fascinated with Mercedes vehicles, and one can be sure to find a lot of its models in local garages. This is why the town is about to receive a Mercedes Monument, as soon as all the necessary paperwork is signed.

To have one of these vehicles is a matter of pride, even if the machine itself has surpassed twenty years of service. But there’s a tale behind this strange addiction to German brand, and why the locals perceive it as more than a simple car. Back in the day, people of Imotski and surrounding counties were very poor, and had to leave their homeland in order to receive better paid jobs. In most cases, this meant leaving for Germany, which was always in need of hard workers.

During the mid-20th century, a lot of people left Imotski for these reasons, and spent years abroad. Once they decided to return, they usually wanted to show how they succeeded while being away, and that was usually accomplished by bringing a Mercedes. Soon, the car became a symbol of prestige on a general scale.

The Mercedes monument will thus be a somewhat witty testament of these dire times, and the dedication of Imotski people to make their lives better. The idea of erecting surfaced in the local Association of Oldtimers, as stated by its president Ivan Topic Nota. “Our annual gatherings usually involve a large number of Mercedes cars, there’s no denial in that,” he explained to Croatia Times source. “It is a matter of our honor, really. And we are sure the monument will give a boost to our town’s renown and tourist potential.”

According to Jolly Autoline, which represents Mercedes-Benz in Dalmatia and Lika, the idea to make a Mercedes monument will probably be well received by German Car Company. It is only a matter of time before the statue will find its place in Imotski. From what is known, it will be made from the local stone.

Which car deserves a monument in your world? Share your thoughts in our comments section below.