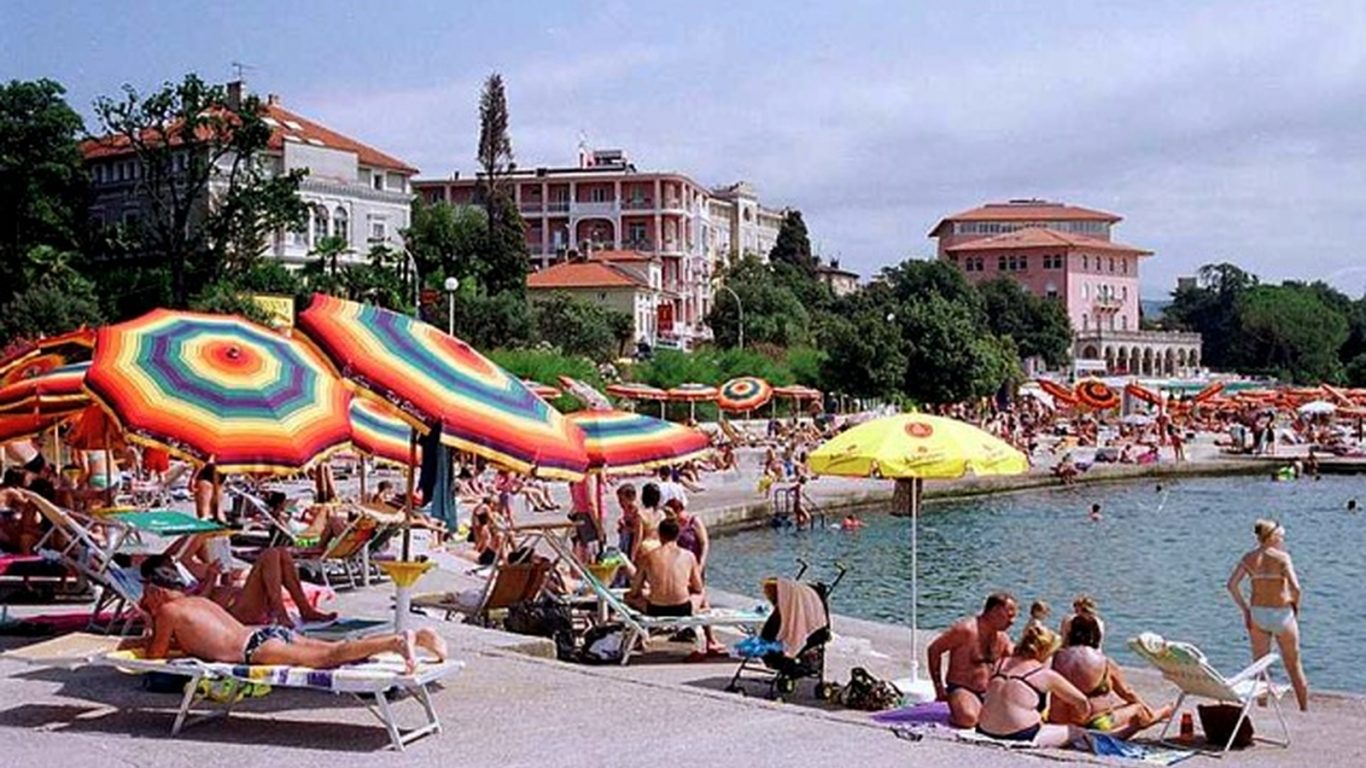 There’s no place on the Adriatic like Opatija, Croatia’s first true resort town. Driving into this seaside settlement from Rijeka catches you off guard. All at once, grand neo-baroque and rustic Italian-style villas spring up on every side – a multi-cultural collage of pink walls, fluted columns, fading red tiles, grand staircases, and tiny balconies facing the sea.

Though the area around Opatija has been settled for centuries, its modern history really took off in 1844, when a wealthy merchant from Rijeka named Iginio Scarpa built his holiday home there. He called it Villa Angiolina after his late wife, and to fill its grand rooms, he began inviting other businessmen and politicians to vacation there. A few took an interest in further developing the town – and thus began tourism in Croatia.

Construction also began on the Lungomare, the romantic 12-kilometer long seaside promenade that winds its way from Volosko through Opatija to Lovran.

In 1889, Opatija was officially declared a health resort, spurring many of Austro-Hungary’s finest physicians to open sanatoriums there. The rich and famous flocked to the seaside town, and it quickly became a summer playground for the likes of Emperor Franz Joseph, Queen Elisabeth of Romania, writers James Joyce and Vladimir Nabokov, composer Gustav Mahler, and dancer Isadora Duncan.

History buffs might enjoy a trip to Sveti Jakov, a Benedictine church complex built around 1420. Sveti Jakov later gave its name to the entire settlement that grew up around it – Opatija means “abbey” in Croatian. Today it sits in the center of town, right on the Lungomare, not far from beautiful Park Angiolina.

Another unusual attraction is The Croatian Museum of Tourism, housed in the historic Villa Angiolina. The permanent exhibition brings together postcards from yesteryear, hotel bric-a-brac (ice buckets, trays, furniture) from the late 19th and early 20th century, and a collection of unique souvenirs.

Snap a photo of: the iconic Maiden with the Seagull statue