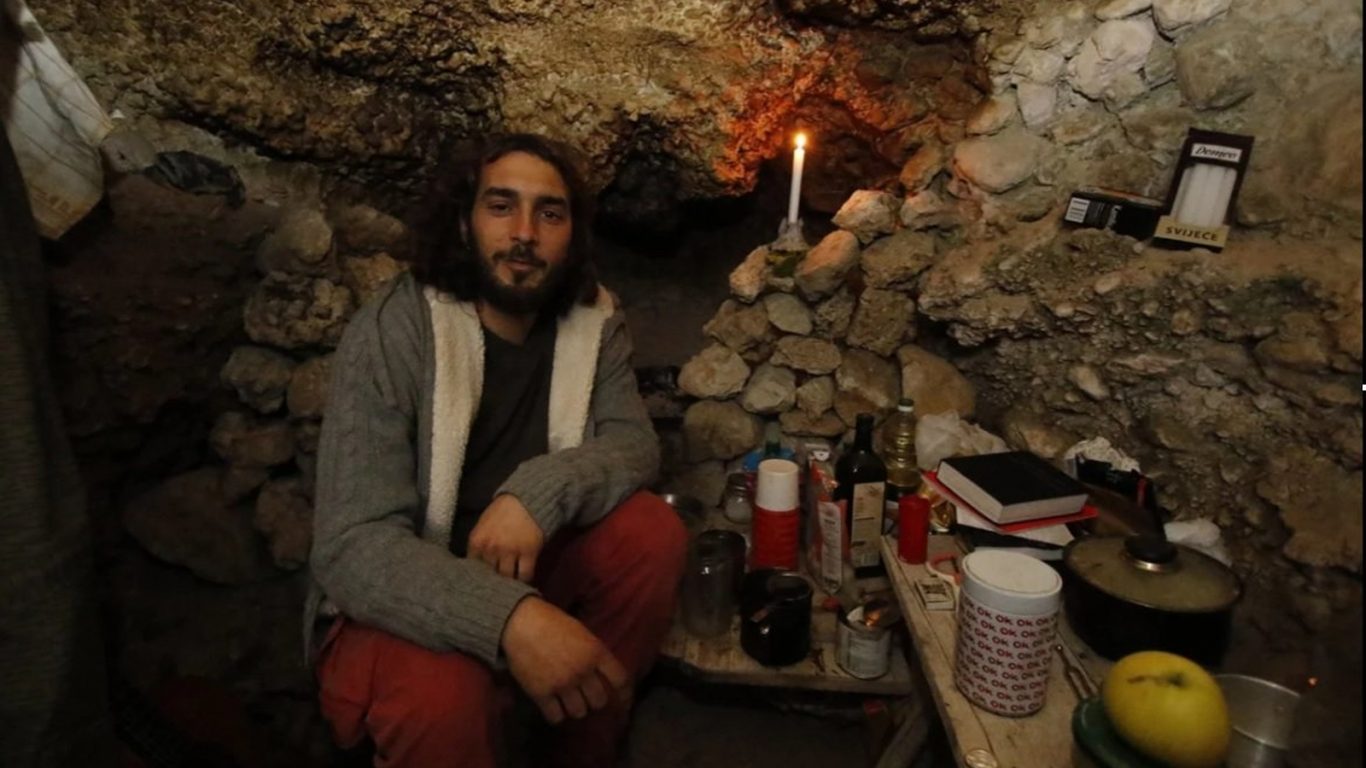 This world might care a lot about material things, but there are still people who are more than ready to take the alternative. One of them is surely Federico Delise, a 30-year old resident of Italian Trieste, currently living in a cave on Biokovo Mountain in Croatia. Settled next to Bast settlement, this interesting young man plans to walk all the way to Syria, accompanied only with his dog, donkey and female sheep with children. 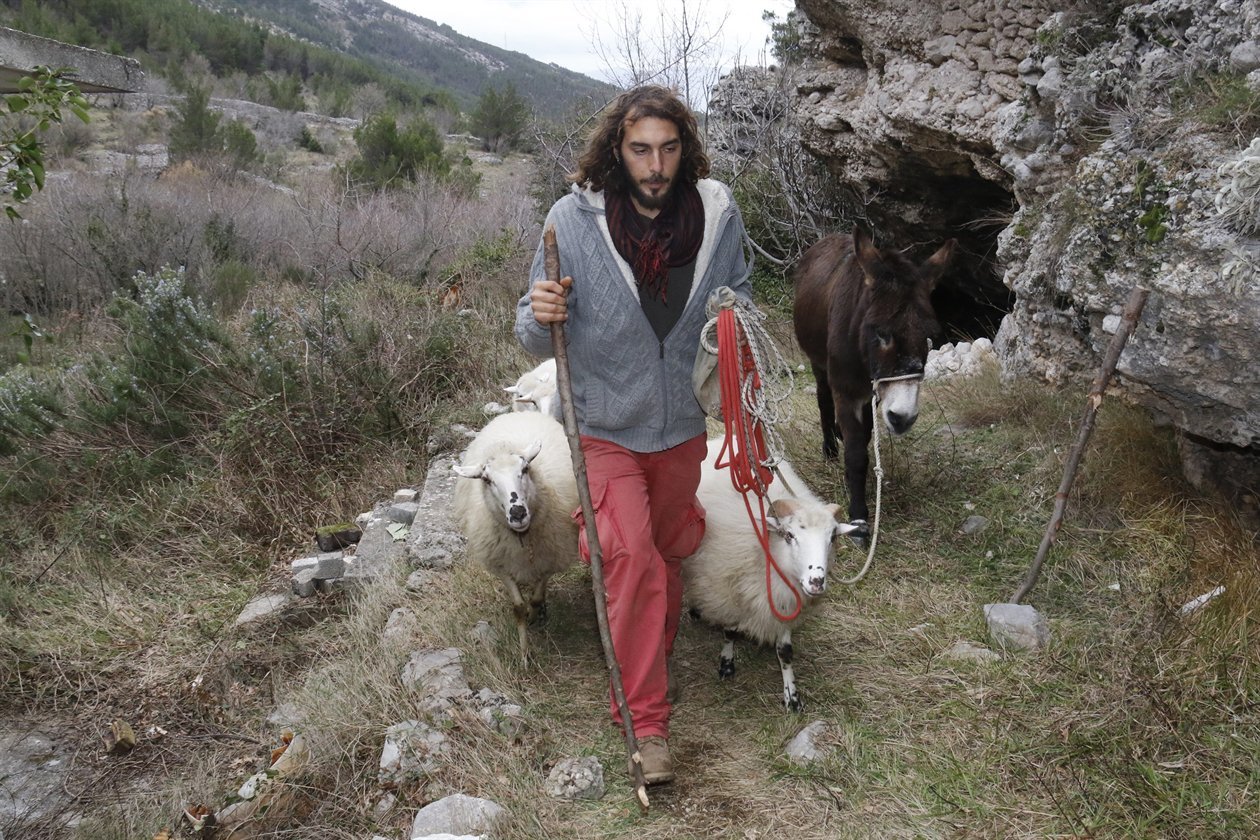 His adventure begun in Italy, from which he reached Island Cres, Town of Ogulin and Region of Lika. After spending some time in villages of Dupci and Brela, this young pilgrim reached Volac grotto, and decided to take a short break. Initially, he planned to stay only for a single month, but due to what he sees as comfy accommodation, decision was made to triple that time.

„I’m here because I consider myself a pilgrim. I went to this journey because I want to change people’s life for better. My plan is to reach Syria,“ he explained to Croatia Times source. „People always want more. To drive a better car, to have more television sets, mobile phones. Well, I’m the one who wants less.“

Federico Delise was studying architecture in Italy, and worked as a waiter.  Then, seven years ago, he decided to change his way of life. After spending additional two years in India, he chose to settle on aforementioned Island of Cres, where he wanted to live in perfect connection with nature. Finally, he embarked on his current journey.  According to his view, the war in Syria is nothing compared to some other world problems. „What is this conflict, if we won’t have drinkable water in the future? Or clean air and food? “

The pilgrim has no documentation, and his animals are lacking these as well. He hopes crossing other country borders won’t be an issue, once he explains his goal to officers. “My next stop is Bosnia, then Montenegro, Macedonia and Albania… hopefully; I will reach Syria next year. I really enjoy Bast and its people. They are providing me with food, and in return, I help them with various manual works. Plus, the cave is quite warm once I lit the fire, and there’s still grass for the animals”. 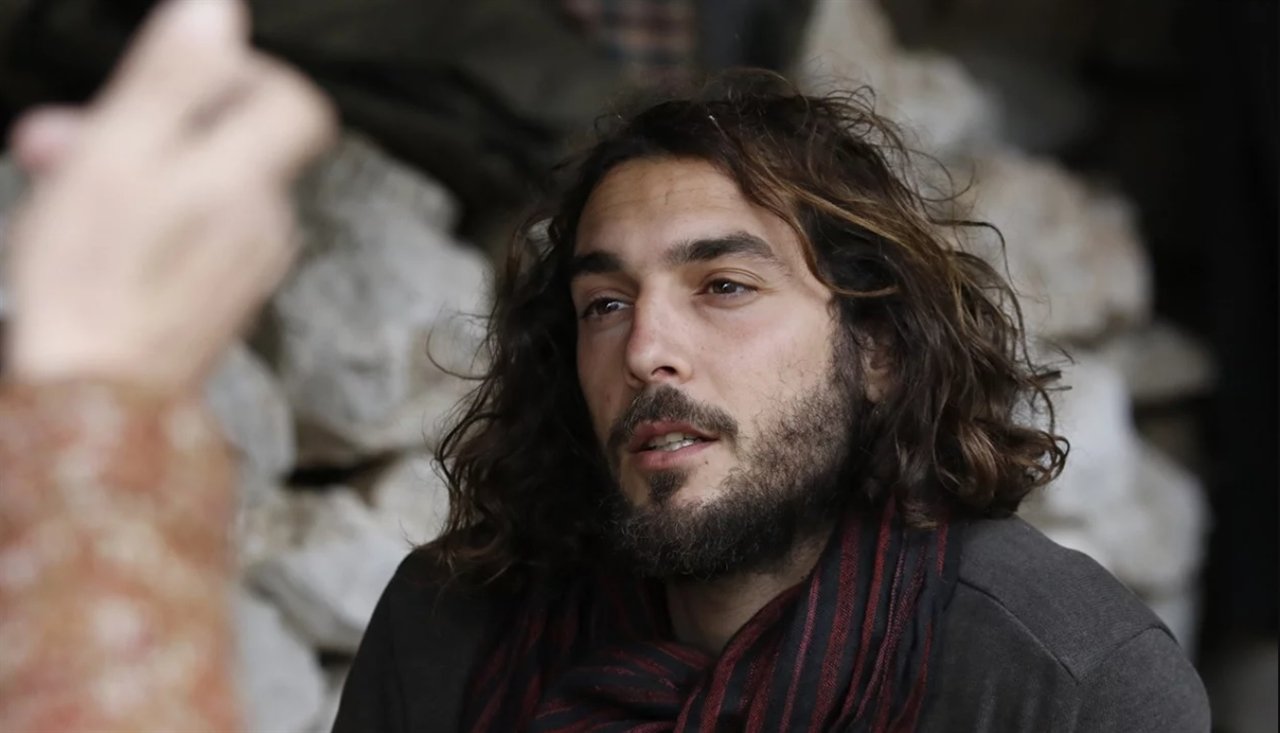 “I wish to change my life on this natural way. People should learn to live with animals again, as they need them to work, travel and eat.  We should all accept the way of living as it was several centuries ago, when money was completely unneeded,” Federico Delise explains his ethics. “I just want to be good for my God, and don’t want to be blamed for other people’s suffering.”

Although a frequent reader of Bible, this European pilgrim doesn’t declare himself a Catholic. For him, God doesn’t have a name, and religion is based upon improving this world.

What adventures wait in front of Federico? We hope they are bright, as well as hope he shares on his travels.