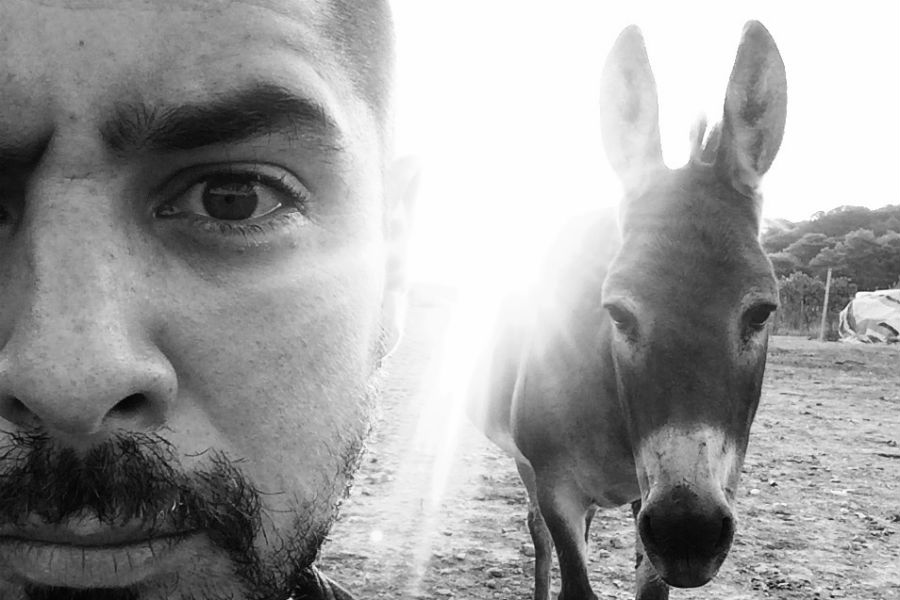 Luka Grubisic is not an unknown name on Croatian fashion scene. This notable designer worked as brand manager to some of the country’s most influential companies, and his future plans include a magazine and online portal. But Luka never abandoned his original love- cooking and prepping exquisite dishes.

In order to sharpen his skills, Grubisic has abandoned the mainland of Croatia, and headed to the distant inlet of Veli Budikovac, located in Vis archipelago. The small-sized destination has merely one resident, a retired captain called Andre Slavic, who owns a restaurant serving nothing but prime meals of Dalmatian cuisine. His guests usually include wealthy yacht owners, but their money won’t mean a lot if they aren’t on the same page with the main chef. The controversial cook has been known to deny the service to certain visitors, if they misbehaved, and even chase them from Veli Budikovac itself. But those who know better have a chance to try true Croatian delicacies.

Grubisic, on the other hand, managed to find common ground with captain Slavic, and is fondly learning his tricks. “The day begins with heating water for potatoes. Then, the veggies are being prepared for mashing, salads and stuffed peppers. It’s a great appetizer for fish, such as Adriatic sardines. Today, we made some goat meat and rooster under peka,” the famous stylist explained to Croatia Times source.

“Later, we plan to make some pastafazol (a kind of brew that joins pasta with beans) and cook some lobsters. Things tend to be crazy here, there’s so much to do. At the end of the day, I just take a swim in the sea and head to my bed.”

Even in the peak season, Luka and Andre are almost the only inhabitants of the island. The only company comes from local glamping resort, but since it numbers merely five tents, it really doesn’t make much difference.

As for the captain, he was very supportive of his student. Although he isn’t ready to cook pastafazol yet, he lauded Luka’s risotto. “I told many Croatian politicians that they can work in my kitchen, once their careers end. There’s glamping camp, there’s restaurant, there’s whole lot of animals, there’s job for everybody,” he concluded wittingly.

What can be expected from this duo of passionate people? Nothing but the best, both in fashion and dining.