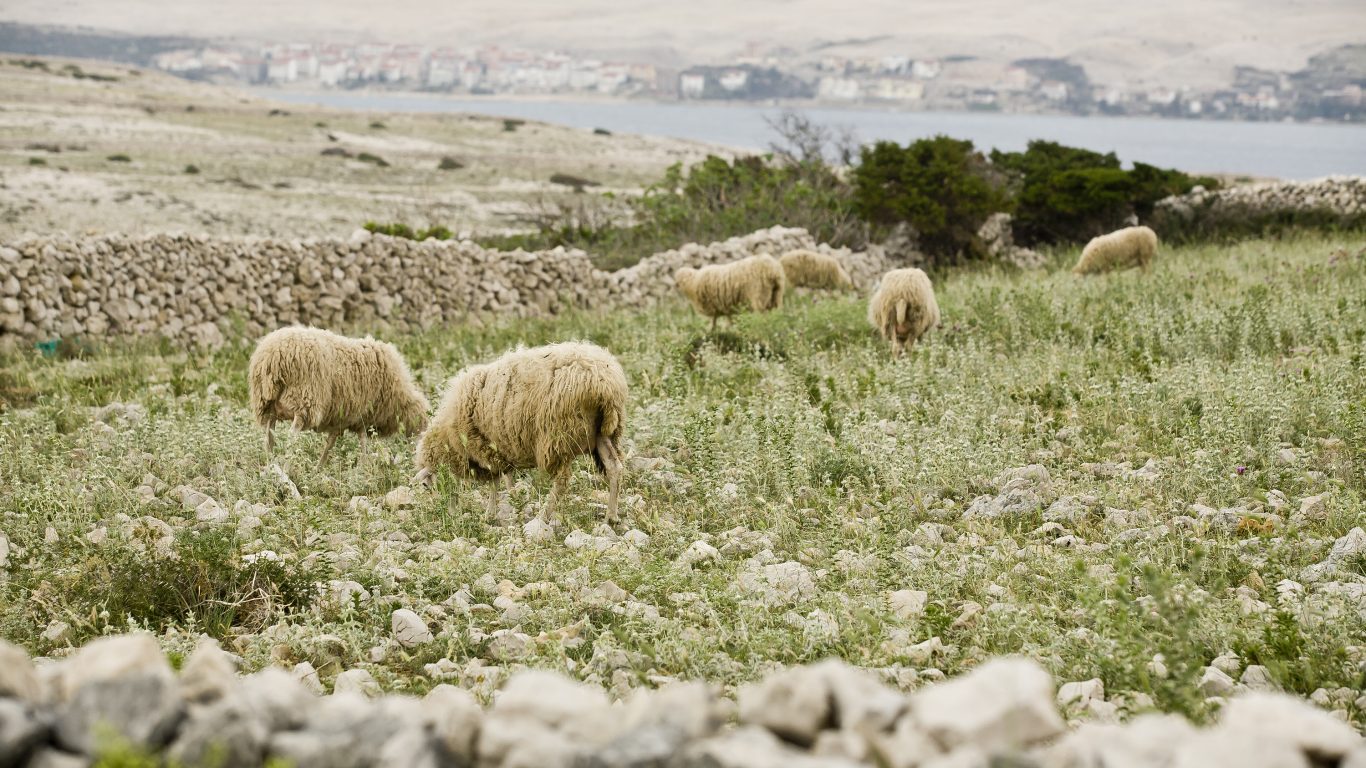 Croatia has many legends and folktales that sometimes mix true events with those of imagination. Numerous local artists were inspired by these stories of mystical beings and grandiose heroes, such as Ivana Brlic Mazuranic. The Legend of Caska Town, however, is more tied to Biblical topics.

As the tale goes, Caska used to be a very prominent city, located on the coasts of Pag Island. As the wealth accumulated, the locals became quite relaxed in their lives, often venturing in sinful world of lust, greed and injustice. These acts became so frequent that God decided to punish the citizens of great city, but not before securing the rare good souls that didn’t succumb to amorality.

In order to save the righteous, God ordered an angel to investigate the lives of Caska residents. Yet, the sole investigator couldn’t find a single soul that wasn’t influenced with sin. He already wanted to leave the city, when he discovered two little sisters, called Bona and Mala. After talking to these two young ladies, the angel discovered Bona to be only resident of pure heart, while her sibling was as evil as the rest of Caska people.

The day of settlement’s judgment has come. Before celestial flames obliterated the town, angel warned Bona about what is to happen, and guided her south of Caska’s borders. From safe distance, she observed as her home town was destroyed, together with all the gold and emeralds it gathered during decades.  At the end, the magnificent town disappeared under the sea surface, forever to be discarded from the view.

Sad, but aware that residents had to know better, Bona settled with a local shepherd. She married him later, and together they formed another town- the one which we know as Pag, and which became quite a popular tourist destination.

Even today, scuba divers that explore Adriatic depths around this island may find old ramparts on the sea bottom. Historians claim these belong to ancient civilizations that ruled Pag in distant eras. Who knows, maybe some of these abandoned structures might prove the legend of Caska Town genuine? Whatever the case, the island is a perfect locality for your summer leisure, offering both relaxation and excitement.

I love hearing stories about Croatia. I was born in Germany after the WWII, my father was from Bosna and my mother Hungarian born in Slavonia. I have been to Croatia 2 times. Nine months the first time and 3 weeks the second time, many years apart. I have always loved Croatia. Drove the Adriatic coast from Dubrovnik to Zagreb. There are more places I would love to see, the beauty is endless.

Nice to read this, Anna. We hope you wil find even more places to visit in Croatia.