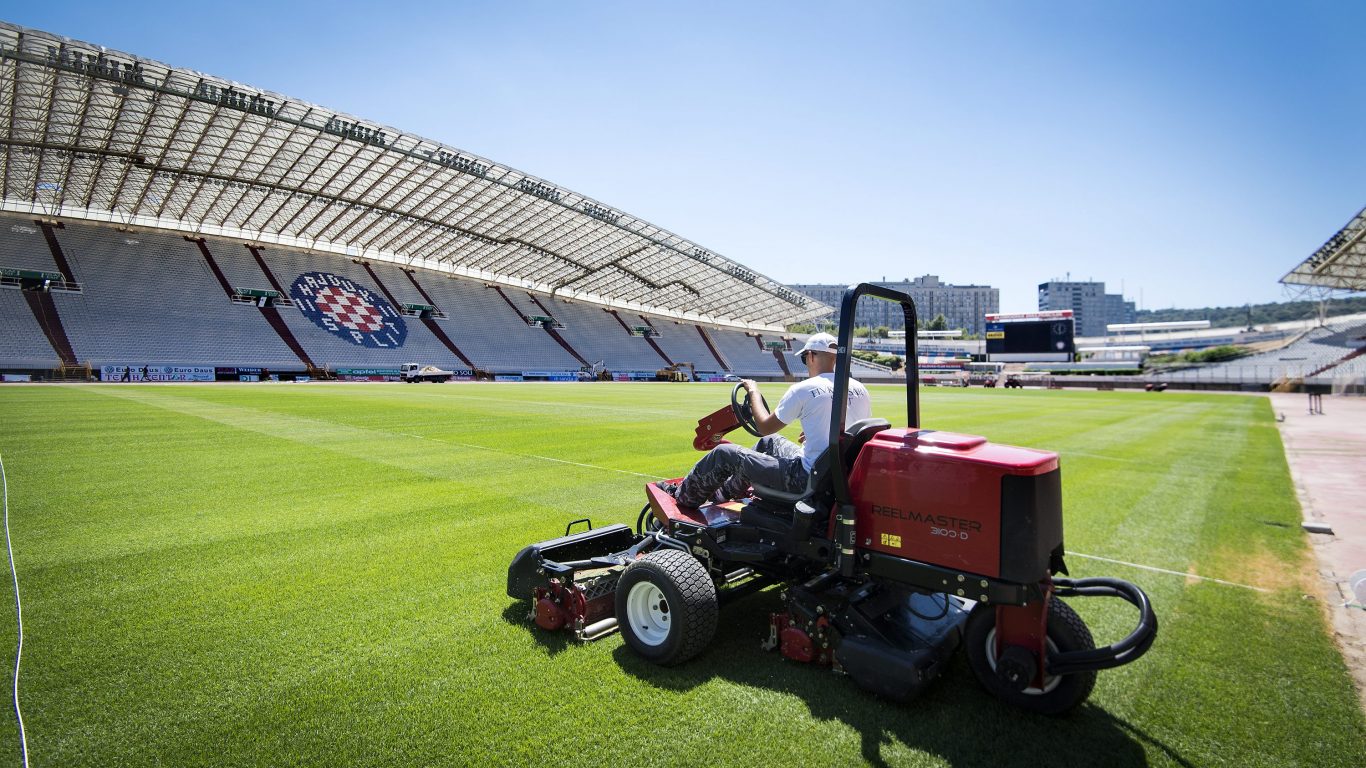 Not even the high temperatures will stop Split people from taking care of their pride. The grandiose Poljud stadium has been the city’s landmark ever since it was opened in 1979, and needs regular maintenance on daily basis. If nothing else- the grass needs to get a cut.

Constructed to support the Mediterranean Games of late 70’s, the stadium can be found in Poljud neighborhood of Split. It was designed by architect Boris Magas, who was inspired by similar landmarks in Italy and Japan. The site can host up to 35 000 people, in most cases these being soccer fans. In addition to sport events, Poljud welcomes pop singers and spectacles, most recent being the renowned Ultra Europe Festival.

Poljud is an official stadium of Hajduk Soccer Club, which is another point of pride for Split people. Founded by Croatian students in Prague, this sport organization is among the oldest and most influential in the country.  During its history, it recorded ups and downs, but always managed to secure its status as a strong asset of Croatian sport culture.

If you are a fan of soccer, and in visit of Split, don’t forget to visit this fancy and inspiring locality under Marjan Hill.