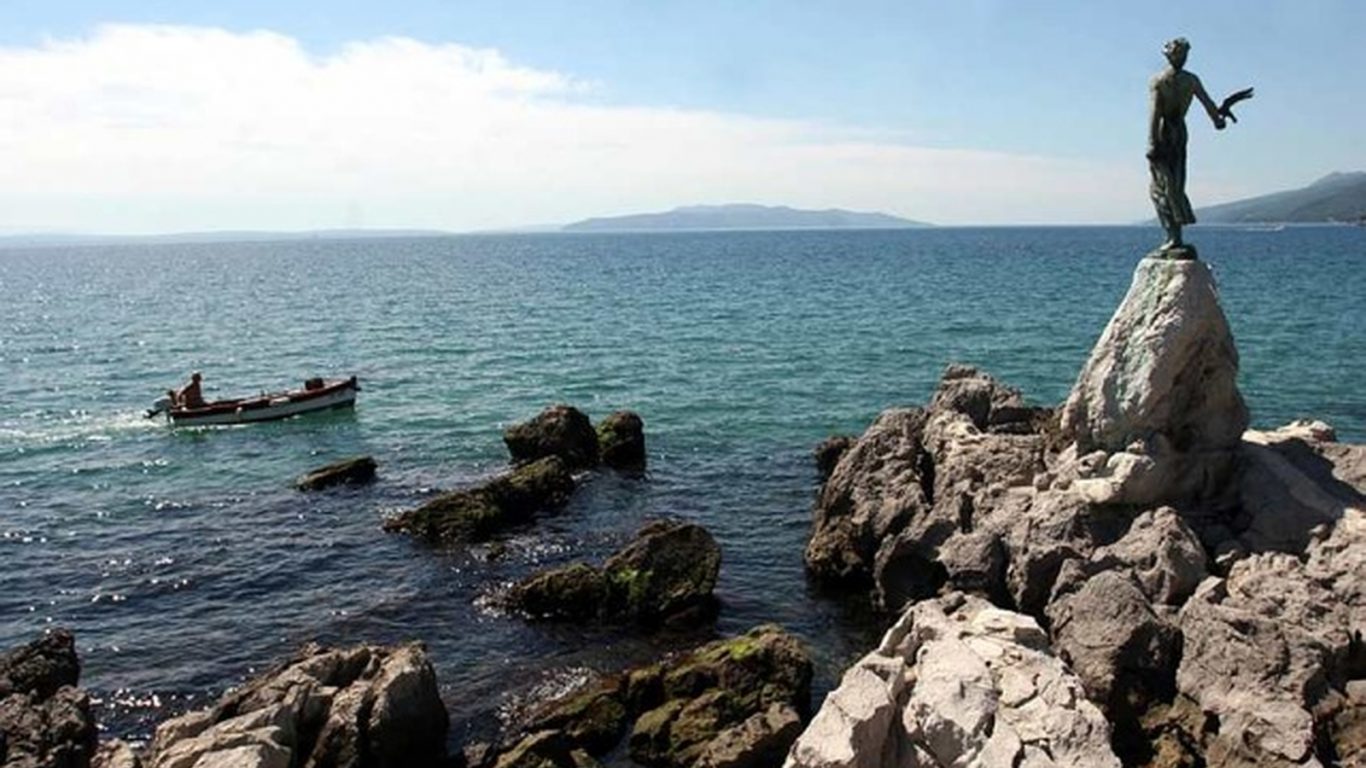 The coastal City of Opatija is the place well worthy of everyone’s visit. After all, it has been regarded as a tourist resort as early as 19th century. One of its symbols is surely a statue of a young girl next to a seagull that can be seen situated on the rocky coast.

In past a statue of Virgin Mary was put on the spot commemorating victims of a tragic shipwreck. Due to environmental damage it was removed and replaced with a maiden with seagull. It is a work of sculptor Zvonko Car and represents the beauties of Adriatic life and its correspondence with the sea.  The statue is often depicted on Opatija’s advertising materials and is one of the most popular photographing destinations in Croatia.