One year ago, Split resident Katarina Gvozdanovic wasn’t having a great time. Her business entrepreneurships succumbed, leaving her without job and stable future. She found a little comfort in designing clothes, a hobby that she always tendered. It took just a few social media posts for Kaviy Couture brand to be formed, launching Katarina to become of the most sought designers in Croatia.

“Our clothes are already being sold in concept stores of Salzburg and Ljubljana. As for Croatia, you can find them in about ten boutiques, from Split to Vinkovci,” Katarina explained to Croatia Times Source. “We also became quite popular on local celebrity scene, as a lot of singers and actresses begun to wear Kaviy Couture clothes.” 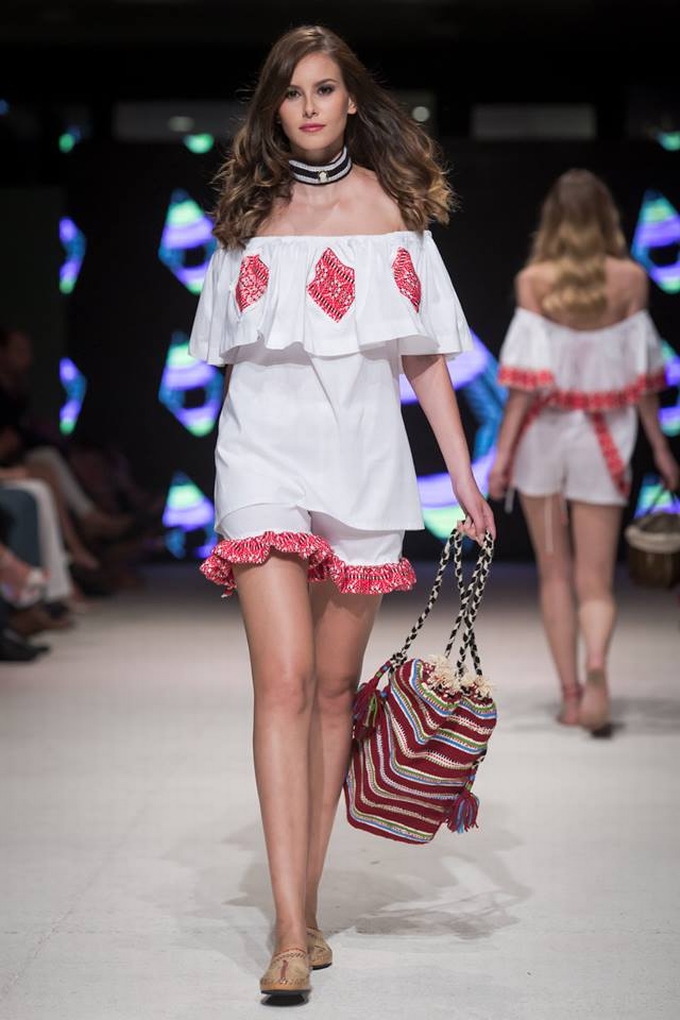 The company makes unique cloth pieces. No two are identical, thanks to genuine decorative patterns which are inspired by various Croatian traditions. Thus, you can find Katarina’s dresses to have heart-like patterns which are popular in Sestine region as well as golden biding commonly used in Dalmatia. “I was also approached by representatives of Australian website Uppermod, which showed interest for Slavonian straw bags that I decorate. They are called cekers,” Katarina notes.

Although having no formal education in design, Katarina became quickly recognized as a talented individual in local fashion industry. Her initial steps were encouraged by her daughter, who worked as a model in her teen years. “I make sketches in our own home, usually in the night hours. That’s why I keep a pencil and some paper next to my bed. Once I finish the design, two of our associated tailoring saloons turn them into actual pieces of cloth.”

Kaviy Couture might soon have its very own showroom. Inspired by Croatian history and distinctive cultural inheritance, the brand might become one of the most successful ambassadors of Croatia on the global scale. As for Katarina, her tale should be an inspiration to us all, confirming that dedication is the best road to success.

Is this Katarina?? I am visiting Croatia on a bike trip. After the biking part of the trip we will be in Split for a couple days.

I need a mother of the bride dress. Her wedding is 7/21 so not much time. When I asked google where are seamstresses in Croatia your name and picture came up immediately. I’m struggling with what to wear. Do you dresses in shops in Split and anywhere around there. We’re going to Hvar for a couple days.
Please let me know if you you can help me. This is an American wedding and “beach formal”. Can you help me?
Tricia Boyd

They are responsive to messages.